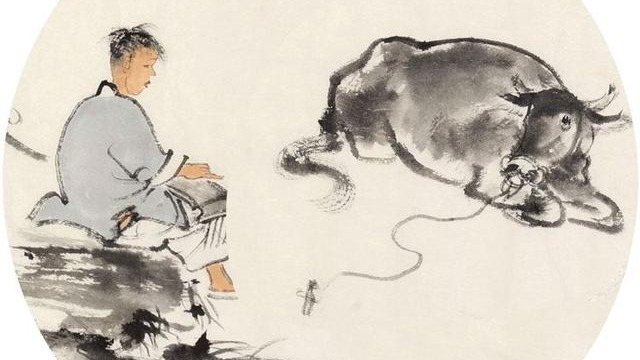 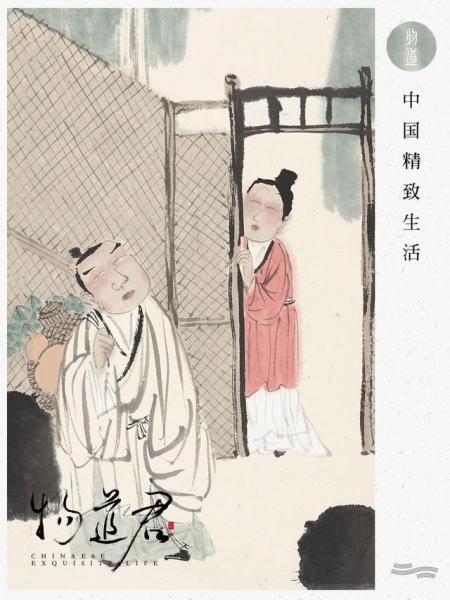 Life is bitter and sweet, it is better to listen to a joke and be happy. Be laughed and laugh at others.

Recently read a book and saw a joke that made Lord Yan faint :

"Cong Congwen at first, missed for three years; after Xi Xiu, the school field made a target, middle drum officials, chased out; then learn medicine, and succeed. Write a recipe, serve it, die.

Then went to the prefecture, waited for Yan Wang Sheng Tang, was impatient, and asked, the ghost said: Wang Yue read the files under his feet, laughed, shocked in the back hall, did not wake up. "

Going further, I found that the ancients' ability to tell jokes is not worse than ours.

Wudao Jun wants to share fifteen jokes with you today, I wish you happy to spend the remaining 15 days in 2019.

During the Sui Dynasty, Hou Bai was a paragraph player. One day he met his buddy Yang Su.

Also Hou Bai, this day he presented a puzzle to a friend, saying that there is an animal the size of a dog, but looks the same as a cow. 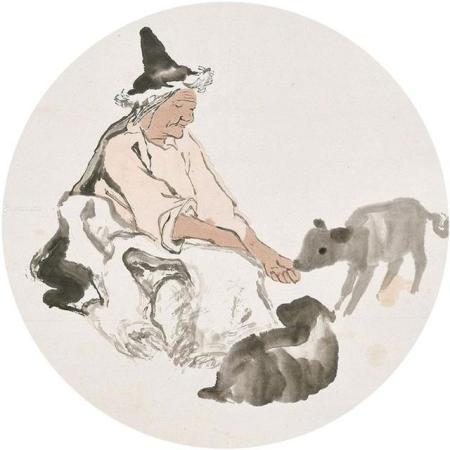 During the Song Dynasty, one day Su Dongpo came to play with his brother, Buddha Seal, to enter the temple and wanted to make fun of his friends and shouted :

"You say that the poet is really great wisdom, and often use" monks "to" birds ", such as' birds stay at the poolside tree, monks knock at the door of the moon '," and' sniffing woodpeckers, suspected to be a door monk.That ’s great. "

One time, the two went to worship the Buddha. Su Dongpo saw Guanyin holding a rosary in his hand. So he asked the Buddha's seal: "Why do you say that Guanyin also chants?" 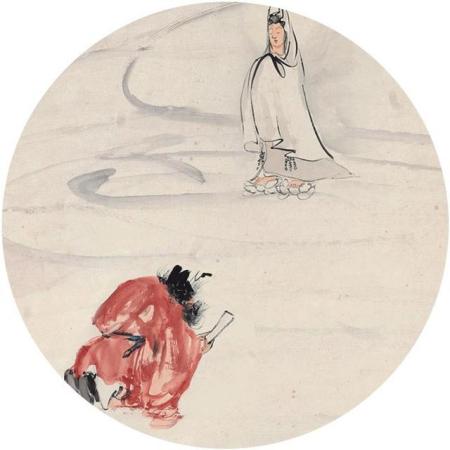 In the Ming Dynasty, Wang Zhongsu walked with a friend, and a beautiful woman walked by. The friend turned his attention, and turned away.

Friend: "You don't even know the name of someone else, how do you know she has magical power?" 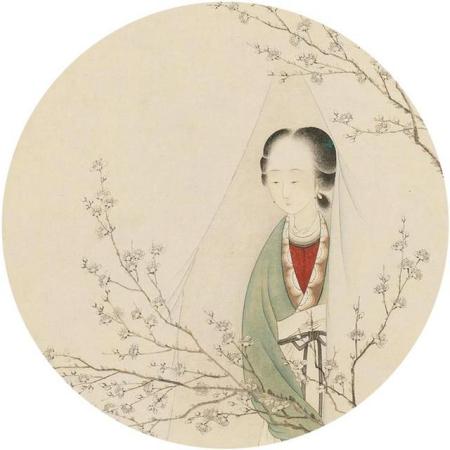 There is a wife who gave birth prematurely and gave birth to a child in seven months. He was afraid that he would not raise enough, so he asked what to do when he met someone.

It happened that a friend came over this day and he said it. The friend replied: "It's okay, my grandpa is also a 7-month premature baby.

"Oh my God, did your grandpa grow up later?" 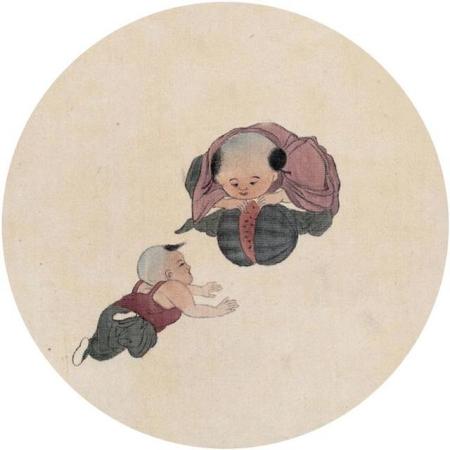 Someone came over and asked :

"How is this medicine used?"

"This is simple, you just grab the flea, then apply the medicine on its mouth, and then die on the spot." 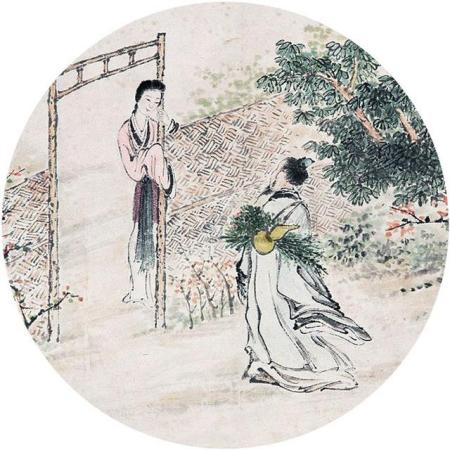 There is a doctor who often cures people, and is often punished by pulling the stone mill to grind wheat, and only returns after finishing ten burdens.

This day, someone came to see him again, he answered :

"Know, you must prepare ten loads of wheat first, I'll be right there."

On a rainy day, some people walk slowly in the rain without umbrella or shelter. The passerby couldn't understand the operation, and asked carefully :

"Aren't there also rain in front."

There is another person who fell down and struggled to get up and fell again.

He is very angry at himself :

Someone is very frugal and only eats two dishes a day, "picked leeks and mixed leeks". After coming out of his house, he bragged that he could eat eighteen dishes a day.

During the Sui Dynasty, Confucian master Liu Ye and Liu Xuan were imprisoned, put on shackles, and the uncle and nephew began to chat and complain.

Wifeless wife, wife has no wife.

Someone likes to eat stewed beef heads. He once dreamed that he was taken to a prison in a local government. The jailer was a bullhead ghost. When this person saw it, he drooled and touched his head :

"It's just this big bull head, it's awesome when it's halogenated."

The minotaur is scared and released him back.

A scholar who loves to play the piano feels depressed every day, because he feels that no one knows him.

He played a song that day and heard a sigh next door. The scholar thought he had found a friend.

Knocking at the door to see an old grandma, grandma cried and said :

"I'm in touch with the scene, my son played cotton during his lifetime, you played too much like him." 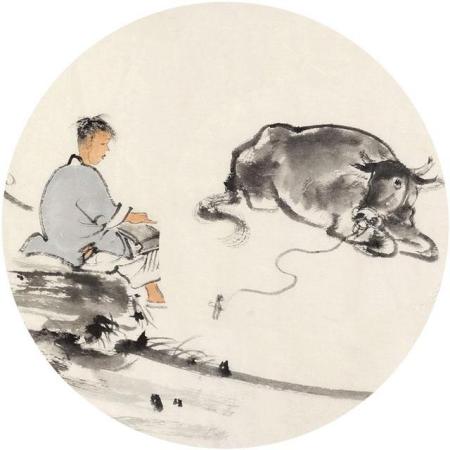 One day, a military attache was on a night tour and caught a late returnee who was busy defending. 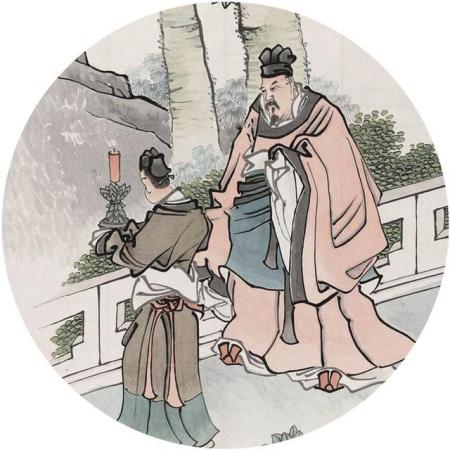 There is a person named Han Jian who has a rough nature. Whenever I face a literate person, I do n’t know what others are saying, so I feel often ashamed. So he asked a tutor to teach him the Analects of Confucius, and became a teacher.Speaking :

"I have five ambitions to learn, and thirty are standing ..."

He wanted to show off that he finally understood, so he said: "I now know that the ancients were so thin, that they could walk upright until they were thirty." The scene is very lively, and a minister wants to show how good he is at making flattery, so he stepped forward to congratulate. 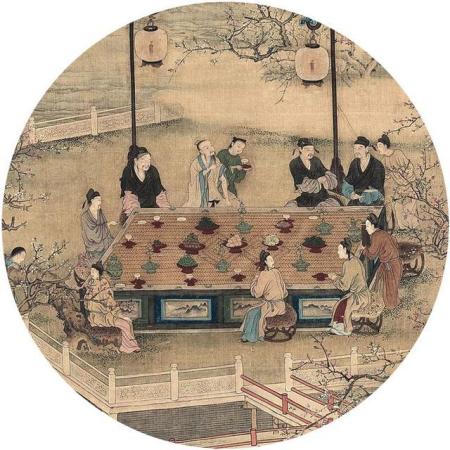 There is a scholar who wants to show off his teacher's inheritance, so he told people everywhere that he is a fan of Su Dongpo. This time someone asked him :

"Su Dongpo is versatile, do you like his poetry or calligraphy?"

"No, I like to eat Dongpo meat. You can see that this meat is stewed soft, but not fatty, but it is delicious." 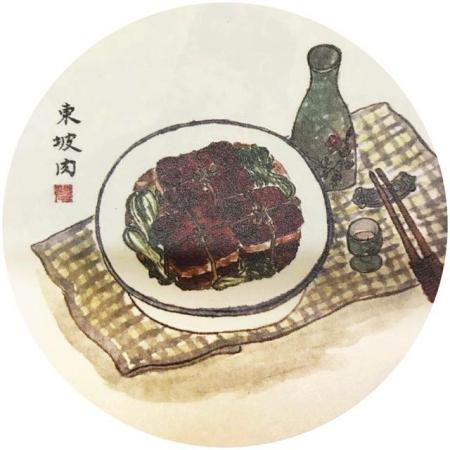 Zhang Aoshan had a question in an exam, the title was "Feng Fu is good at fighting tigers" Feng Fu was a tiger and a brave man during the Spring and Autumn Period. At this time, a student answered this question :

"Mrs. Feng, a woman also, but she can fight tigers, not only, but also good. How does she fight? First choke it, then chop its head, peel its skin, and then throw it inWould n’t it be delicious if cooked and eaten among the five flavors? " 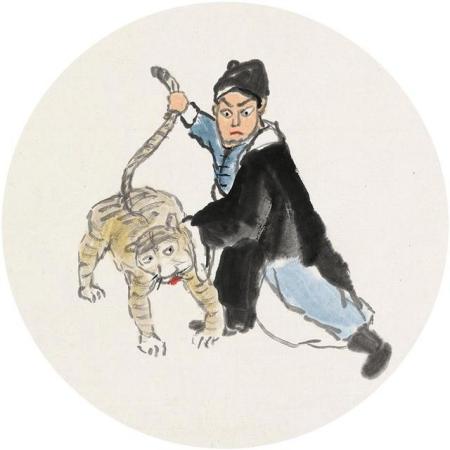 Joke seems to be a catalyst for happiness, a pain reliever.

Although there are few jokes, sometimes a joke is like the same beam of light, which faints into the darkness.

The gentle power behind its ease is enough to make the depressed person smile and the pessimist to move forward.

I hope you can move forward with a smile for the rest of the year.

The text is original and authentic, the picture comes from the Internet, the copyright of the picture belongs to the original author.