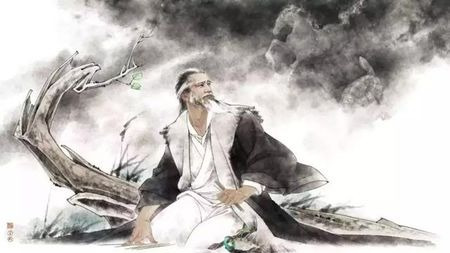 Xin Qiji, the first ancient puzzler of the Song Dynasty, why writing words is just a hobby, killing talent is the main business?

People searched for hundreds of thousands of Baidu, and looked back, but the man was there, in a dim light.-"The Jade Case · Yuan Xi"

Just looking at the classic love word that is necessary for the sister-in-law, everyone will probably see a young and elegant man with a book-like atmosphere.

Sorry, however, this poem successfully lied to us.

Chen Liang, a thinker and a great writer of the Southern Song Dynasty, and a good base friend of Xin Qiji, said of Xin: The vision is sharp enough to reflect the lords of the world, and the burden is heavy enough to carry the weight of the four countries.

Chinese textbooks are not completely honest, Xin Qiji in the book looks like this. 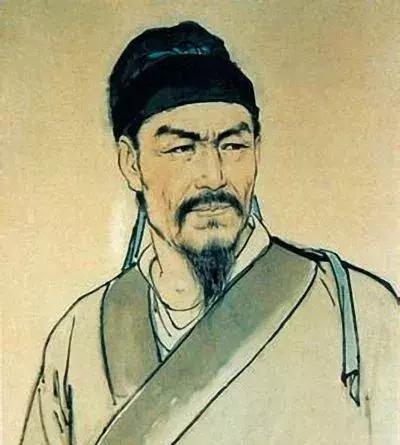 The real Xin Qiji, who was thin in clothes, undressed and meaty, walked on the street in a minute to kill a wave of net red.

Different from big and thin like Zhang Fei and Li Yan, Xin Qiji integrates fierceness and tenderness, sturdy and delicate, extensive and graceful, and is called the most talented muscular man in the Song Dynasty.

The country is ruined, the husband is responsible

When Xin Qiji was born, half of the Song Dynasty fell into the enemy. Song Gaozong not only lost his physiology, but also his temperament. Anyhow his father and elder brother suffered in the Great Northern Wilderness, I just want to continue to be happy in Hangzhou.

Xin Qiji's hometown, the historical city-Jinan, the capital of Shandong nowadays, has become a golden country, but the Xin family is not hospitable at all, and hates aliens.

Grandfather Xin Zan named him "Abandoned Illness". In addition to wanting him to grow up safely, the main moral is to learn that the hero of the Western Han Dynasty, Huo Hu, got ill, and blasted the northern Hu Hu to the ground.Do as hard as you can.

This name stamps all thoughts on Xin Qiji ’s 46 DNAs: Buddy is just a disbelief! 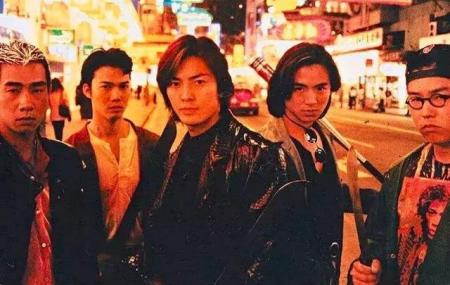 There are n’t many reasons why the country broke down, and the husband is responsible!

Remembering this experience in his later years, Xin Qiji Tiger and the old ambition existed, and the lyrics said: "Juvenile holding a hoe, Qi Pingling, Jiu Shengshihao and more." "Niannujiao, Shuanglu and Zuokeyun"

revenge must be reported, regardless of life and death

Xin Qi struggling to get up, pulling up a team of 2,000 people, and joining the Shandong Rebel Army leader Geng Jing. This year, he was only 22 years old. 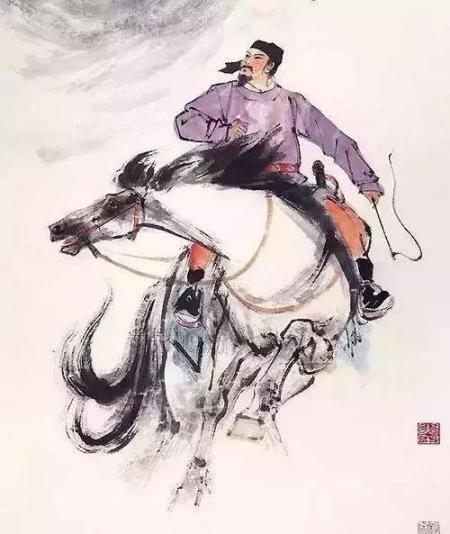 Xin Qiji was furious, issued a military order, and retrieved the puppet for three days, otherwise he would raise his head and see.

He hurried to catch up, even miraculously grasping the righteous end.

Yi Duan slaps his farts and says, I can see your true nature, you are a green beast with a beast, capable of killing people.

Even though the horse fart is slammed, Xin Qiji can not eat this set. He raises his knife and falls, and returns his head. 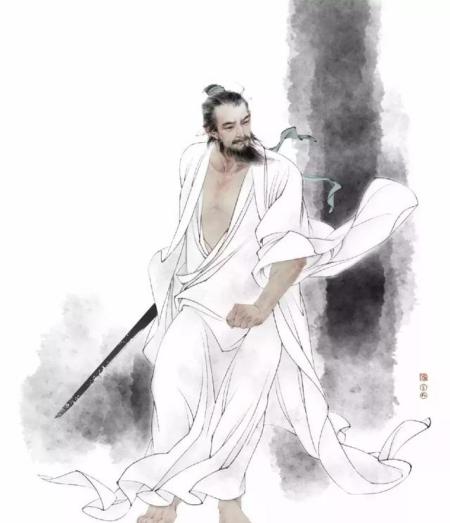 Later, there was a traitor Zhang Anguo in the army, and he also killed the surrendered soldier Jin Geng Jing.

Geng Jing has the knowledge of Xin Qiji. He is both the leading brother and the man of righteousness. What is the most important thing about the young and confused? A word of meaning. There is reward for all, reward for righteousness, reward for revenge, regardless of life or death!

As a handle in Causeway Bay at that time, Xin Qiji became angry when he heard the news. He took a 50 ride and broke into the 50,000-person camp of the Jin Army. He stormed and sang Zhang Anguo while he was eating hot pot and singing a song.Tied up.

Jin Jun was stunned. He had seen the savage and the uncle. He hadn't seen anything so terrible. When he came back to chase, Xin Qiji ran away.

After hearing about this, Song Gaozong was so shocked that his chin was about to fall off, and Xin Qiji made his debut by killing the traitor without blinking.

ambition is frustrated, grief and anger are hard to suppress

After returning to the Song Dynasty, Xin Qiji was very strong and mighty, and thought he could lead the army to go north, but unexpectedly hit the south wall. 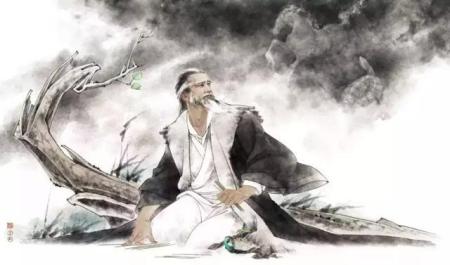 The outer building of the Qingshan Tower outside the mountain, the West Lake singing and dancing breaks. The warm wind smoked the tourists, but Hangzhou was used as Luzhou.

Xin Qiji's good poems and good words are not as heartfelt as this wild poem.

For peace negotiation, Yue Fei was killed by those people.

Xin Qiji, the master of anti-gold, was also suppressed in the wave of discussion with Zhuozhuo, Song Gaozong lazily sent him to the south, and became some irrelevant official.

All the blood was fed to the dog, Xin Qiji's grief, loss, puzzlement, can be imagined.

He passed Jiankang, looked at the north bank of the Dajiang River, and wrote the word "Shuilongyin · Deng Jiankang Appreciation Pavilion" that he complained to Qingtian. He took a look at Wu Hou, patted the railings, and no one knew what to do.

Martyr in his twilight years, the pride is not diminished

However, even if you have lofty aspirations, the flag that stands up is still glorious. 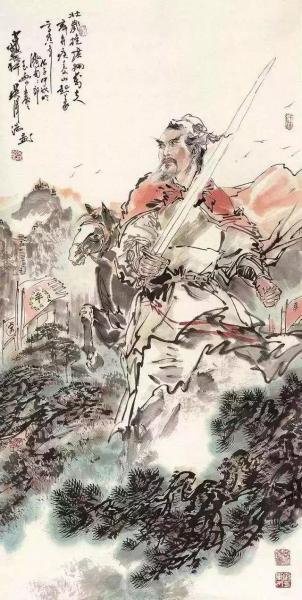 He presented "The Ten Thousands of Fine Parsleys" and "Nine Arguments" to the court, although he was not accepted, he still kept on talking.

As a local official in Hunan, Xin Qiji felt that the local military equipment was unreliable, and the banditry was rampant. So he tried to disagree, and even heeded first, and then formed a powerful "flying tiger army."

After joining the army, Shiren commended him: Xiongzheng was one of the top soldiers on the river.

Even decades later, Gu Yaozai has become an old man in armor. Hearing that the imperial court intends to go north, Xin Qiji's ambition is not extinguished. He wrote: "The man will die like iron, look at his hand, and make up for the sky."

To show his mind, he wrote the first eponymous sentence: Who asked, Lian quite old, can he still do it! "Yong Yule · Beijing Beigu Pavilion Nostalgia" 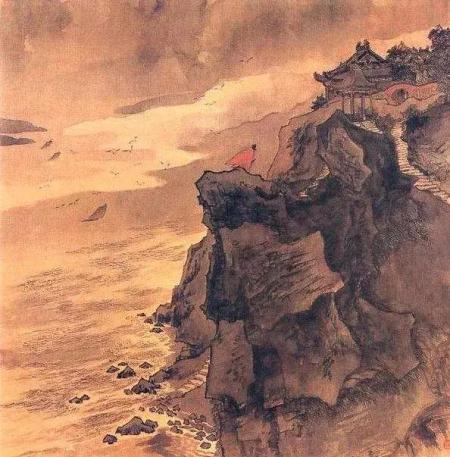 After all, the era did not give Xin Qiji the opportunity to send his troops to the north and restore the Central Plains.

But the king ’s world is over, and he won the name of his predecessor. Poorly it happened. "Broken Up" and wrote a word for Chen Tongfu. 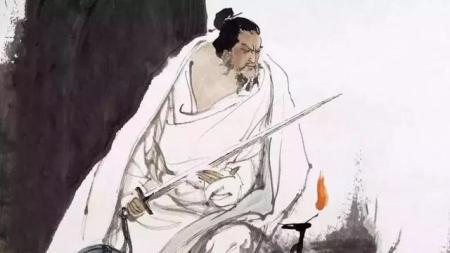 It is also because of the immortal spirit in his heart and the indomitable spirit of Gu Yaozai that his words have a momentum of killing the enemy on the battlefield.

All the immortals are famous forever. He died for the public, but He is still alive.

This word is not a portrayal of Xin Qiji himself. After many vicissitudes, he is as bright as a ying. Although the Sri Lankan has passed away, the courage of "gold horses and horses that swallowed thousands of miles" is still remembered for a long time.