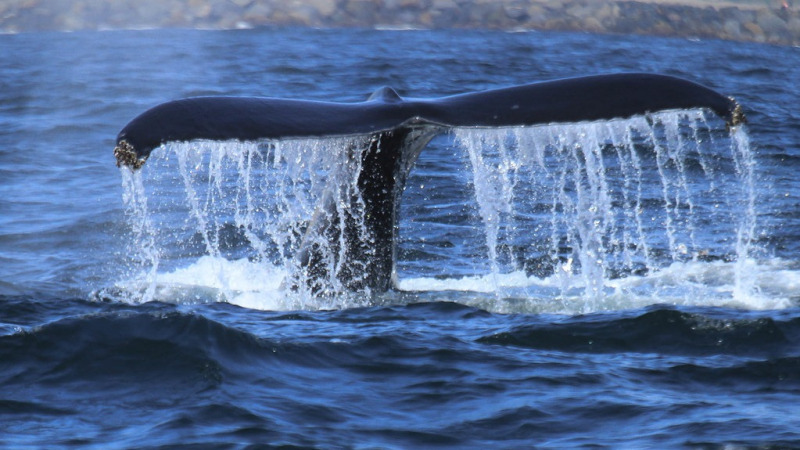 Large marine animals are the first whale dolphin and shark. When we see a big guy swimming in the distance, how do we know whether it is a fierce great white shark or a docile dolphin? Very simple, the shark is standing on the tail.The horizontal side is the dolphin. When the photographer is doing aerial photography, how to distinguish sharks from dolphins all at once? It is also very simple. The sharks are swinging from side to side and the dolphins are shaking from side to side. Why are there such differencesWhere? 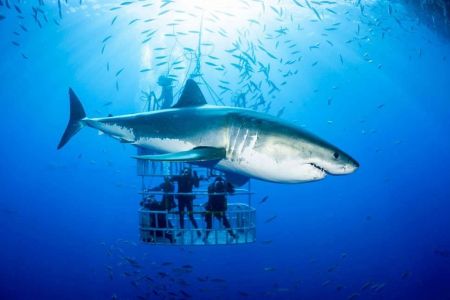 The tail of the shark is raised high

Whale dolphins now have a streamlined body like a fish, but they are mammals. The spine structure of mammals is very different from that of fishes. Their spines mainly move up and down, while fish spines swing left and right. TailThe bone is the tailbone, which is a part of the spine, and the direction of movement is the same as the entire spine. Therefore mammals and whales are mainly tail tails, while fish are tail tails. 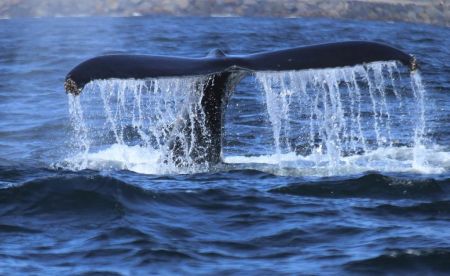 The tail of the whale dolphin is horizontal, divided into two leaves

Why is there such a difference? Because mammals live on land, although the whale is now in the sea, its ancestors are also on land. The first thing on the land is to stand up and therefore have legs. But animalsLegs cannot be like table legs. They must be able to move the body, so joints are needed to connect the legs to the body, and then rotate in a certain direction to push the body forward.

Mammals need to move forward, the limbs swing back and forth. If the spine swings left and right, the spine movements and limb movements are not on the same plane, the entire body will be very stiff; but it is very convenient if designed to swing up and down. Therefore mammalsIn the end, we chose a spine that swings up and down. For humans walking upright, it is swinging back and forth. We should thank the ancestor for this great evolution, otherwise we would have to walk across the aisle like a crab.

Fish has been living in the water for 500 million years since its birth, and has never lived on land. Fish do not need legs in the water, and their bodies can easily swim by swinging left and right, so fishThe spine has never been changed, and the original left-right swing mode is retained.

We notice that we can see that there is a significant difference between fish and mammals. The spine of fish is stiff when viewed from the side, while the spine of mammals has a certain curvature and looks elastic. In addition, the ribs used by mammals to support the body cavity are connected to the left and right sides of the spine, while the spinous processes that support the body of fish that is, the fishbone we all hate grow from the spine up and down. TheyThey avoided the direction of the spine's spine. The fish's tail is vertical, the whole body is vertical, and the cetacean's body appears round.

Mammals are evolved from fish fish → amphibians → reptiles → mammalian, but about 50 million years ago, when the ancestors of cetaceans decided to return to the ocean, they had alreadyIt ’s been 250 million years since they left the water. Their body structures have been highly adapted to life on land and cannot be changed to the ancestors of fish. Therefore, they have to adjust and transform the existing structure, the forelimbs are specialized into flippers, and the useless hind limbsDegenerate, the tail becomes thick and strong. 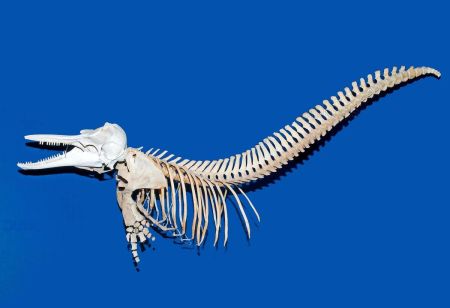 Restricted by the structure of the spine, cetaceans cannot swing their bodies left and right like fish. They find it easier to swim up and down in a wave shape, so cetaceans have chosen this type of exercise. Other marine mammals include seals, sea lionsBoth manatees and manatees swim similarly, except that cetaceans are the most adaptable to aquatic life, and their tails are particularly developed and most noticeable. 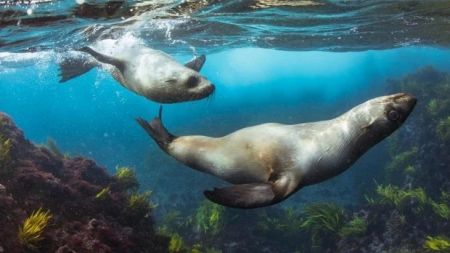 The seal is also horizontal tail, and swings up and down when swimming

Pros and cons of the two tails

Which of the "horizontal tail" of the whale dolphin and the "vertical tail" of the fish is more efficient? Furthermore, is the spine up and down and left and right movements better or worse? This issue has to be distinguished. It must be said on landThe advantages of spinal up and down movement are obvious, because animals move faster and have more athletic ability in this way.

In the existing terrestrial vertebrates, crocodiles, lizards and snakes are swinging left and right. They can only move forward with their belly against the ground. The spine of higher animals, birds, and mammals are mainly up and down. Tetrapods originate fromFishes swung left and right at the beginning, but new forms of movement that later emerged quickly dominated. For more than 200 million years since dinosaurs, animals that have dominated the spine up and down the spine. Some people believe that dinosaurs have revolutionized their movements.Sexual progress is one of their advantages in gaining supremacy. 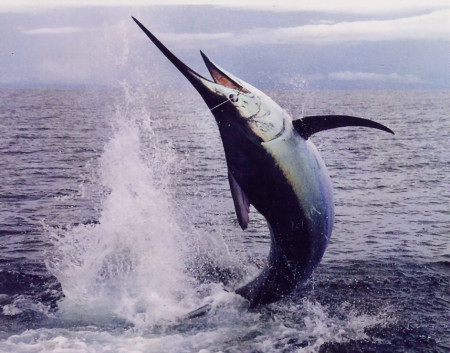 blue tuna rushing out of the water

But in the water, there is no obvious advantage in swinging tails up and down and swinging tails left and right. In fact, no one of these two tails has been eliminated. Fish have dominated the ocean for 500 million years and are still prosperous.Although the cetaceans have only been in the water for tens of millions of years, they are undoubtedly also adaptable to the ocean. They have now occupied the major niche of the ocean, including the blue whale, one of the largest animals in history, and the marine overlord tiger today.whale.

Whales and fishes excel in swimming and diving, proving that both the horizontal and vertical tails are well adapted to aquatic life. Whales breathe through the lungs and must breathe oxygen in the air, so they are not as capable of diving as fish. And lung breathing is dominant in aerobic exercise, so although the whale's explosive power and sprint speed are not as good as those of fish, cruising speed is better. These differences have nothing to do with tail shape and movement method. 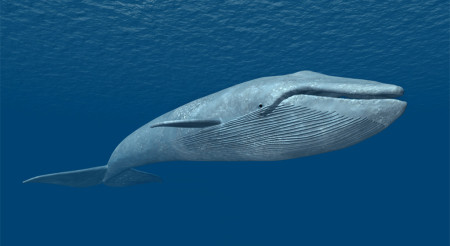 Blue whale is not only the largest creature, but also the fastest cruising