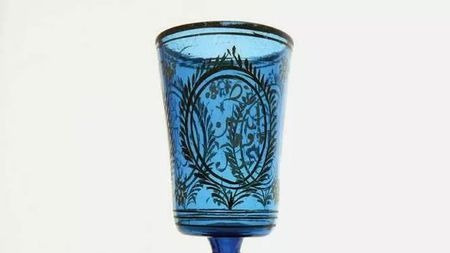 Do you believe that there is an object that is not particularly fragile, and at the same time, it is so fragile that it is particularly fragile? Also, this contradictory thing is just a piece of glass, a piece called "Rupper"Special Tears" also known as Dutch Tears.

I do n’t believe it anyway. What can be broken easily and not easily? Besides, it is just a fragile glass.

What is glass? We know that solid substances can generally be divided into crystalline and amorphous. Crystals refer to solids in which particles are arranged periodically on the microstructure, in other words, a minimum period repeats multiple times in one direction. And including large single crystals such as snowflakes, diamonds and table salt, and most metals, ceramics, etc. are polycrystalline polycrystalline is a crystalline substance composed of more than two single crystals. [1]

The main feature of amorphous is that there is no long-range ordering feature of crystals, and the internal particles are irregular. The glass is the most common type of amorphous. In a broad sense, "glass" includes on the atomic scaleGlassy transition process that has an amorphous structure and exhibits a transition from heating to a liquid state. [2]

emphasis is on glass QwQ

Glass has very different chemical composition due to different types, but generally can be divided into silica glass and special glass. Most of them belong to the former category. This glass is mainly composed of sand main component silica, limestoneThe main ingredient is calcium carbonate and sodium carbonate. Although the fused silica itself is an excellent glass, the melting point of silica is more than 1700 degrees Celsius. The energy required to reach such a high melting point is very large.It will also make glass very expensive such as some fused silica optical lenses, more expensive than ordinary glass.

So sodium carbonate is added as a flux when making ordinary glass to reduce the melting point of silica. By adding about 25% of sodium oxide to silica, the melting point of silica can be reduced from more than 1700 degrees Celsius to850 degrees Celsius, but this glass is easily soluble in water this solution is called water glass. So calcium oxide is added to make the glass less soluble. [3]

This may be a process of making a glass ball

The reagents for coloring glass are usually metal oxides. The same oxides can produce different colors in different glass mixtures, and different oxides of the same metal can also produce different colors. For example, the blue-violet of cobalt, Green or yellow of chrome, ferrous oxide produces olive green or light blue according to the glass mixed with it. Adding finely divided charcoal in the glass will produce yellow. Tellurium appears to be pale pink. Copper will produce peacock blue, if increasedThe proportion of copper oxide will turn green. 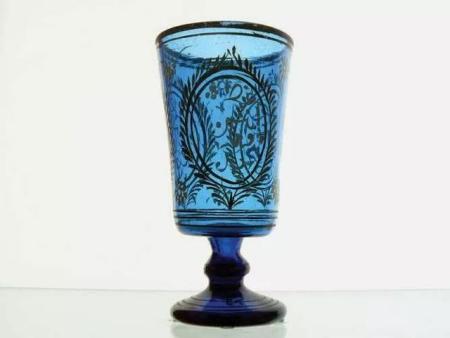 What's so strange about Rupert's Tears?

The Deity of Rupert's Tears

So, what's so strange about this cricket-shaped glass? Feels like a pendant?

The head is very hard and the tail is very fragile. When cutting the tail, the internal tension cannot be maintained and the explosion is broken. When Rupert's tears are cut off, it will explosively decompose into powder. And its firstThe second characteristic is that the head has abnormal strength. If the head is simply pressed, it can withstand a force of 15,000 Newtons. This is actually caused by the huge residual stress near the outer surface of the head. This stress distribution can be passedMeasured using the stress-induced birefringence of glass. It won't break even when hit by a bullet.

Rupert's Tears Hit by a Bullet

Later, researchers suspended Dutch tears in a transparent liquid and illuminated the droplet with a red LED. The researchers used a polarizer to measure the optical delay of light as it passed through the glass, and then used this data to analyze the entireStress distribution in Rupert's tears. The results show that the head of the droplet has a much higher surface compressive stress than previously thought, up to 700 MPa, which is nearly 7,000 times the atmospheric pressure. The surface compression layerIt is also very thin, about 10% of the diameter of the droplet head. 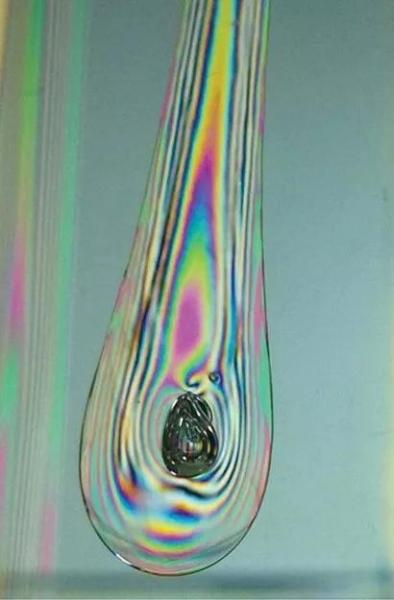 But the principle is actually very simple. When the molten glass meets water, the outer layer will quickly cool, while the inner layer remains molten. The effect of thermal expansion causes the liquid to expand when it gets hot and shrinks when it cools. This meansThe inner molten glass is trying to expand while the cold outer layer contracts inward. When the entire process ends, these equal push-pull forces accumulate in a long chain that extends from the head of the droplet to the tailWhen the water droplet cools down, it locks in this high tension state. [4] Some people liken it to an arch: it's incredibly strong, but if any part of it is damaged, the entire RupertTears will break. But this needs to be seen on a high-speed camera.

Although it seems that these two cannot appear on one object, the method of making Rupert's tears is surprisingly simple. It is the glass beads produced by dropping molten glass into cold water. The glass beadsIt will look like a cricket with a slender tail.

Why do you name it "Rupert"? Prince Rupert, the nephew of King Charles I, is said to be the first to bring this strange glass product to England in 1660. This little thing was also brought to the courtIt was used to tease people, so it is called Rupert's Tears. [5] However, according to reliable reports, these glasses date back to 1625, when they were made in Mecklenburg in northern Germany.However, they are also said to have been invented in the Netherlands, so they are also called Dutch tears.

What's the use of this stuff?

Actually, quenching is used in the production of Dutch tears. The tempered glass production may be inspired by the Rupert's tear making process.

In fact, such Rupert's tears also exist in nature. At least since the 19th century, people have known that under certain conditions, rocks similar to Dutch tears will be produced in volcanic lava. And researchers at the University of Iceland and other places are experimentingThe laboratory studied the glass particles produced by the explosive fragmentation of Dutch tears to better understand the thermal stress-driven magma fragmentation and volcanic ash formation process stored in active volcanoes. [5] 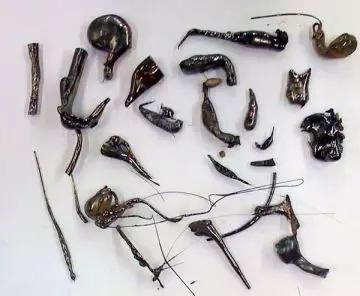 I did not expect that a piece of glass can also be a fragile and strong contradictory unity. Do you know any such thing? You can share it with everyone in the message area ~

Some pictures are from GIPHY

This article is reproduced with permission from the WeChat public account "Institute of Physics, Chinese Academy of Sciences."

"Return to Park", a good science popularized by scientists. Wen Xiaogang, an internationally renowned physicist, and Yan Ning, a biologist, serve as editor-in-chief, together with dozens of top-notch scholars in different fields, and together with youAsk for it. Follow "Return to Park" to participate in more discussions. For reprint or cooperation, please contact the back to the public account backstage.