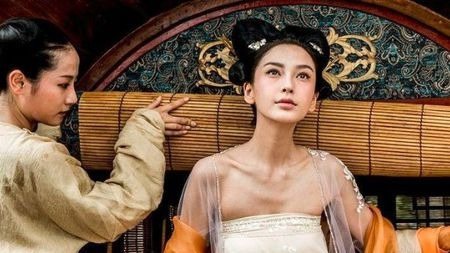 Tang Dynasty women are really more open than modern people, do they all wear tops?

With the popularization of many costume dramas, especially the release of classic Datang costume dramas such as "Daming Palace Words" and "Legend of Wu Mei Niang", many court women's dresses are sought after by Hanfu lovers.

Especially in the stills, the female star's “chestless skirt” is sought after by “little fairies” who loves Hanfu.

As a result, the so-called "breasted skirt" even became the standard for women's clothing in the Tang Dynasty. Many businesses seized business opportunities and used film and television dramas as a reference to launch various styles of "breasted skirt".

Actually, this is misleading the audience. 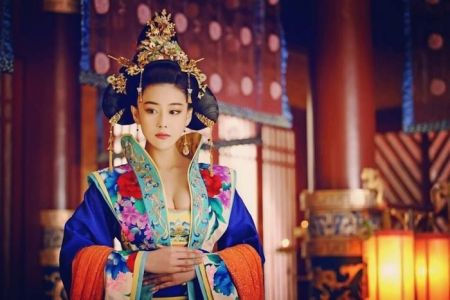 Photos of "The Legend of Wu Mei Niang" 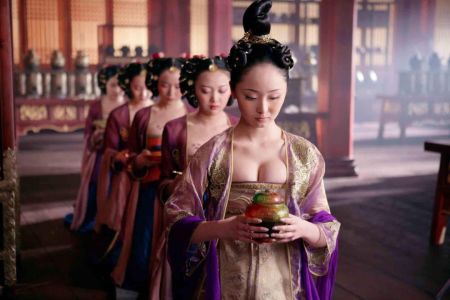 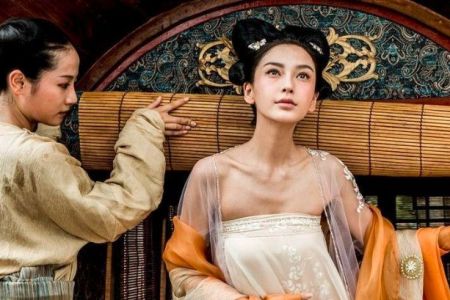 Understanding biases in “Skirts with Skirts”

Many people call this single-layer top and a skirt with a full chest under the skirt is called a “chestless skirt with skirts”. In fact, the name is wrong. The chest and waist are a way of wearing the Han clothing, andThe correct name of the Hanfu for the above single-layer tops should be called "Skirt Dress".

So what exactly is a "skirt" and what is a "shirt skirt"?

Actually, "skirts" appeared much earlier than "shirts and skirts."

The skirt first appeared in the Warring States Period, and was still popular until the Ming Dynasty. And the shape of the skirt was based on cultural relics. In 1957, the actual skirt skirt was found in the Tomb of Mozuzi Han, Wuwei, Gansu.For the surface, the middle and the navy cotton, the sleeve ends are connected with a piece of white silk. The skirt is also filled with silk cotton, and the material is yellow silk. 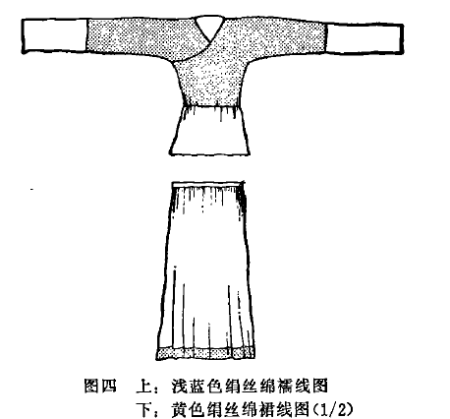 In 2002, a set of Jinsong was discovered by archeologists in a tomb of the Five Liang and Sixteen Periods in Bijiatan, Huahai, Gansu. 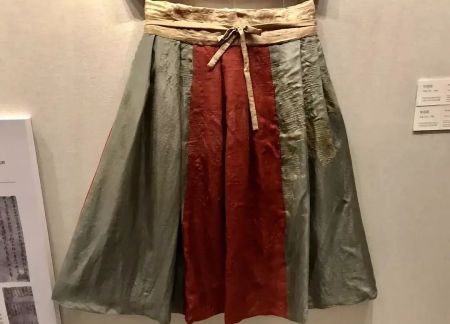 We know from the pictures above that the so-called "skirt skirt" refers to the short jacket and skirt that is worn on the upper body. It is a typical "sleeve jacket" dress. The jacket is called "skirt" and has a short length.It's usually no longer than knees, and the lower body is called a "skirt."

The main difference between a skirt and a shirt skirt is the shape of the top. How to distinguish between Han clothing and “shirt” depends on whether the top you wear has a waist, a single layer, and a cross-neck shape. Top Refers to a short jacket with lumbo-sacral, single-layer is called single-jacket, double-layer is called double-jacket, the typical one is Jin.

What is the waistband? The waistband is unique to the waistband. The decorative fabric stitched on the waist is different according to the softness and rigidity of the fabric and the method. For example, the harder fabric can play a role of lining and the softer.The cloth is light-proof, and it can be worn outside when worn to enhance the visual effect. 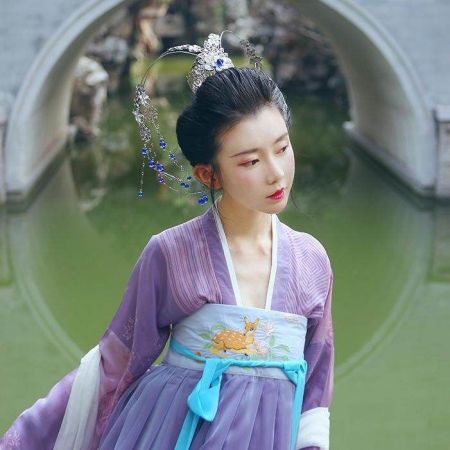 In the way of wearing, "襦" is worn inside the skirt, and "shirt" is usually worn outside the skirt. Therefore, the wearing method of the shirt and skirt is exactly the same as the late Tang wide-sleeved cardigan and long skirt shown below. Generally smallThe fairies wear the same style as "blouses and skirts".

"Chestless Skirt" is not a costume of Tang Dynasty women

In addition to the shape and wearing of the dress, we have confused the difference between the skirt and the shirt skirt, and the relevant unearthed cultural relics can not prove that the female clothing of the Tang Dynasty is a “chestless skirt”. Instead, we have beenThe “chestless skirt” that is considered is actually a suspender skirt! 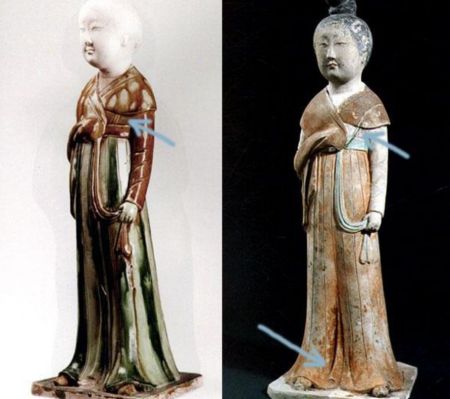 Attentive netizens are not difficult to find that the two female figurines and the two skirts in the picture above have thin shoulder straps on the heads. And this skirt is worn on the chest, so the skirt corners will be worn.Roll out.

And there are many similar examples, not alone. In addition to pottery figurines, many ancient paintings also have details depicting suspenders. 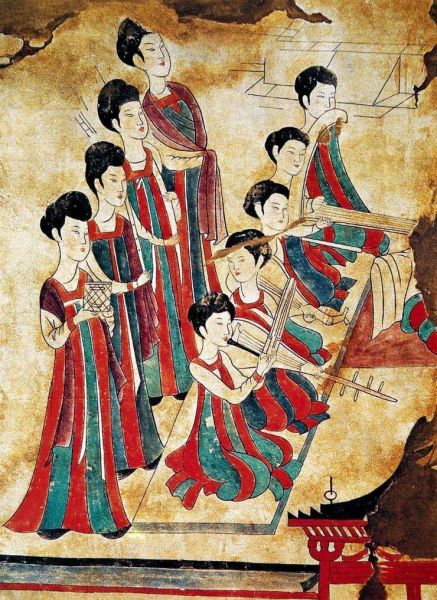 Actually, Tang Dynasty suspenders have been unearthed in kind. 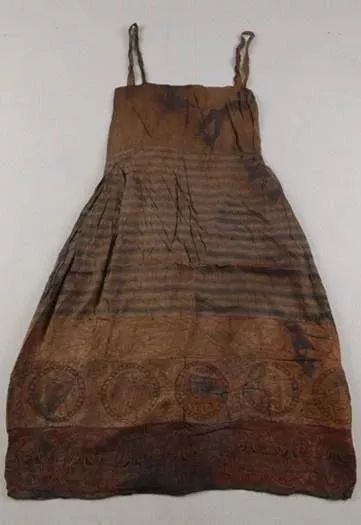 It is clearly written in the introduction of this cultural relic that the horizontal stripes are under the chest, and the excavation of this type of suspender skirt is not alone.

There are many styles of wide shoulder straps in suspender skirts, which are not listed here. The reason why modern chest-length skirts look like this is a complicated one. Although Hanfu likes many people, it is in-depth and sophisticatedVery few people.

In the past, there was no such thing as a full-breasted skirt. The name and expression of the full-breasted skirt was also created by the admirers of the Hanfu revival in recent years. This statement is not rigorous and easily leads to misunderstanding.Consumers, forged a lack of research.

We often take the famous painting "Lady Flower Picture" as a model of a full-length bust skirt. In fact, carefully observe that the characters in the painting are not what we call a full-length boa dress. In "Lady Flower Picture", the skirt is notIt is tied to the chest, the strap is actually under the chest, and the upper part of the chest is the underwear of the Tang Dynasty ladies. Do n’t wear the sleeves, directly put on what we now call a large-sleeved shirt. This is a typical example of Tang women.Outfit. 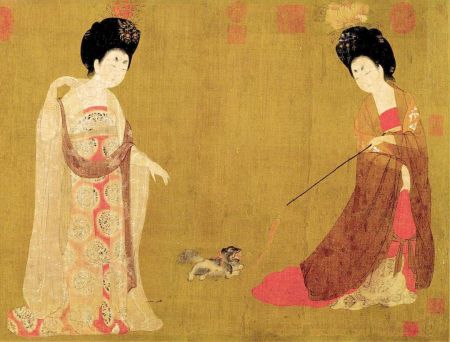 Take a closer look at the dress worn by the ladies in the ancient painting "Tangling Picture" of the Tang Dynasty also has shoulder straps. 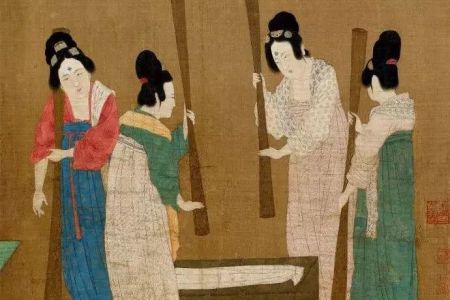 It can be seen from this that the "breasted skirt" in Hanfu has not much connection with women's clothing in the Tang Dynasty, but is a cultural product produced under modern commercialization.

Since the "Shouldered Skirt" has not been unearthed in the physical form and the specific shape recorded in the relevant literature, its shape and shape can only be conjecturedly restored based on some ancient paintings, murals and pottery figurines.

The Japanese kimono outfit is also used in the design of the specific shape, and the details are corrected according to the actual dressing needs. For example, girls often slip out when wearing "chestless skirts." 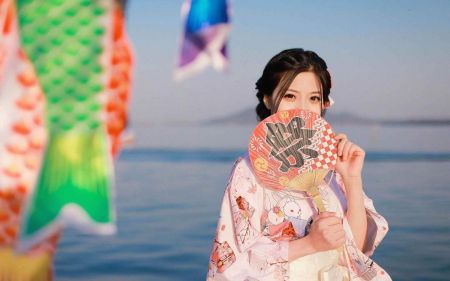 But because this change is different from the original design of ancient costumes, and it is based on the design of Japanese kimono outfits, it was naturally resisted, and the "two-piece" chest-length skirt was not considered Hanfu.. 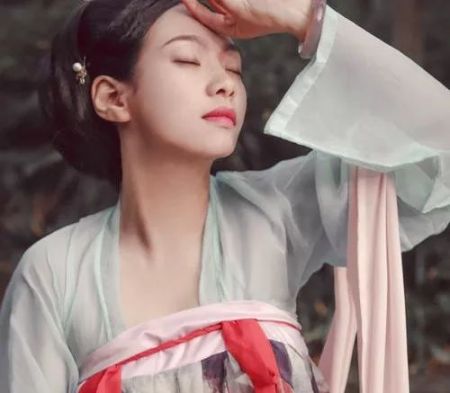 Like the picture below, wearing a kimono, hanbok and hanbok presents a different overall shape. Of these three, it is still better for our Greater China hanbok.

From the top, the Hanfu is generally hand-to-neck, and there is also a cleavage large V-neck, but the Korean collar is not obvious, similar to the small v-neck; women's clothing skirts are particularly high, and the hemLarge and fluffy.

Another point is that Japanese kimono and Korean hanbok are derived from ancient Chinese hanbok. They are developed based on the hanfu's national characteristics. So from this point, weGreater China ’s Hanfu did not copy Hanbok or kimono, instead they copied us.

In short, the "chestless skirt" draws on a lot of ancient women's clothing in terms of shape, and created and developed it. In other words, modern clothing styles are integrated with some Han elements, which can be called Han elements.Fashion apparel.

And these "Han elements" are slightly modified from ancient women's clothing, and still retain many ancient clothing styles in the overall form.