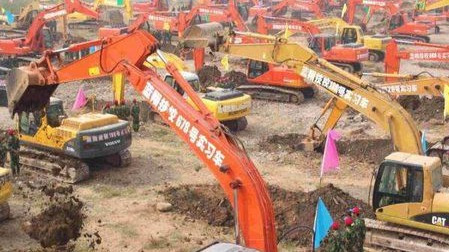 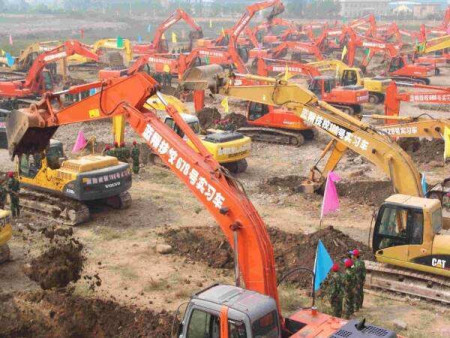 Under the situation of difficult employment for college students and the wave of layoffs in the workplace, the employment of Net Red Technical School Shandong Lanxiang is unique. However, changes are also happening: in recent years, the pace of professional adjustment is accelerating. Ace specialty is shrinking, newThe emergence of specializations reflects the more micro-demand changes in the skilled talent market with huge gaps.

Because of poor learning, Yang Fan dropped out of school at the age of 16 before finishing middle school. He went to the construction site, entered the factory, went to the restaurant to serve dishes, served as a waiter at KTV, a bar, and even went home to pick up a hoe. 6 yearsIn the past, at the age of 22, he felt that mixing like this was not the way to go, "there is a craft that can support his family." So in January of this year, Yang Fan dragged his luggage and took the train south from Harbin, Heilongjiang, to Jinan, Shandong.

Half an hour's drive northwest from the center of Jinan to the second ring road. Yang Fan got off at Lanxiang Middle Road. This two-way, six-lane road has just been renovated recently. Because of the Shandong Lan, which is located hereXiang Technician College previously named Shandong Lanxiang Senior Technical School, hereinafter referred to as Lan Xiang was named, and Yang Fan's destination is here.

Return to campus after 6 years, in this should be called the most famous technical school in China, Yang Fan became a student of electric welding major, tuition fees were paid by his parents, he did not ask how much money. He reportedThe short-term class has only three months of study time. The reason for choosing electric welding is simple. "It's very useful. Don't worry about finding a job. It really doesn't work. We can go home and weld something and we can't afford to ask others."

Every age group in the class has 40-50 years old, young 15-16 years old. According to the training plan, they will learn related techniques such as welding, gas welding, gas cutting. If it goes well, 3 monthsAfter that, they will be able to enter electronic equipment manufacturing plants, machinery manufacturing plants, and construction and maintenance industries to engage in welding work.

Yang Fan's electric welding major belongs to the welding college. Short-term skills training courses are all three months, and there are long-term courses ranging from two to four years. The students are all on the south campus on the south side of Lanxiang Middle Road. Currently, Lan Xiang has 9 colleges, including welding, cooking, automotive engineering, beauty salons, etc., with more than 60 types of work, distributed in 4 campuses in east, south, west, and north. In addition, there is a special receptionTrial area for trial students.

As a low-end, rustic rustic name, "Lan Xiangsheng" later became the object of ridicule and ridicule in the Internet segment and even in film and television works. Where did Lan Xiang students come from and where did they go? What do they need and gain?What? In teasing and deconstruction, these problems are often obscured and eliminated.

1984, Rong Lanxiang, born in Yucheng County, Henan, founded the Tianqiao Vocational and Technical Training School in Jinan, Shandong, which is the predecessor of the Shandong Lanxiang Senior Technical School in the future. Initially, he only opened paint and sofa making technology, sewing and beauty.There are 3 majors in hairdressing. Now it seems that choosing Jinan to take root can be considered a wise choice. As the provincial capital, Jinan has a good industrial foundation, and its central and western Shandong province and surrounding Henan, Hebei and other places are relatively backward, andBoth are large population provinces. After the reform and opening up, a large number of young and middle-aged laborers will be transferred from rural to urban areas, from peasants to workers, and from agriculture to industry. These people have not received much education and have learned a skill that stands out in the labor market.The best way. It is they that, from the 1980s to the present, have constituted the main source of life for Lan Xiang.

Now, a sentence is engraved in golden font on the Lanxiang Automobile Repair and Training Building-"High-paying employment is the sole criterion for testing the quality of teaching." Students can see each other when they go to and from class, on the way between the cafeteria and the dormitory.In other words, Lan Xiang's promise to them is also an incentive. Obviously, Rong Lanxiang, a farmer's origin, caught their psychological needs early.

For Lan Xiang's students, employment is the highest goal, and of course, if you want high-paying employment, you must learn technology. In order to fulfill the promise and help students learn technology, Lan Xiang ’s approach is to move the factory into school. "It ’s likePrincipal Rong said that vocational education is education that spends money. It is mainly to cultivate students' practical ability. To cultivate practical ability, they must practice repeatedly, which requires investment in equipment. "Jiang Yanyan, director of the school office, said.

So, whether it is a student or a visitor, the first thing to visit in Lanxiang is these equipment. Here you can see the Guinness World Record, the largest computer room in the world, and the auto repair training center.Hundreds of all kinds of cars rolled out neatly, or hundreds of iron pans burst out at the same time, hundreds of excavators waving the robotic arms at the same time.

Lan Xiang builds a self-sufficient ecology. Students implement boarding system, clothing, food and accommodation can be solved in schools. Therefore, unlike many schools, there is no commercial area near Lan Xiang with more than 30,000 students. In JinanThe driver who ran a taxi for six or seven years told reporters that no matter whether it was a student or a parent, he rarely took the job to Lanxiang. He kept it on the open space between the South Campus Library and the Auto Repair Training Building.A large flock of chickens for the culinary institute and canteen.

In 2014, Lan Xiang once organized a two-year "Looking for 10,000 successful students" event. The search found that the most frequent places for these successful students were in counties and towns, and their annual income was basically 100,000.Above RMB, most of them have the experience of working in big cities, but in the end they chose to return to their hometown to start a business.

Zhang Liang is a typical representative of this. He is from Qihe County, Shandong Province. His father was from a rural country. He opened a motorcycle shop in a small town with an area of ​​more than 100 square meters. He mainly sells and repairs motorcycles. After dropping out of junior high school,, Zhang Liang became a primary school apprentice in the shop, learning motorcycle repair with a dozen children.

In 2013, 13-year-old Zhang Liang watched a TV commercial and felt that there was more prospects for repairing a car. He decided to go to Lanxiang. With the basis of motorcycle repair, he started quickly and got a car repair mechanic after 3 months.Certificate. After returning home, my father's shop has one more business-car repair. At a young age, he becomes the only master who will repair cars. After a few years, more and more people buy carsZhang Liang proposed to his father that he should come out and start his own business.

In 2010, he opened a 4S shop in the town. He is both a boss, a salesperson, and a repairman. When the "cars go to the countryside" is in full swing, the size of car stores has doubled. To this day, Zhang LiangThe head office has been moved to the county seat, and three branches have been opened, and the annual turnover can reach nearly 200 million yuan.

Jiang Yanyan told reporters that in the interviews with successful students, they also found an interesting phenomenon that few excavator students have succeeded in starting a business after graduation, and this specialty was the hottest year. The infrastructure slowed down.Under the background, the enrollment of construction machinery is increasingly difficult, and the scale of school running is also shrinking.

In the past 30 years, the demise of professions is not uncommon. Of the three professions set up at the beginning, only beauty salons are left. Sewing, paint and sofa making have long been buried in history.

In terms of professional adjustment, Lan Xiang will follow the trend and move with the times. In 2017, under the live broadcast boom, Lan Xiang and Weibo signed an agreement on the "Weibo Campus Redskins Academy" and officially announced their entry into the Internet.Economy. Last year, Lan Xiang smelled the opportunity of successively opening high-speed railways in Shandong Province and set up a new railway college to train skilled personnel in railway customer service and rail transit operation management.

In the traditional concept of Chinese parents now, vocational education is still second-class education, and only poor students who have been eliminated will go to technical schools. Vocational education has already been mentioned in the national education strategy level. Over the years, the effect of talent trainingBut it is not ideal. The 2017 Talent Blue Book "China Talent Development Report" released by the Chinese Academy of Social Sciences shows that there is a gap of nearly 10 million senior technicians in China. There is also a group of figures that are often mentioned: in Japan, the entire industrial workersSenior technicians account for 40% in the team, and 50% in Germany. In China, this proportion is only about 5%. In the future when the demographic dividend disappears, where to go for vocational education has become an urgent issue. And there is a huge gap for skilled workers., The immature vocational education system is precisely the social soil on which Lan Xiang has developed for more than 30 years.

However, in the eyes of critics, the so-called good technology and high employment rate are just a cover. Advertising is the biggest magic weapon for Lan Xiang to go to the whole country.Almost all students were familiar with this slogan before coming to school.

What really got people's minds is the TV commercial endorsed by the famous film and television actor Tang Guoqiang. Lan Xiang spent huge sums of money on David TV and soon spread across the country. Under the bombardment of advertisements, the number of students has rapidly expanded to tens of thousands. TodayLan Xiang has rarely needed to place advertisements. His reputation has long been like a snowball.