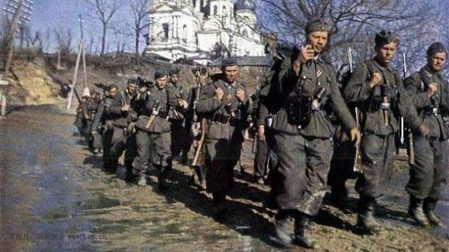 In February 1943, a great reversal took place in the Soviet-German battlefield, and the Soviet Union won the Stalingrad Defensive War, eliminating the threat from the south; in the north, the two major Soviet troops met in Leningrad and lifted the long-term siegeOnly the German Central Army Corps in the direction of Moscow was left, struggling to support the "Rzhev protrusion".

Moldell has won the reputation of "Master of Defense" for successfully blocking Zhukov's multiple offenses in the "Lezhev protrusion", and he became famous for a while. He advocated the theory that "the best defense is offense."Let him be a tactician who can attack and defend well. However, what is the best tactical level-retreat, how is he performing?

Forced to abandon the "Rzhev protrusion", the burden of retreat rested on Moder.

After the Battle of Stalingrad and the 3rd Army of the 6th Army was eliminated, the Soviets began a counterattack across the entire line. At this time, the potential of a country became particularly important. The Soviet Union continued to send strategic reserves to the front line, andGermany has no troops to send. Generals such as Moder, Manstein, and others have proposed to abandon the "Rzhev protrusion".

First of all, the 6th Army's entire army was annihilated, shaking the entire German defense line. The flanks of the Central Group Army Group were completely exposed, and the threat from the south was growing, especially the Soviets who participated in the Battle of Stalingrad, and began to advance to the middle., There is an attempt to copy the rear of the Central Group Army. 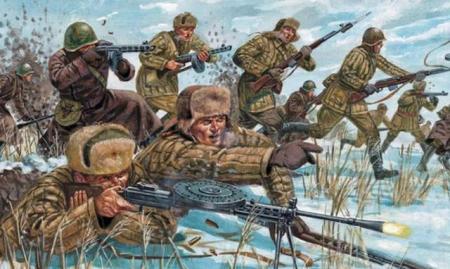 Second, Germany ’s plan to occupy the entire Soviet Union has failed. It is necessary to retreat for some distance, keep in touch with the Soviets in a favorable position, and wait for a certain amount of power to accumulate before making a plan. To put it plainly, now it is too late for repatriation and canKeep the Central Group Army; if you do not retreat, you will end up with the 6th Army.

More importantly, due to the retreat, the 200-kilometer defense line of the "Lerev Projection" does not need to be maintained. It can free up 10-20 divisions and form a strong strategic reserve. At the same time,Keeping a distance from the Soviets is conducive to "inducing the enemy to go deeper and gather together to wipe them out", and to kill the Soviets a lot. 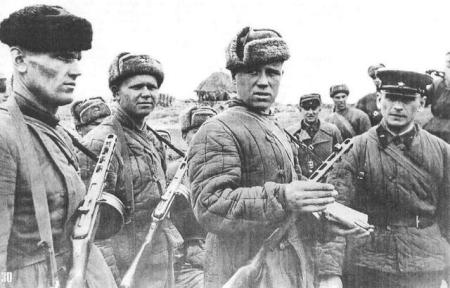 However, the German General Command did not agree with the generals' recommendations. In their view, the "Lerev projection" was the nearest 200 km from Moscow, and it could be said that the Germans attacked Moscow's forward base. Abandoning the city of LerevIt is equivalent to giving up the attack on Moscow, which will have a great negative political and military impact.

The retreat mission is very clear. The 24 divisions of the 9th Army have a total strength of 310,000. After withdrawing from the "Lzhev Projection", they are transferred to the strategic reserve to fill the crisis-ridden southern side of the Central Group Army.With years of staffing experience, Moder began planning a huge retreat with his rigorous and serious professionalism.

First, order the ministries to report the withdrawal plan immediately. The plan must clearly state that the roads and bridges on the retreat line are in good condition. On the 100 km line, multiple stages of assembly areas are preset, stepped fortifications are constructed, and dispatched.The security forces conduct inspections, repair and disguise in time. 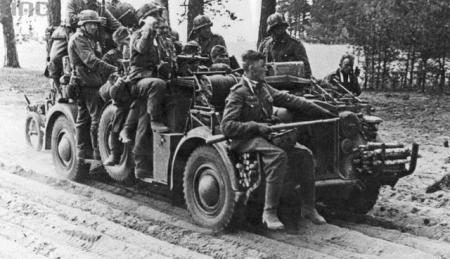 At the same time, detailed calculations of the transport vehicles required for troop evacuation, as well as the equipment and personnel required for evacuation. These include 200 trains and locomotive, 1,000 kilometers of railroad tracks, a large number of livestock, food, etc., and 60,000 "willing to evacuate"Of Soviet residents, even wires and cables, were withdrawn.

The second is to set up an "evacuation command", under the responsibility of a senior staff and engineer. Engineers and engineers of the entire army are integrated to repair railways and equipment. Each division requires the establishment of a working group to build on the new defense line.The artillery preset positions ensure that the telephone line is unblocked, and a minefield is laid after the large troops pass. 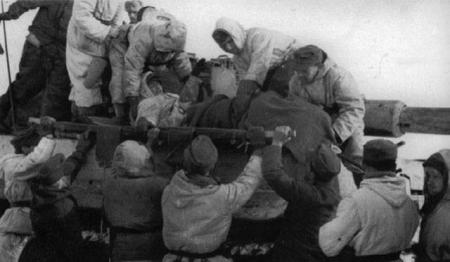 Moder also specifically ordered that the retreat content could only be communicated by phone or by herald, and the use of radio communications was prohibited to avoid suspicion from opponents. So, a 100-km telephone line began to be laid secretly. In his opinion, the phone was unblockedIs an important part of ensuring a safe retreat.

The more critical task is to prevent the guerrillas from harassing and reporting, Moder thoroughly cleared the Soviet guerrillas along the retreat. He organized a special task force to delimit a number of areas.Under his leadership, the villages and forests were carefully combed, and the guerrillas in these areas were dealt a devastating blow.

These tasks were subdivided into various ministries and required to be completed within one month. All the officers and men of the 9th Army were mobilized, some were looking for means of transportation, and some were registering for retreat materials. Even the sick numbers were mobilized to do what they could.The spirit of cooperation and excellence of the Germans has once again appeared, and all kinds of preparations have been completed on time.

Operation of Buffalo began, and Moder completed the evacuation of more than 400,000 troops in 25 days.

On February 21, 1943, the Germans withdrew from Operation Buffalo in the Rzhev Overhangs. The civilians, hospitals, logistics, and other non-combat units began to evacuate. In order to avoid the reconnaissance of Soviet aircraft, they did not cause opponents.It is suspected that these operations were carried out quietly at night. Until 28th, the fighting forces began to withdraw.

Moldell requested that the main force retreat in 19 hours. It left 9 combat groups as defenders, while defending and implementing counterattacks. Such a huge operation still revealed some clues. Suspected Soviet troops conducted tactical reconnaissance.However, they encountered resolute obstruction by their opponents, which made them mistakenly believe that the German main force did not "retreat."

When the main force retreated to the first interception position of 30 kilometers, the army began to bury a large number of mines in the city of Rzhev and the houses and roads along the way, and calmly blew up the bridge over the Volga. Wait until the Soviet armyWhen the Supreme Commander responded, the main force of the 9th Army had already withdrawn more than 50 kilometers. Therefore, the pursuit was ordered. 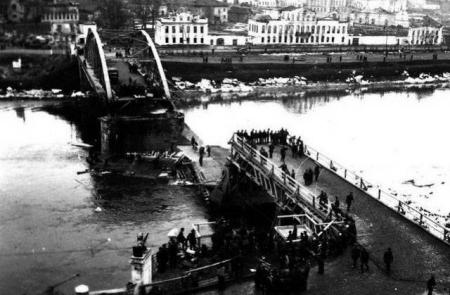 However, the pursuit of the Soviet army was very slow. Not only did they have to face the minefield, but the bridge was blown up and the road was dug up. The pursuit of the Soviet tanks was trapped in the minefield and they did not dare to move. The soldiers were blown up.Houses do n’t dare to enter, the road is afraid to go, and the speed of advance is like a “snail.” Of course, this is exactly the effect Modr wants.

Moder implemented the retreat plan in stages and received good results. The troops evacuated in an orderly manner. Relatively speaking, the guerrillas along the way were greater than the regular forces of the Soviets.The retreating German army began to pursue desperately, but all returned without success under the charge of the defender battle group.

March 13, the "Operation of Buffalo" commanded by Moder was over. He led more than 400,000 people and a large number of materials in the headquarters and the 4th Armored Army, and retreated safely under the eyes of the Soviet heavy soldiers.100 kilometers. The news came that Stalin was very angry, and what annoyed him even more was that the Soviet army lost another 100,000 people in the pursuit.

Although this was a large-scale retreat, the Germans showed higher combat literacy and discipline. Especially in tactics, Moder's phased retreat, the main force and the guard forces cooperated with each other, and the action was rapid and almost ""All required" to withdraw the troops. It must be said that Modal is a quite capable tactician. 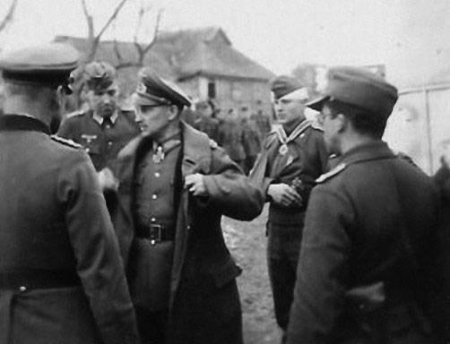 What do you think? Welcome to discuss and leave a message.

Welcome to search and pay attention to "talking history under the poplar tree" // learning history, spreading positive energy of culture // unauthorized, please do not reprint!

Talk about history under the poplar
Focus on military history and appreciate the wonderful game of strategy and tactics.

Talk about history under the poplar
Focus on military history and appreciate the wonderful game of strategy and tactics.