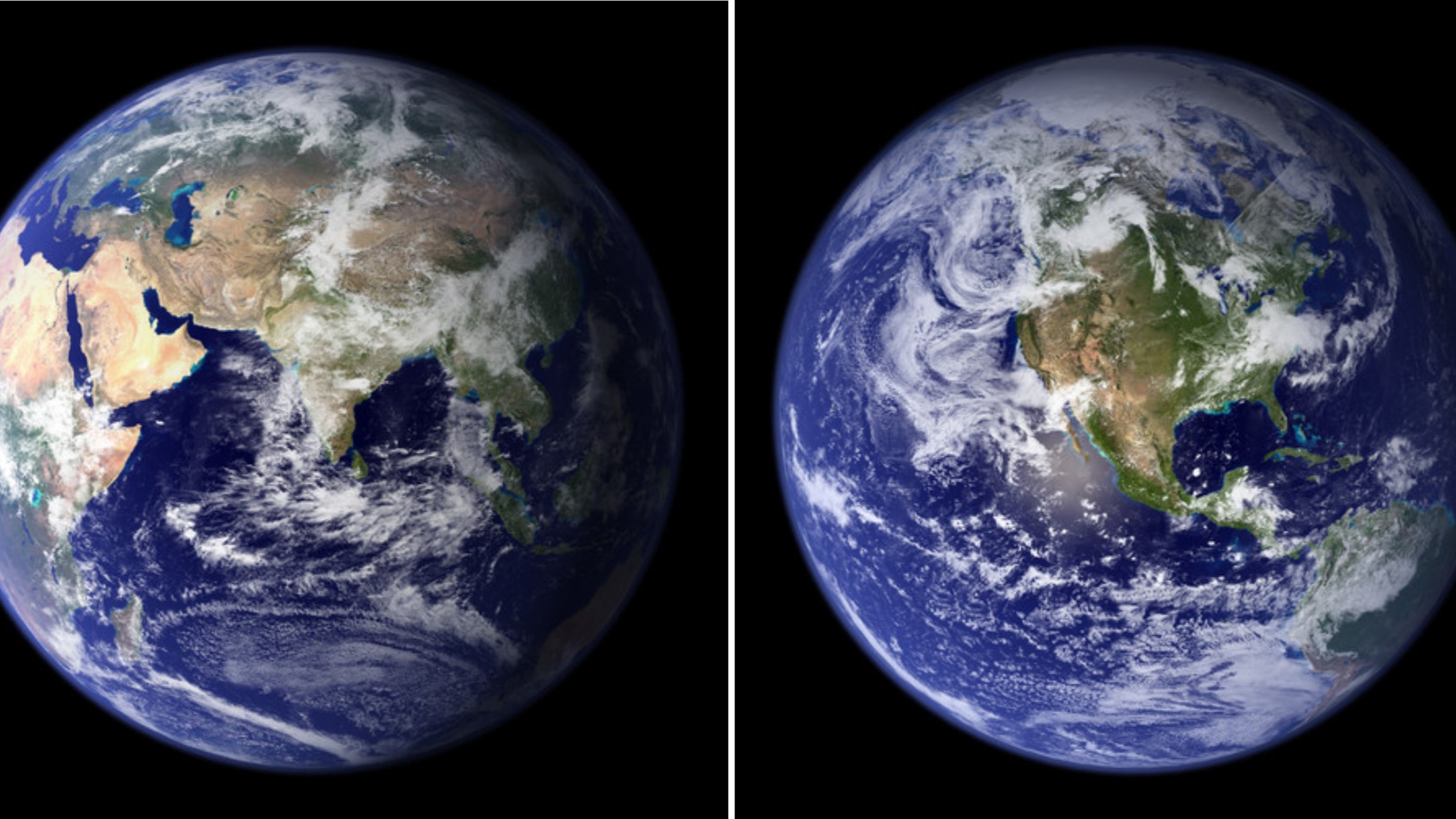 Compared with the present 45 years ago, the photos of the earth have changed a lot. Does it indicate a major disaster?

Someone posted a comparison picture of the earth on the Internet, saying that it was NASA’s latest release. The earth changed from a clear blue to a vague and dirty color, and it looked very powerful, even a little scary see the picture below.

Of course there is a difference between the Earth 40 years ago and the present, but I don’t think the naked eye can distinguish it significantly from the photos. The so-called following NASA photos comparing the Earth in 1972 and 2017, I seriously doubt itAuthenticity. 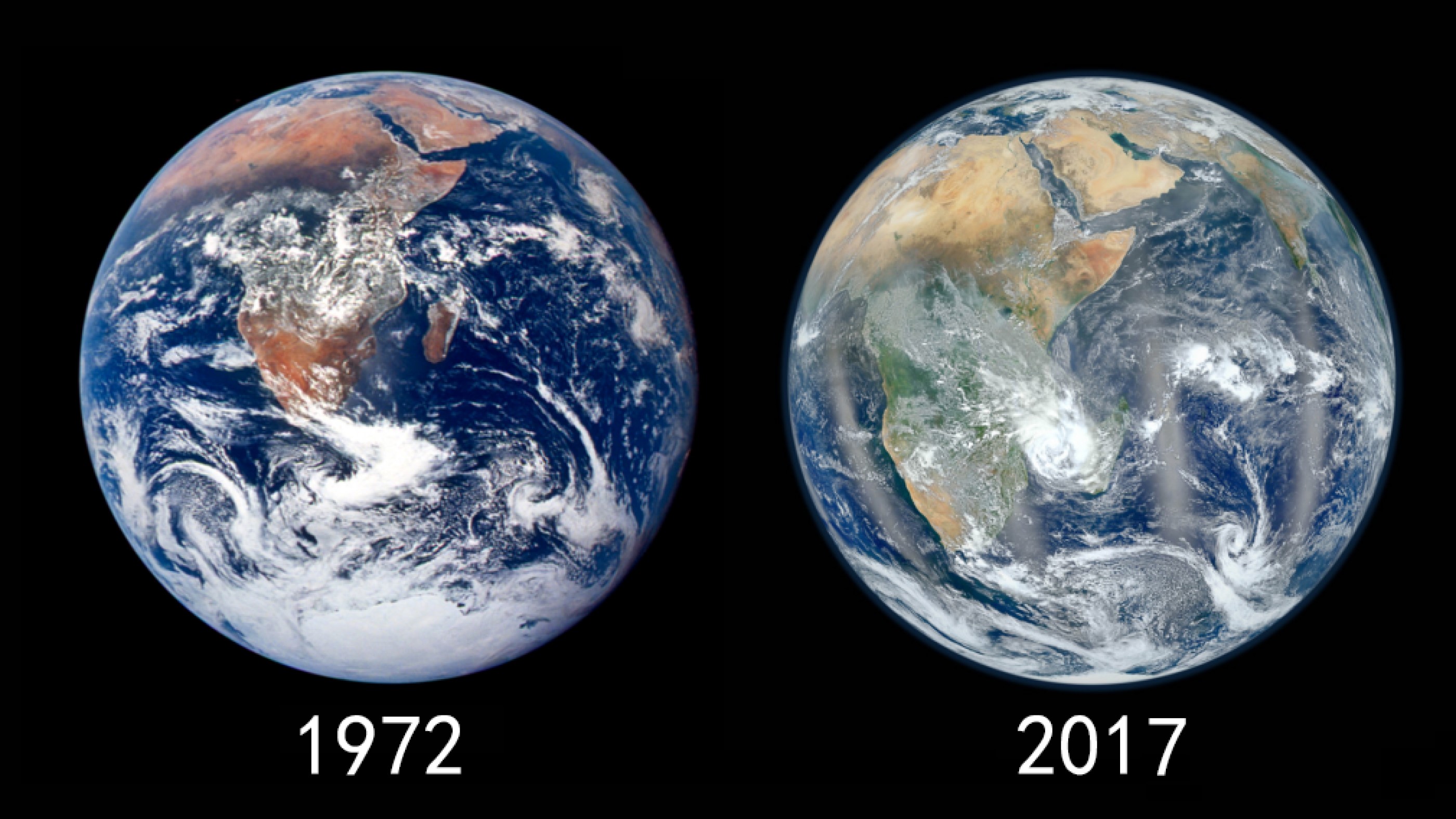 This photo really doesn’t explain what the problem is. You can search for it and look for photos taken by the nearest satellite or space station, and you will find that the earth is not that kind of muddle-headed look, but the blue ocean and white clouds are still beautiful and clear.It hasn't changed much.

We can take a look at the following photos, which are also published by NASA: 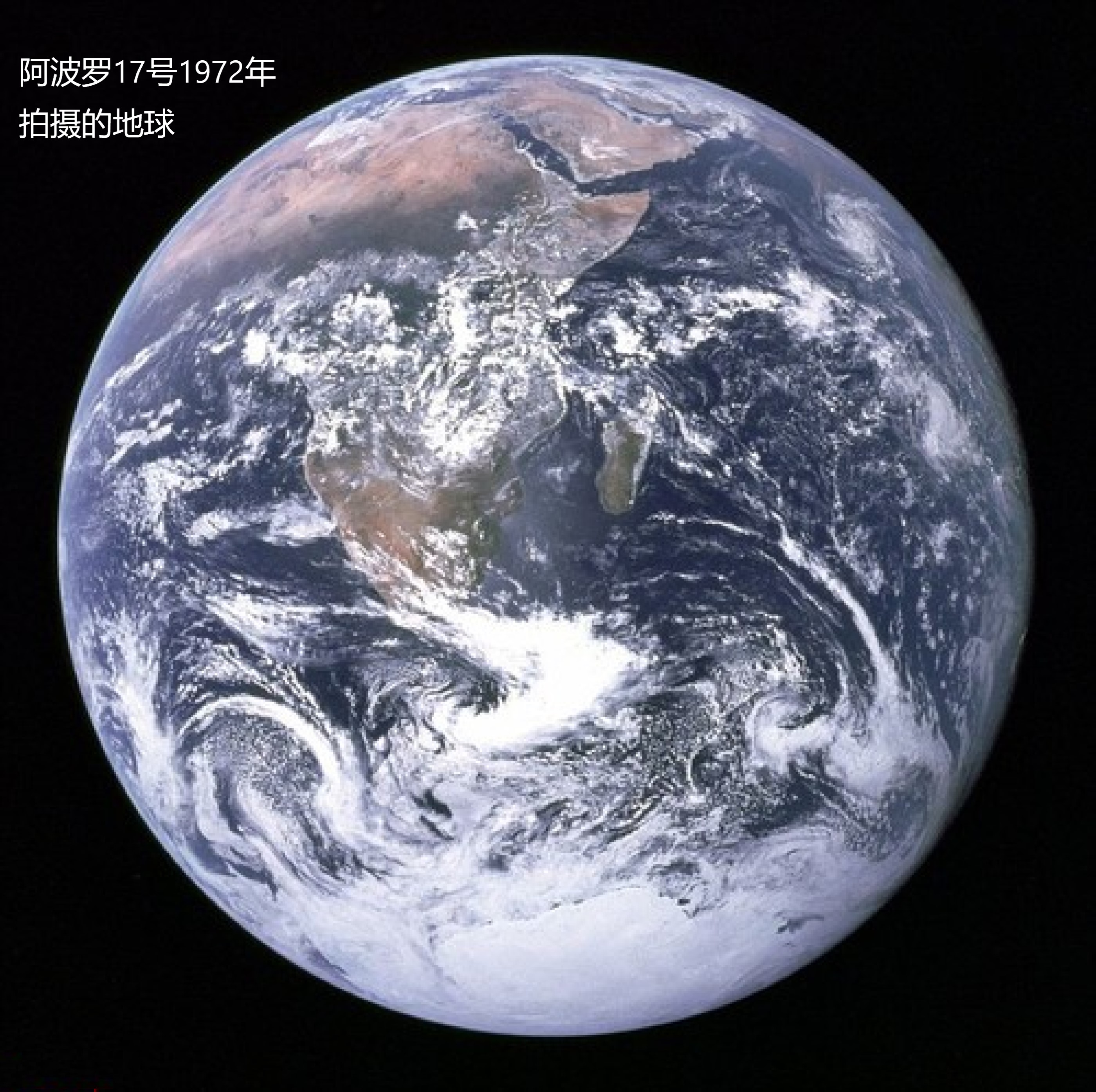 This photo is actually the so-called 1972 photo above. It was taken when the Apollo 17 manned mission to the moon was flying 4.5 kilometers away from the earth. The color of this photo is different from the photo above., It is clearer and more beautiful than the one above, so one of these two same photos must be processed.

And a set of photos released by NASA in 2010, it is said that a special research team of Goddard Space Flight Center took several months to synthesize a large number of photos taken by space observation satellites to achieve the most true and clearest reflectionThe effect of the whole picture of the earth, and the researchers will modify and improve these photos according to the latest data observed every 8 days. The photo effects are as follows: 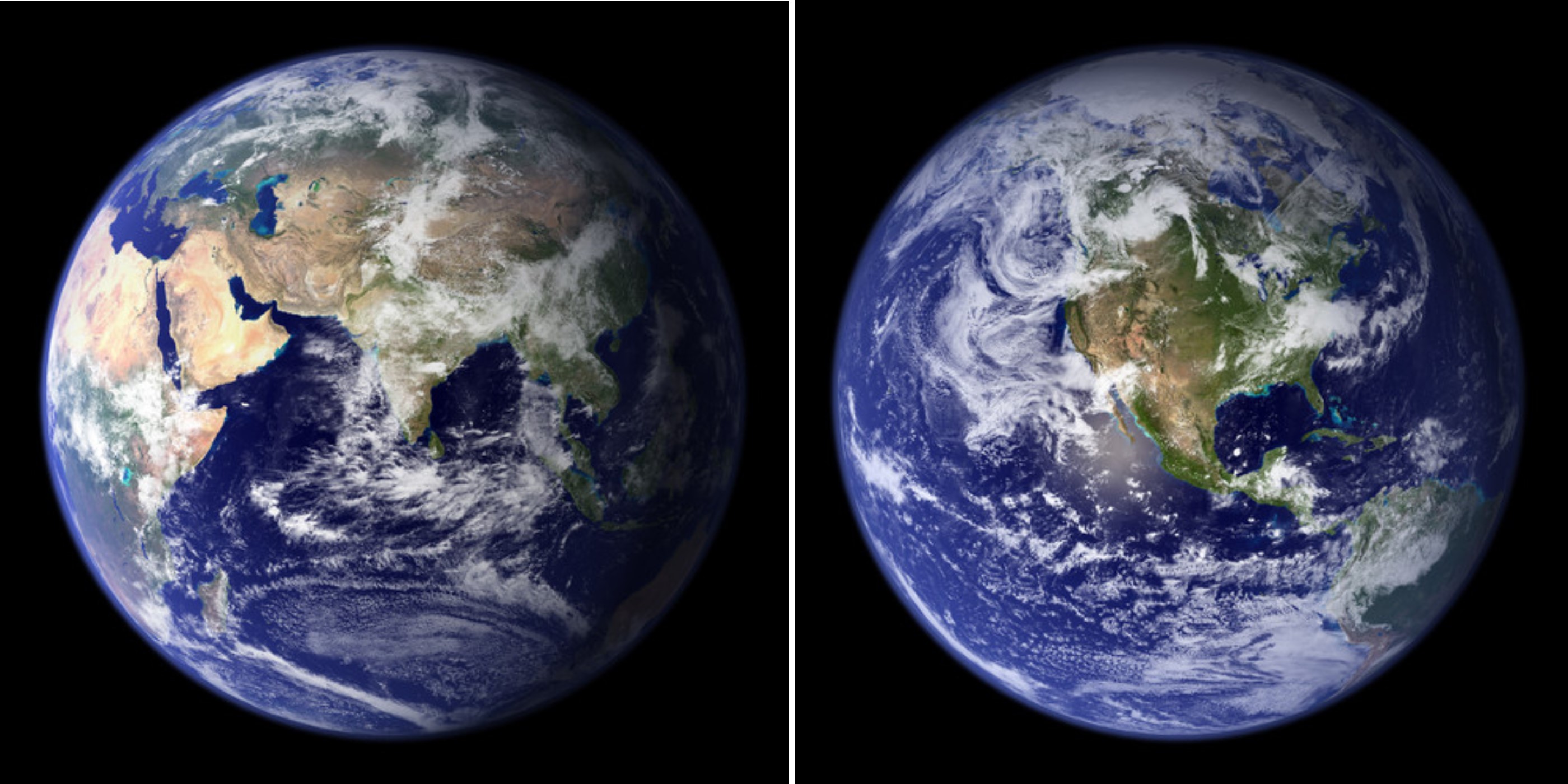 It can be seen from this that what can be seen in the photo? So, has the balloon changed over the years, and how much has it changed? To put it another way, it is the first time that scientists around the world have co-signed to humans after 25 years.Two warning letters, in which they described more accurately the changes in the earth over the past 25 years and the crises facing mankind, shockingly shocking.

At the end of 1992, 1,700 scientists jointly issued a "Warning Letter to Mankind". This warning letter signed by Henry Kendall, the co-founder of the Union of Concerned Scientists and a particle scientist, pointed out:

Since the emergence of human beings, it has been endlessly demanding various resources from Mother Earth. Especially in the past 400 years, the destruction caused by humans' wanton plundering of the natural world has accelerated the originally slow ecological extinction rate by 100 times, and the living environment of organisms has shrunk.The number of invertebrates such as butterflies, beetles, and spiders has decreased by 45%. 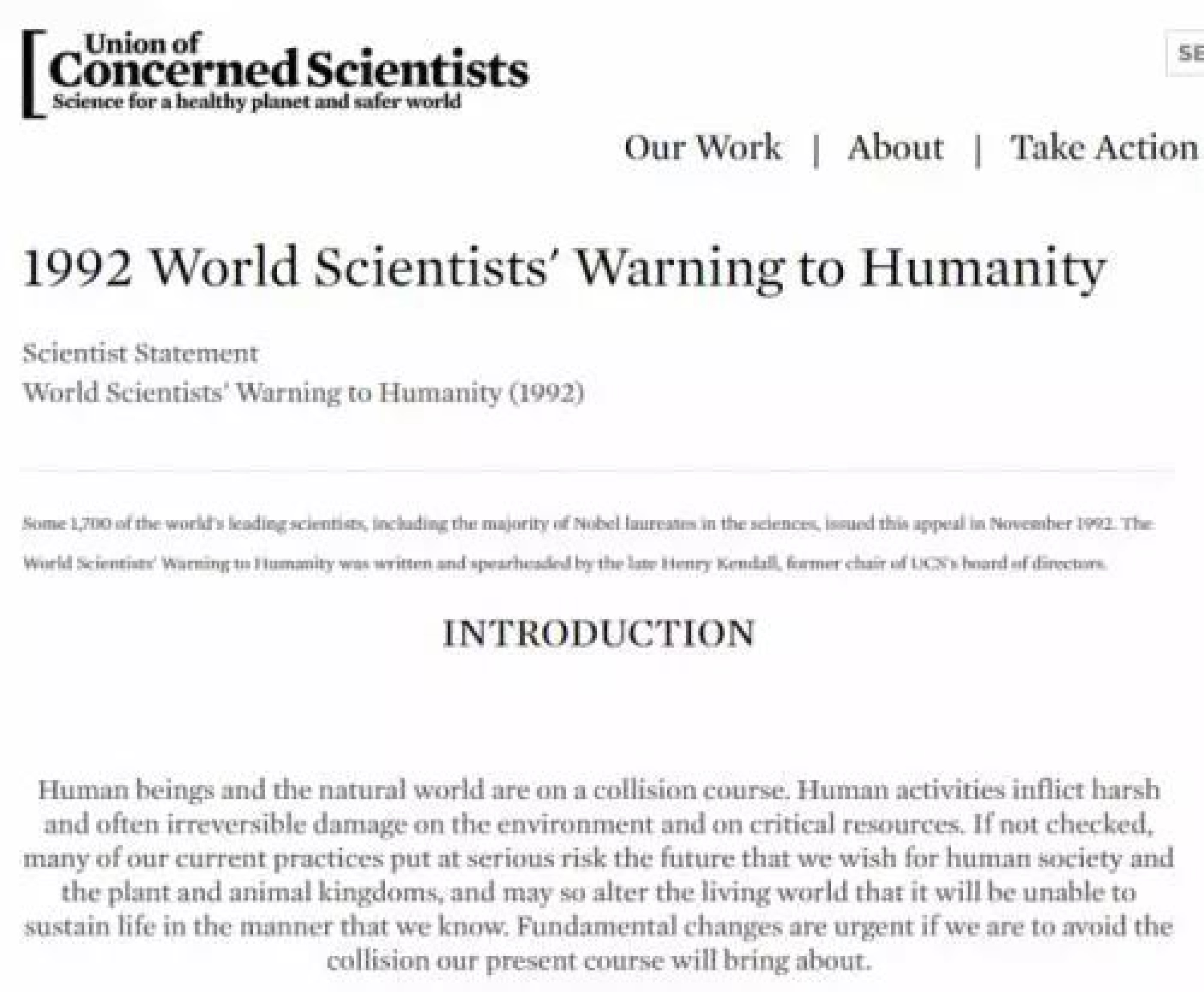 Although people have realized that this kind of damage is likely to cause unpredictable disasters, some measures have been taken, but the results have been minimal.

Immigration to aliens is still too far away for mankind. The earth is still our only home, but it has long been riddled with holes. People are still staring at stocks every day, but newborn babies are drinking poison.

If human beings do not immediately change their behavior and do not contain these deteriorating trends, both human society and the plant and animal kingdom will be in danger, the world of survival will undergo drastic changes, and humans will no longer be able to support the existence of life as they did in the past. 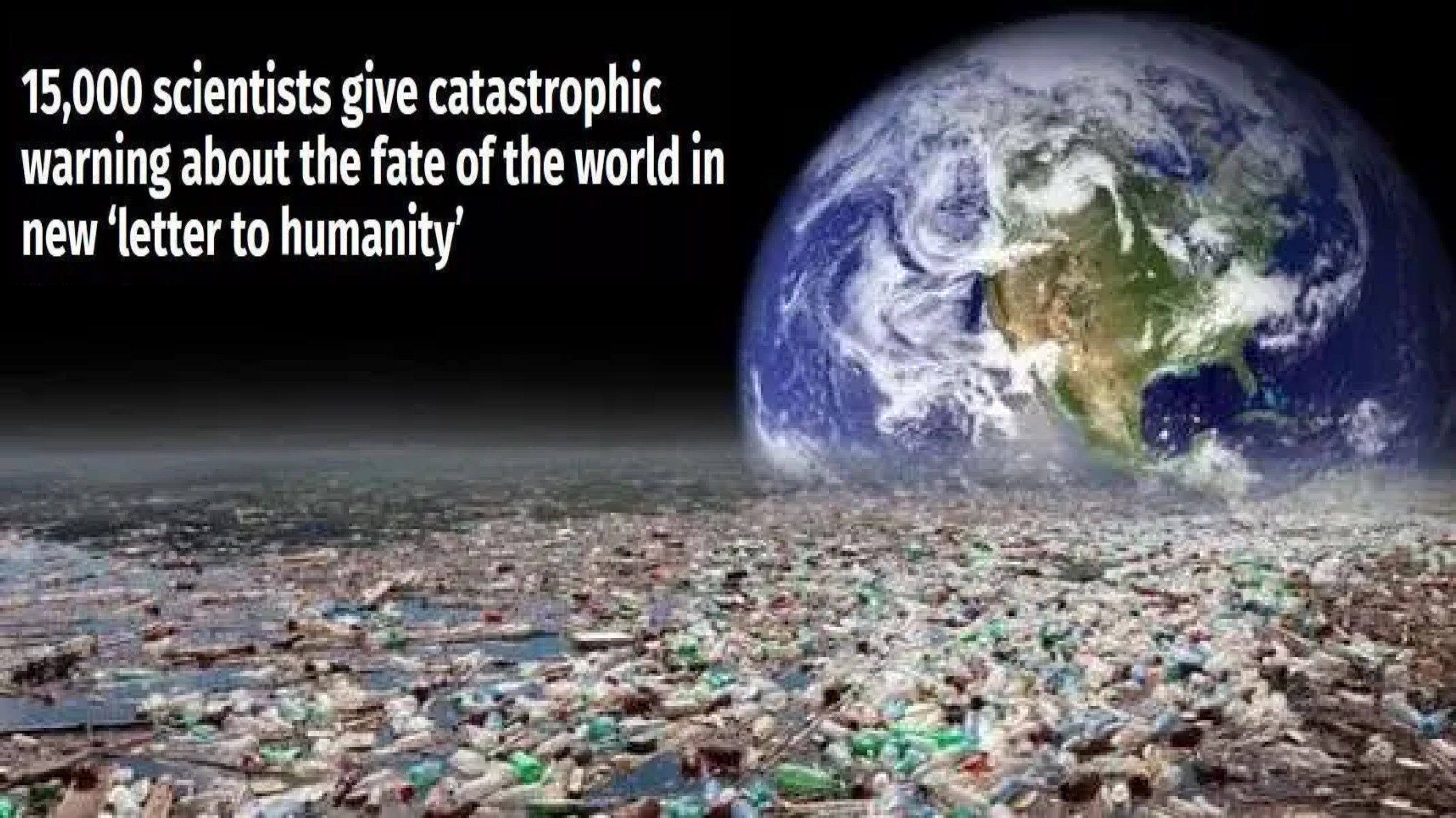 This warning letter can be said to be a cry of blood: There is not much time left for us, mankind will soon miss the opportunity to get back on track, and the time left for us is fast passing! If it is not changed,End the wrong approach as soon as possible, it is too late to regret! 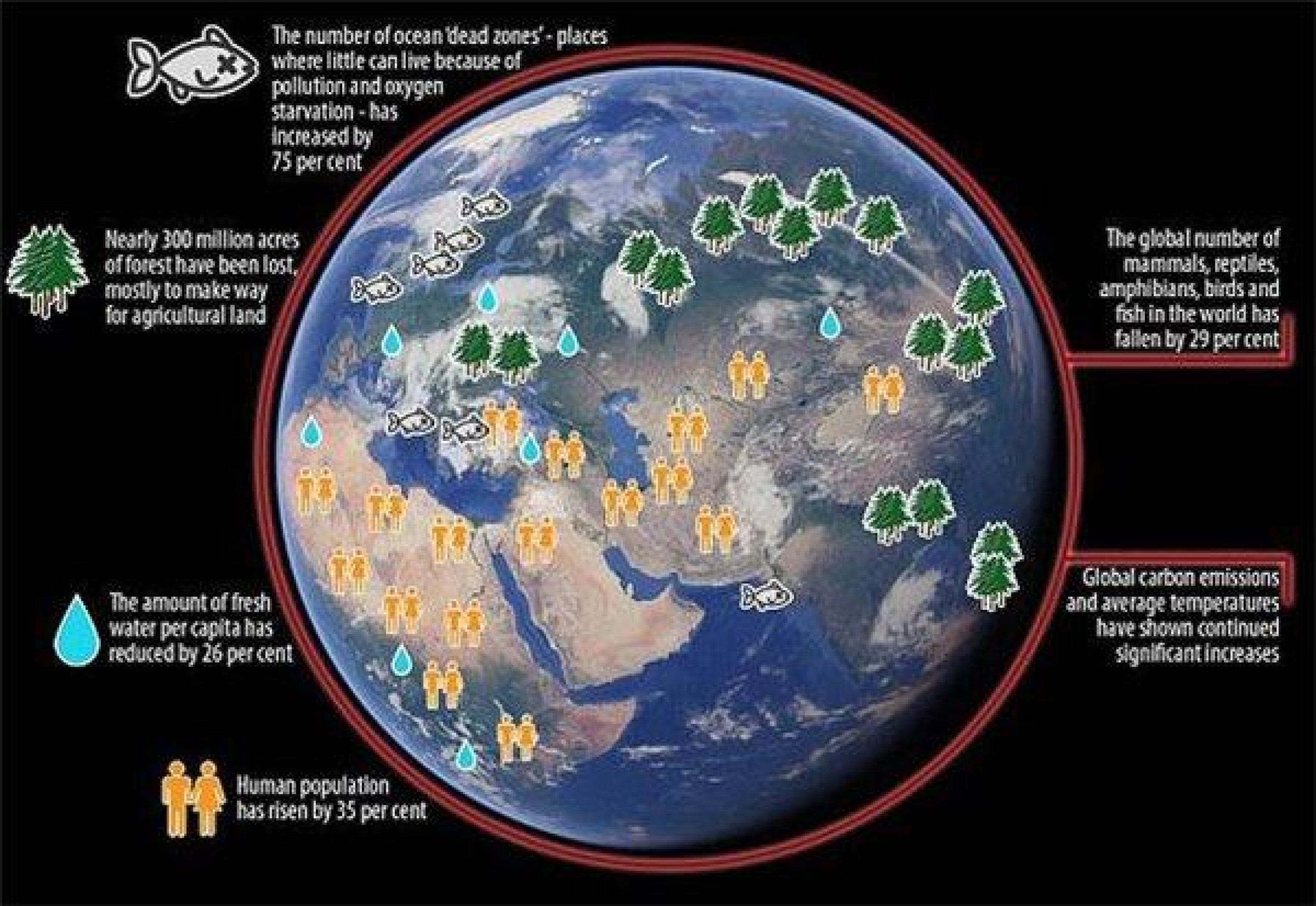 The warning letter reluctantly pointed out: 25 years ago, the world's top scientists prescribed prescriptions to solve these problems, but what is shocking is that humans turned a deaf ear to this, not only did not converge, but intensified.

The letter lists 25 negative development trends of globalization. In the past 25 years, per capita fresh water has decreased by 26%, ocean dead water area has increased by 75%, forest area has decreased by 300 million acres, and global mammals, amphibians, and crawlingThe number of animals, birds, and fish has fallen by 29%, animal populations have become extinct by 30%, humans have increased by 35%, and global wildlife has fallen by 60% in 40 years. 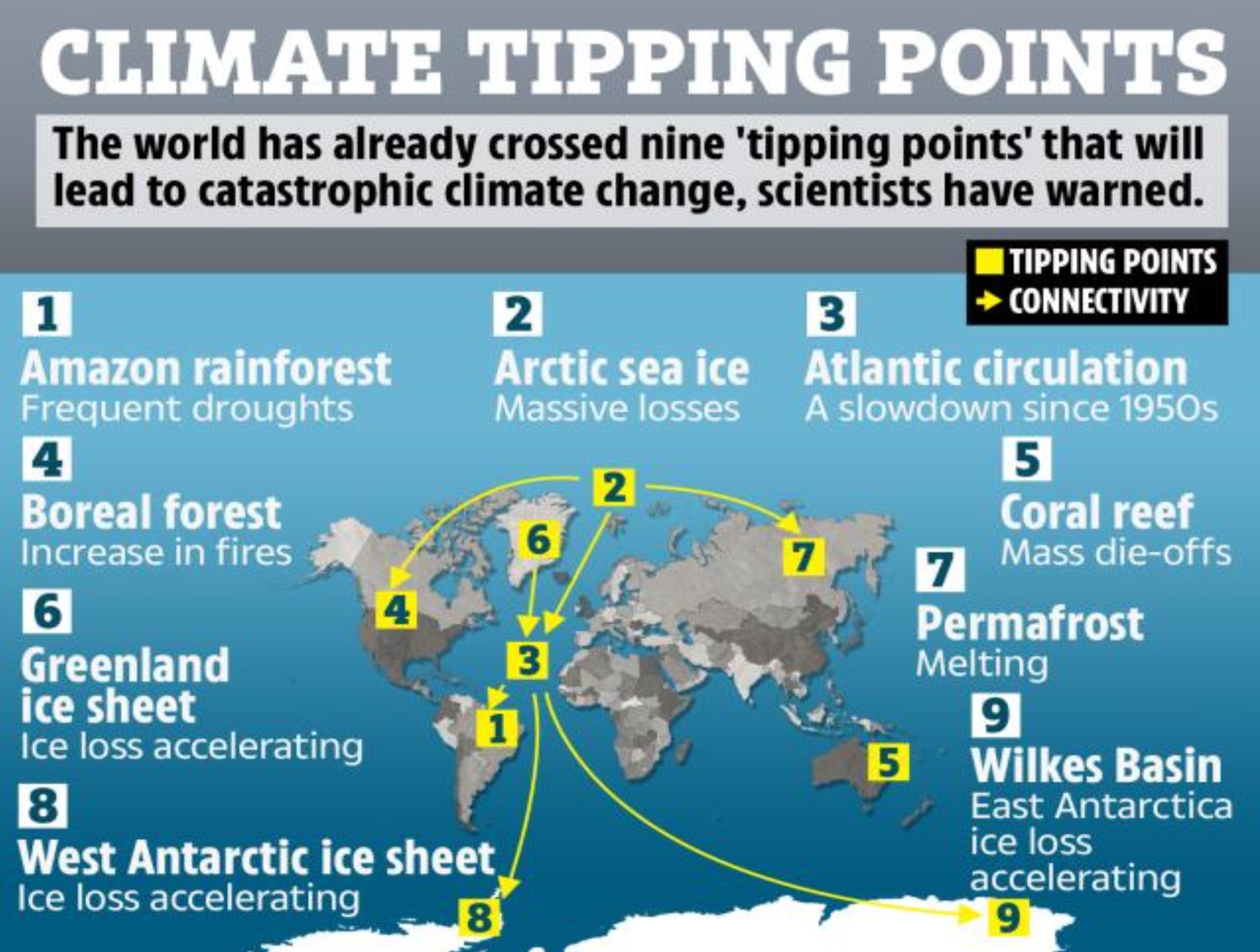 Warning in the letter: Catastrophic extreme climates are taking shape, and there have been at least 9 critical points that warn us, such as permanent glaciers are melting, sea levels are rising, coral reefs are dying, grasslands and tropical rain forests are disappearing, and forest firesFrequent occurrences, ocean circulations reverse, extreme climates become more frequent and intensified, the deserts are also flooded with water, but droughts are raging in some places where there are originally aquatic plants.

The only bright spot is that the ozone hole has shrunk under human intervention. This shows that as long as humans change, it is possible to reverse the deteriorating trend, but do humans have the determination to comprehensively improve and repair nature? Scientists are desperately hoarse.Looking forward to this miracle. 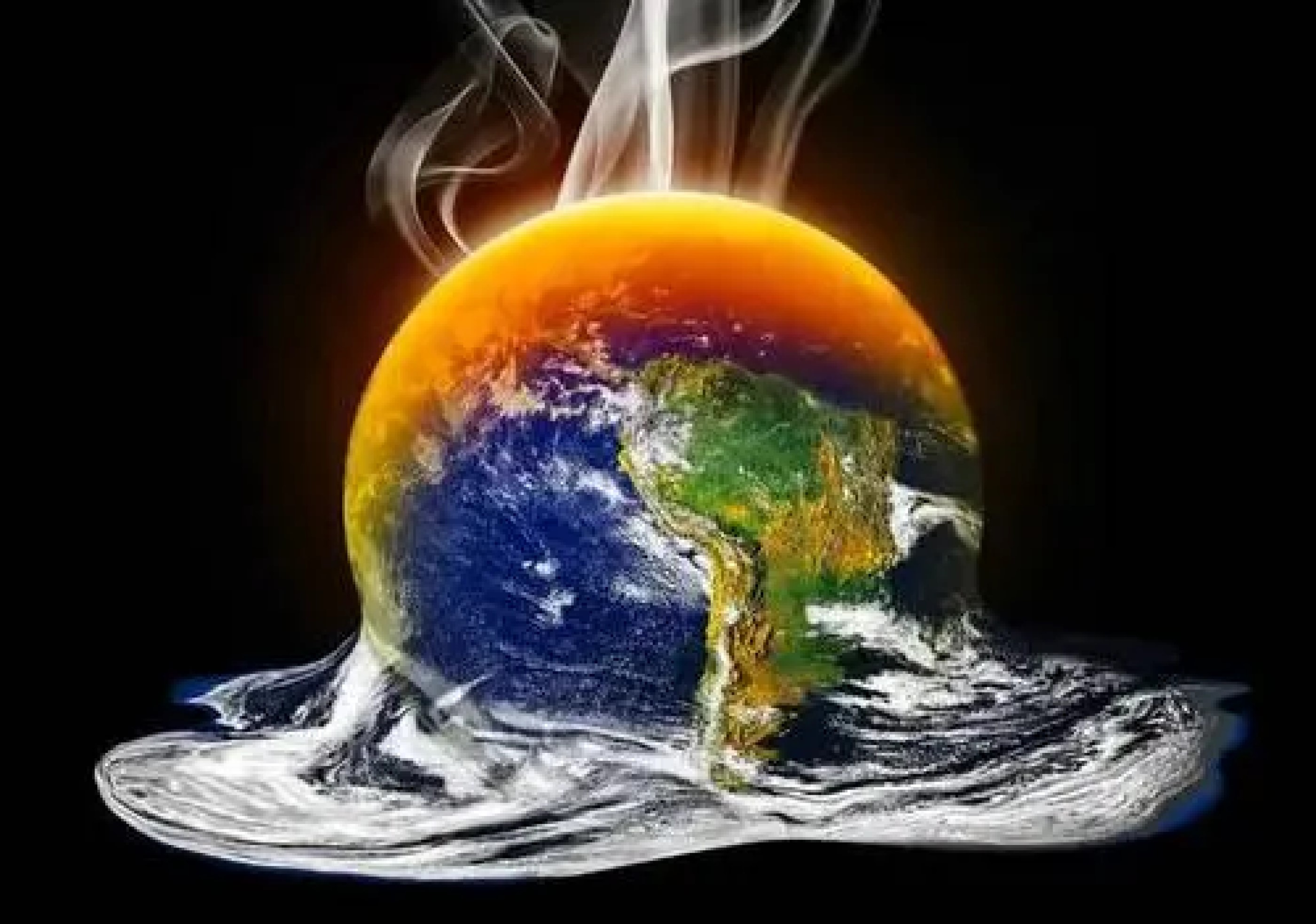 After a long-term follow-up study on the earth problem, scientists found that the problem is actually very simple. It boils down to the change in the average temperature of the earth. The biggest problem at present is the continuous increase in the average temperature of the earth. An average increase of 1°C will lead to frequent disasters.And with the increase in the rate of increase, this kind of disaster will expand exponentially.

The average temperature rises to 3℃ is a threshold, that is, the critical point. After this critical point, the earth’s own natural climate regulation system will collapse, and unpredictable extreme climates will ravage the world. Then the temperature will rapidly rise to 6℃, all species including humans will face 95% mass extinction at this temperature. 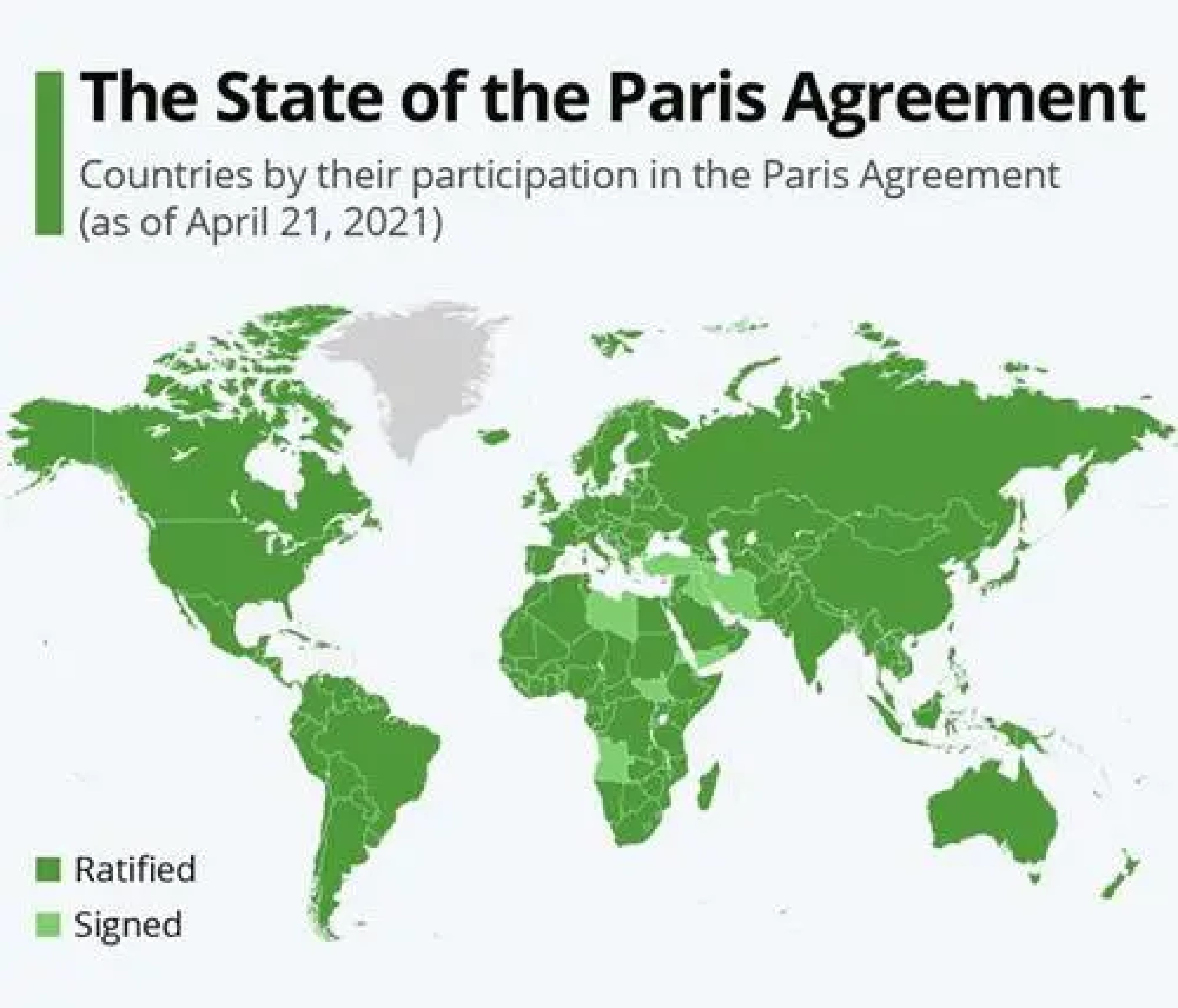 Therefore, controlling greenhouse gas emissions and slowing down the rising trend of global average temperature are the most important common responsibility of all mankind, and it is also the fundamental issue urgently to be solved. The Paris Agreement is one of the most important documents led by the United Nations.As of 2021, 195 countries around the world have signed this agreement. The goal is to control the temperature rise within 2°C at the end of the world, and strive to control it within 1.5°C.

This seems to be just a temperature indicator, but it is actually a comprehensive change of human behavior and environmental restoration measures. Because to reduce the rising trend of global temperature, it is necessary to reduce greenhouse gas emissions, a variety of trees and protect the ecology, reduce damage,Remediate the environment. One of the most important indicators is carbon emissions, and all countries have promised to achieve carbon peak and carbon neutrality within a few years. 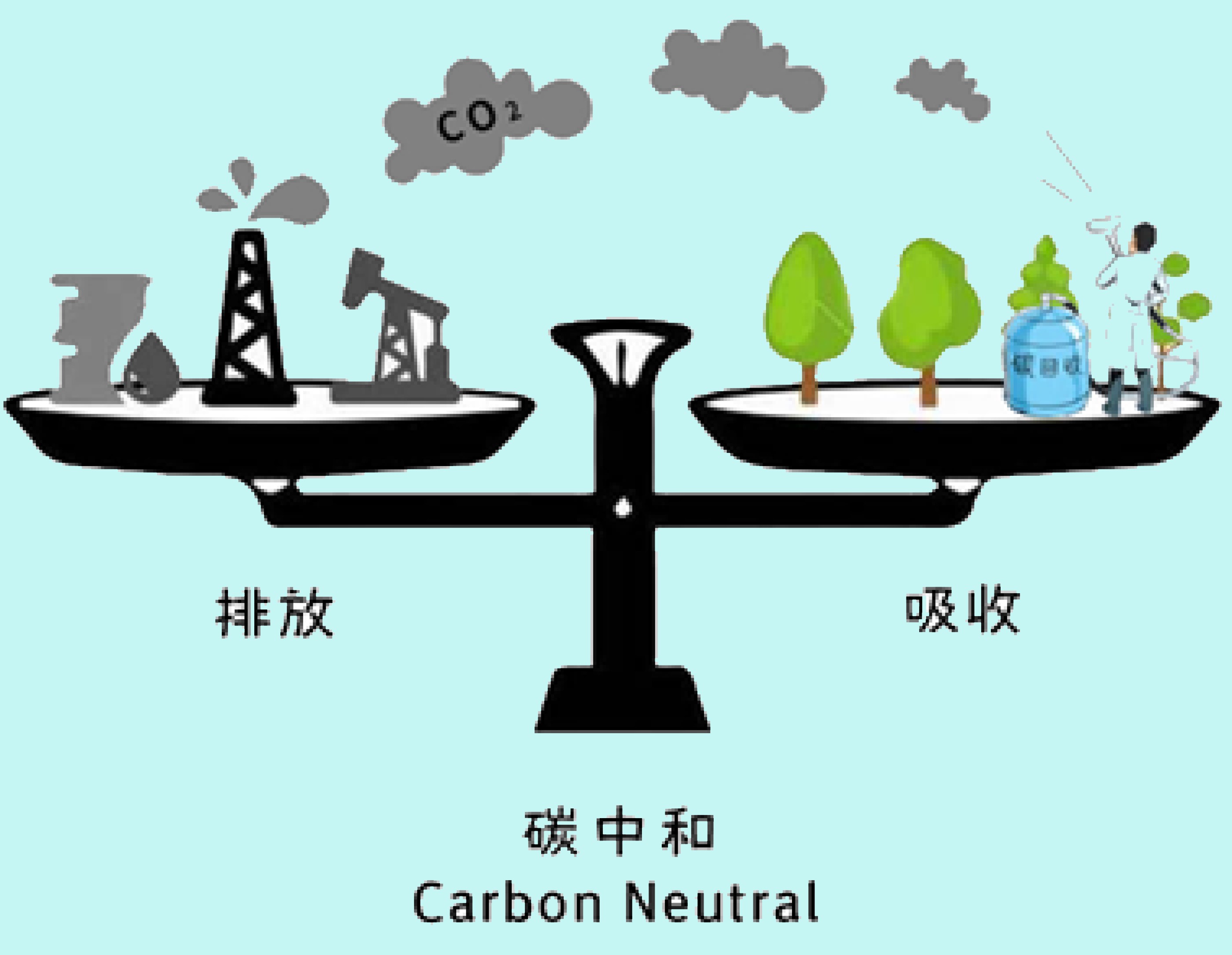 It means that carbon dioxide and other harmful gases greenhouse gases emitted by production and life of a company, region, or even country must be offset by measures such as tree planting, energy saving and emission reduction, and the development of clean energy, so as to achieve zero emissions. The peak of carbon isIn a certain period of time, carbon emissions will not increase after reaching a plateau, and will decline year by year. 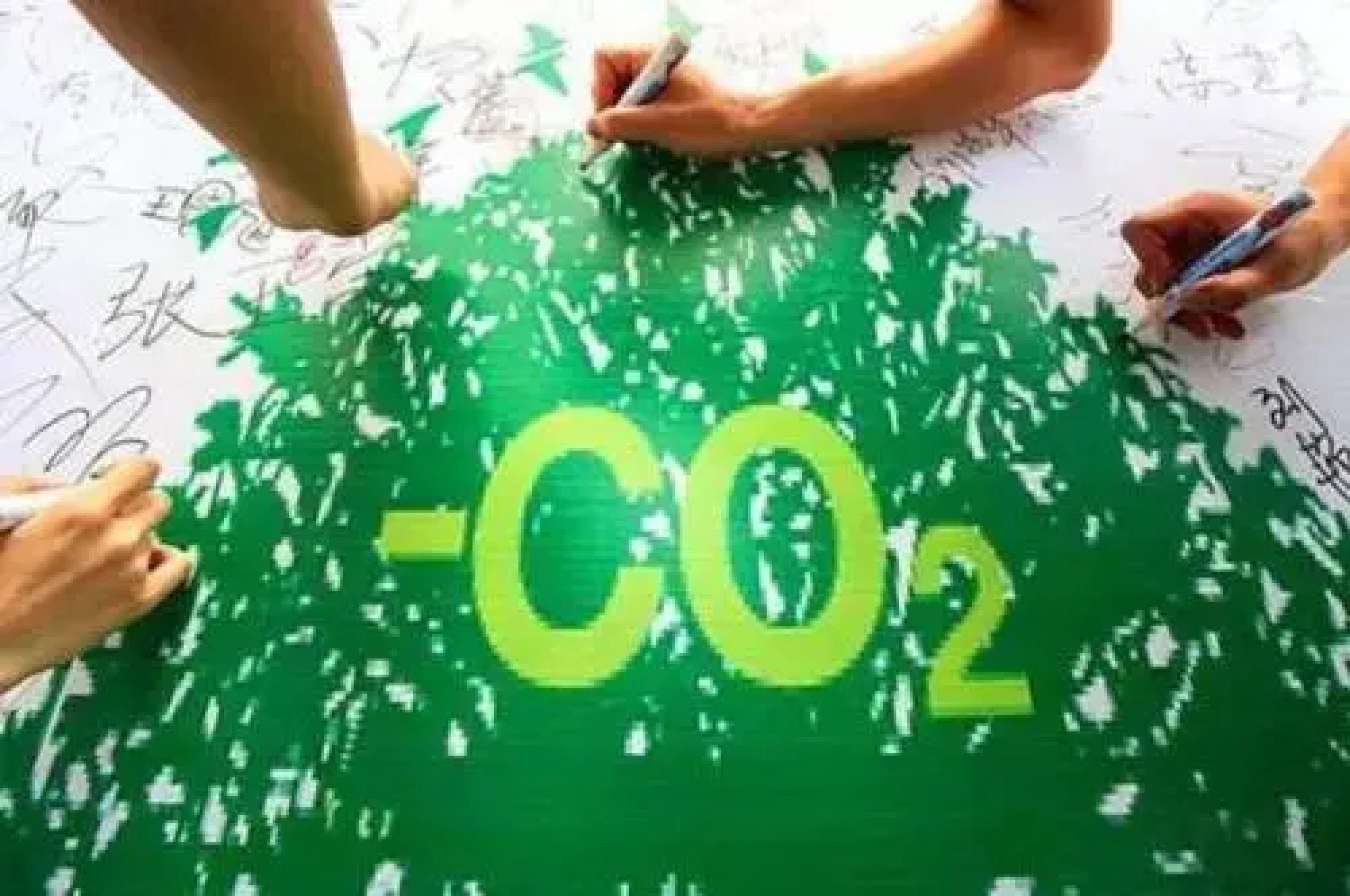 But can this joint human action be successful? Many scientists are not optimistic about this, because there are still many countries that have not fulfilled their responsibilities, and the temperature rise is still increasing. Compared with before industrialization, the world average temperature has risen by 1 degree., The world’s environmental and climate disasters are taking shape, and if we don’t contain them, I am afraid that loss of control will be inevitable.

Nowadays, some people on the Internet often ask whether rumors such as scientists predicting the destruction of the earth are true. In fact, they are all nonsense. Global warming is the biggest disaster facing mankind. This is true. Let us pray and followStart by yourself, change your behavior and habits, low-carbon life and travel, and contribute a little to hold the rising temperature.

What did you say? Thank you for reading and welcome discussion.