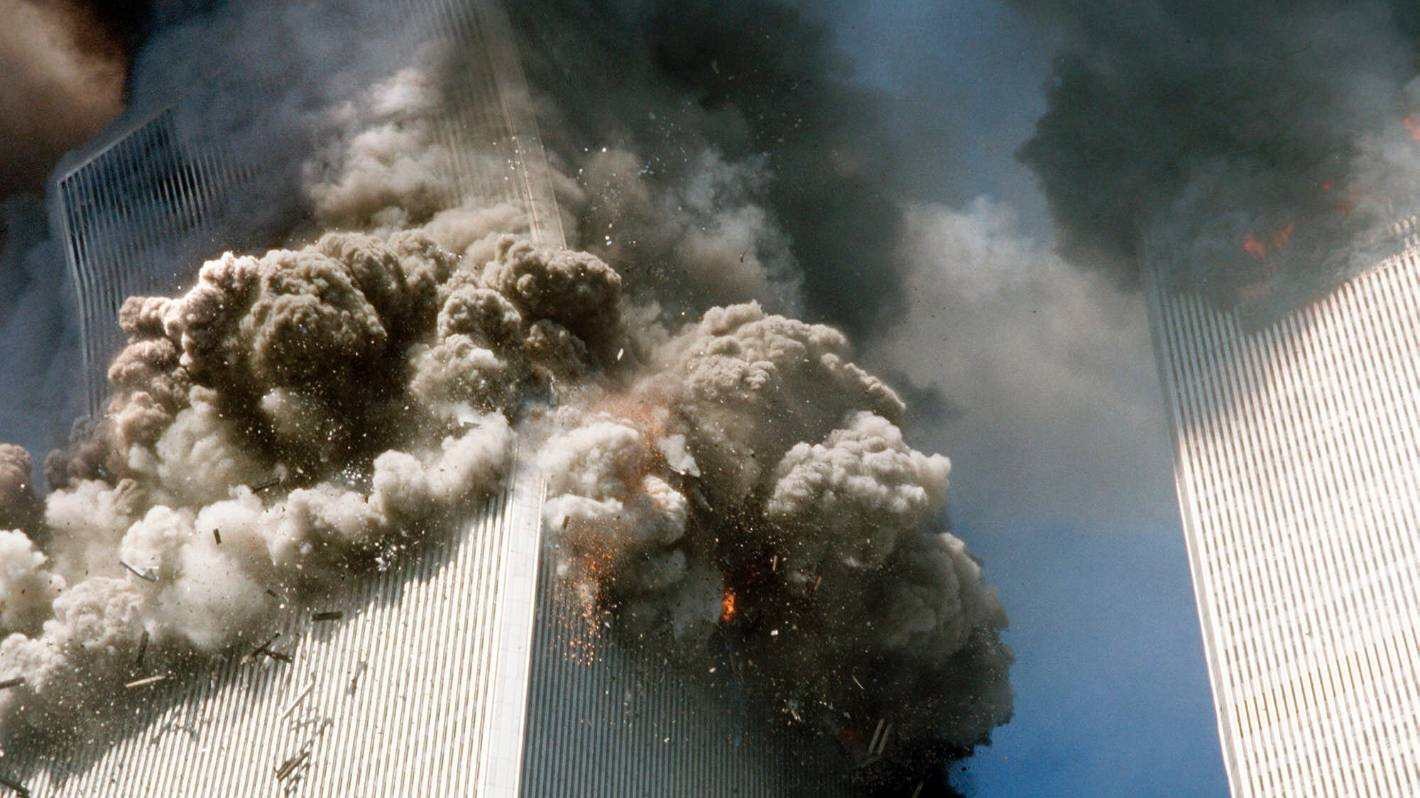 The "Twin Towers" of the World Trade Center in New York was crashed by an airplane. Is it related to the lightweight design of the building?

Once upon a time, the Manhattan World Trade Center in New York was the world’s most eye-catching existence: two skyscrapers over 415 meters and 110 stories each stood on the banks of the Hudson River, becoming the most prominent of the world’s largest city skyline.Partly, they are the pride of New Yorkers, and they have become a symbol of American technological achievements and economic hegemony. 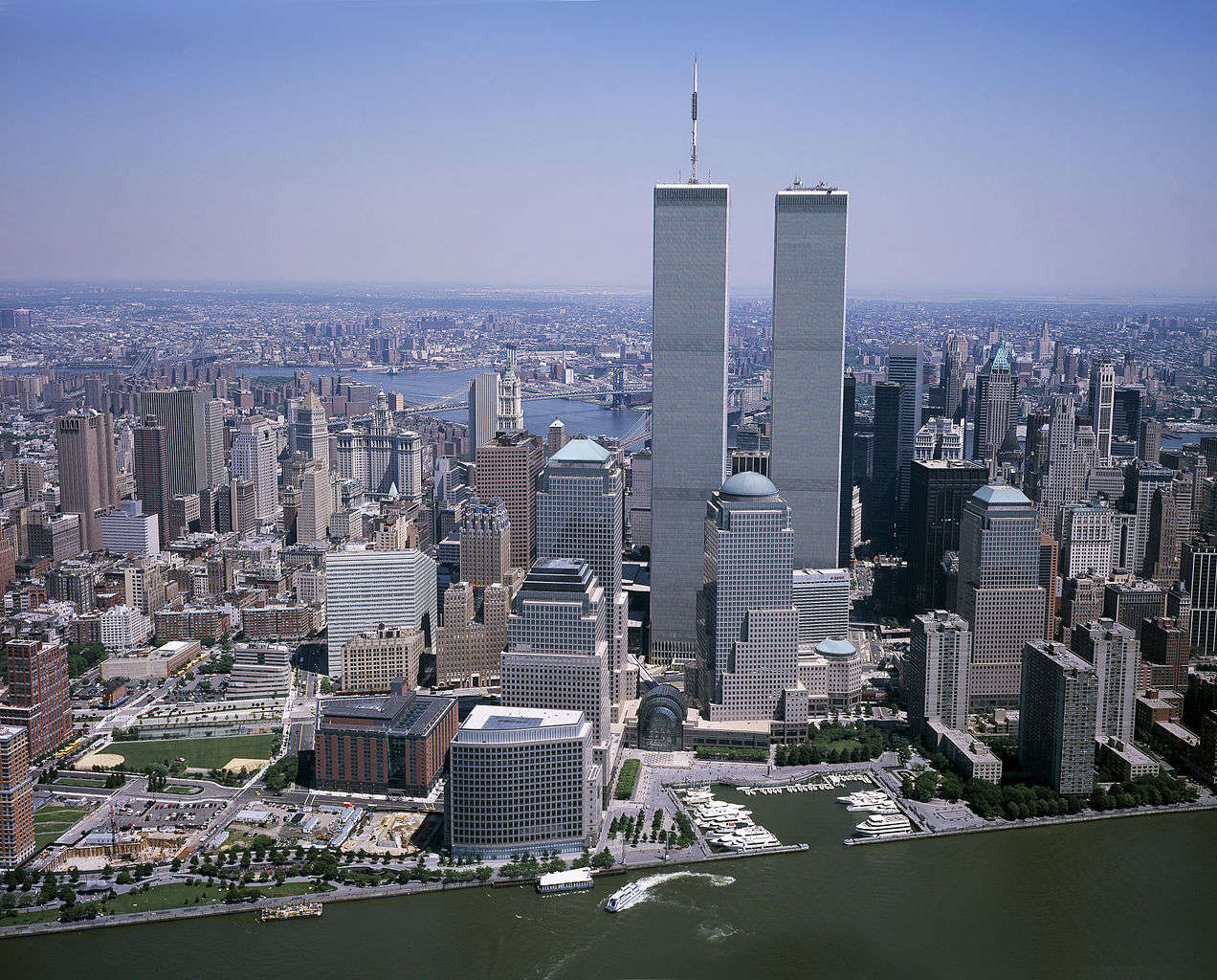 People used to call these two long strip buildings "Twin Towers". However, on the morning of September 11, 2001, Eastern Time, the two buildings were hit by passenger planes and burned.A few hours later, the twin towers collapsed under the gaze of the global audience, turning into a cloud of smoke and a pile of rubble. 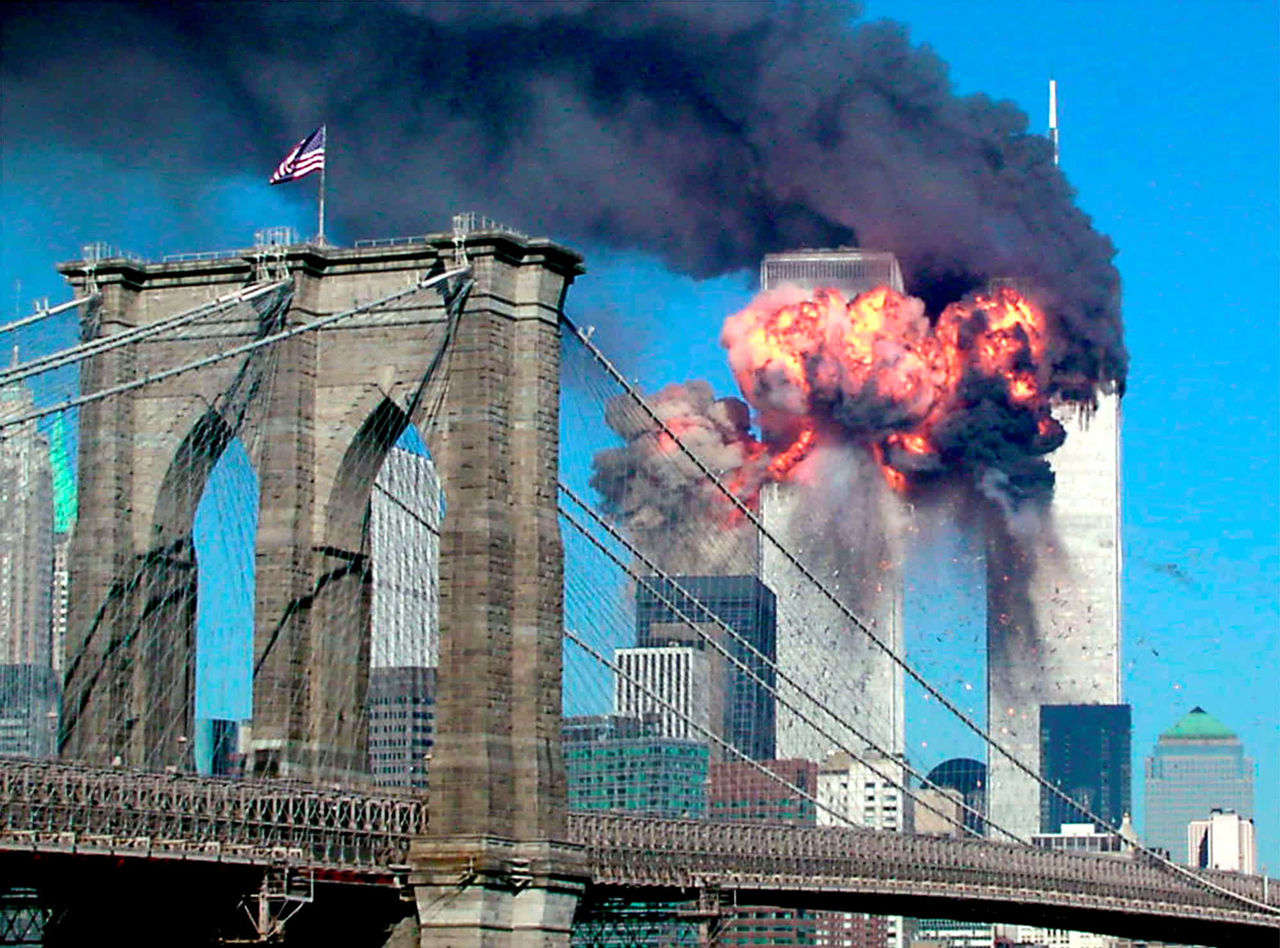 9.11, the South Building of the World Trade Center was hit

September 11 incident caused a total of 2763 deaths, which brought about profound changes in the global situation. However, the debate surrounding the collapse of the twin towers has not subsided for many years: some people say that the structure of the building was destroyed by the plane impact, some people said it was.The high temperature of the fire melted the steel, and some people vowed to claim that this was a directional blast-a large amount of dust during the collapse of the building was caused by the explosion of explosives and had nothing to do with the aircraft.

The North Building of the World Trade Center collapsed

How exactly did the World Trade Center in New York collapse? Why did the plane only hit the top fifth of the building, but caused the entire building to collapse?

In 1961, the Port Authority of New York and New Jersey decided to build the world's first World Trade Center in Lower Manhattan. The following year, the Japanese-American designer Miro Yamazaki and the Jewish designer Ross and his son were jointly designed. In 1964, Yamazaki produced a complete set.Design plan. The design concept of the twin towers is advanced and bold. He used 47 steel columns and reinforced concrete to build a huge elevator inner tube of 41×27 meters.There are no pillars between the outer walls, only lightweight steel trusses are used for laps, and 10 cm thick cement slabs are laid on the ground for each layer. 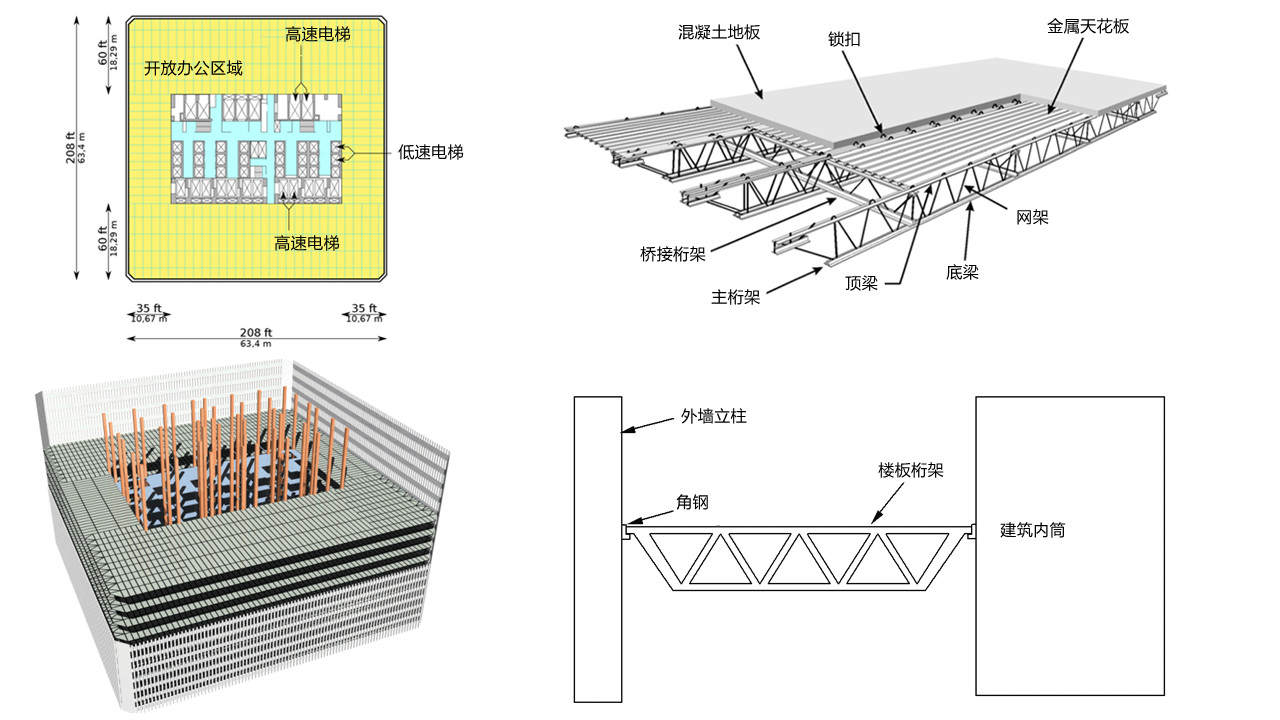 The layout and structure of the twin towers

The benefits of Yamazaki's design plan are obvious: for super high-rise buildings, it is light enough; all components can be standardized in the factory, and the assembly speed is fast; the construction cost is kept to a minimum. Due to the large amount of high-strength steel and aluminum alloyAt the same time, the width of the windows is compressed to only 46 cm, which makes the whole building very light and tall. The total structural weight of a single tower is only about 500,000 tons.

The lightweight structure does not mean that it is not strong. New York faces the Atlantic Ocean to the east and is often hit by hurricanes. In order to resist the strong wind of 225 kilometers per hour, Yamazaki designed the twin towers with a wind load of 2kPa and a lateral thrust of 5000 tons.

The wind and sunshine in New York on September 11th, the impact of the aircraft did not fundamentally damage the steel structure of the tower. This is easy to understand: most of the structural parts of the Boeing airliner are aluminum alloy, only the keel beam at the bottom of the fuselageThe strength of the building is comparable to that of the steel columns on the outer wall of the World Trade Building. Therefore, the plane flying at 700 km/h only broke a few columns on the outer wall, and the load on the upper part of the building was transferred to other surrounding columns.

Flame spurts from the broken window

Since the impact of the aircraft cannot damage the main load-bearing structure of the Twin Towers, people turned their attention to the fire. It is said that the two aircraft carried up to 90,000 liters of fuel before the impact. The specific gravity of aviation kerosene is 0.775, which is equivalent to approximately69 tons of highly flammable liquid was spilled in the building. The high temperature generated by the burning of kerosene burned the steel and collapsed naturally. However, the fact is not that simple.

When discussing fires, many people often confuse the concept of temperature and heat. In fact, although 69 tons of aviation kerosene can carry a huge amount of energy, it cannot produce enough temperature to melt steel when burned in an open environment. This is the same asIf you turn on the gas stove to the maximum, the temperature of the flame will not double for the same reason. 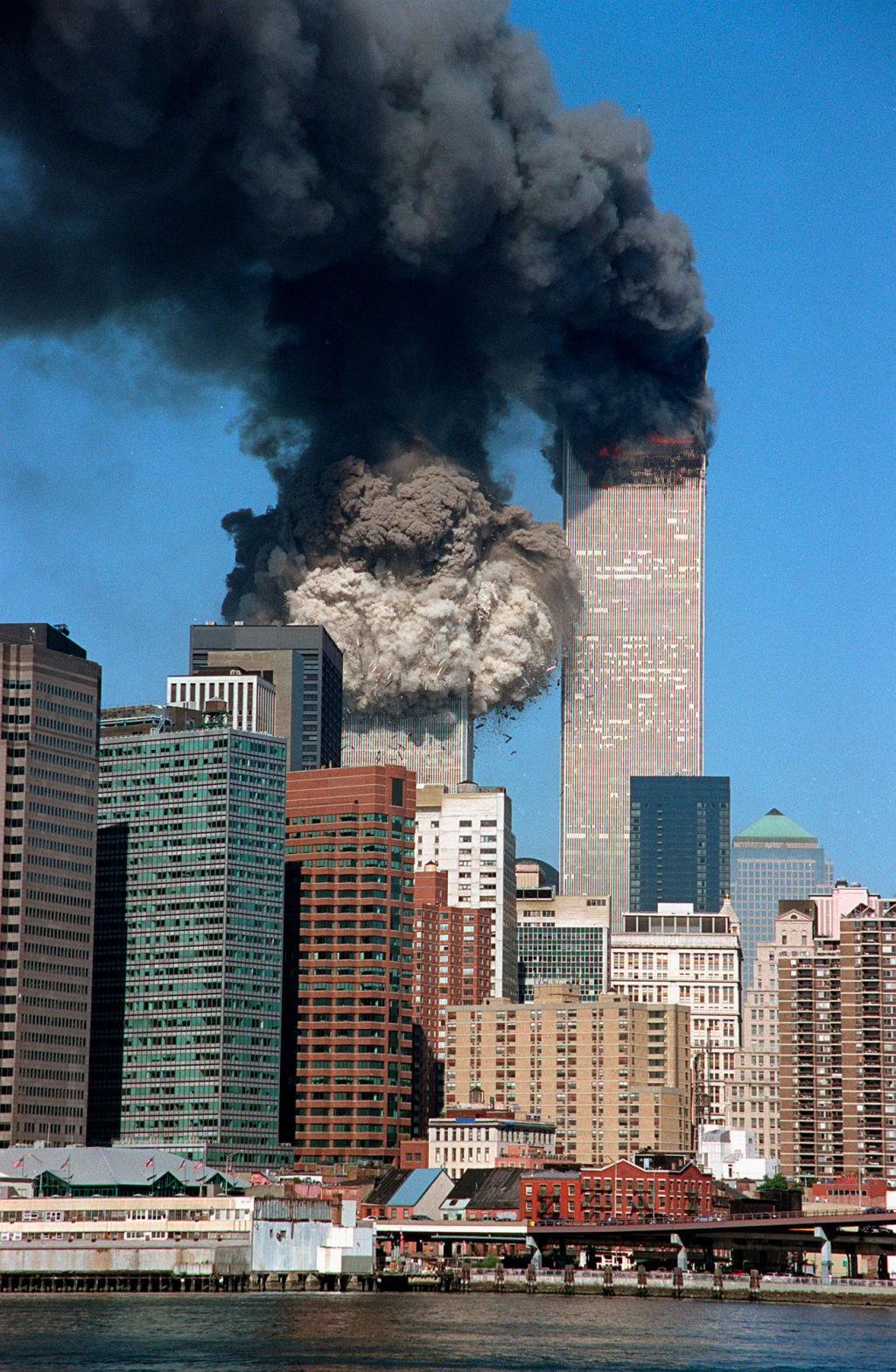 The moment when the South Building collapsed

The twin towers have been emitting billowing black smoke during the combustion process before the collapse. This is caused by insufficient oxygen supply in the building and insufficient material combustion. Under such conditions, even if there is a large amount of fuel and office desks and chairs in the buildingCombustion can not reach the high temperature of 1500℃ required for melting steel. The temperature of residential fire is usually in the range of 500℃~650℃. Due to the aviation fuel in the World Trade Building and the low radiant heat loss, the fire site temperature may reach900°C. This cannot bake steel, but it can reduce the strength of steel by about half.

But this is still not the main reason for the collapse of the building.

It was Yamazaki's design of the floor that led to the collapse of the twin towers.

The lightweight design of the floor slab triggers a domino effect

When the fire continues to ignite inside the building, the steel slab truss fixed on the inner and outer steel columns is heated and expanded, and the steel columns supporting the inner and outer walls will resist this expansion, so the truss begins to bend and bend under the flame baking.It fell off the angle iron and hit the floor below. Since the fire occurred on the adjacent ten floors at the same time, more and more floors hit the floor, which eventually exceeded the maximum load-bearing capacity of a single-story floor of 1,300 tons.Domino effect. 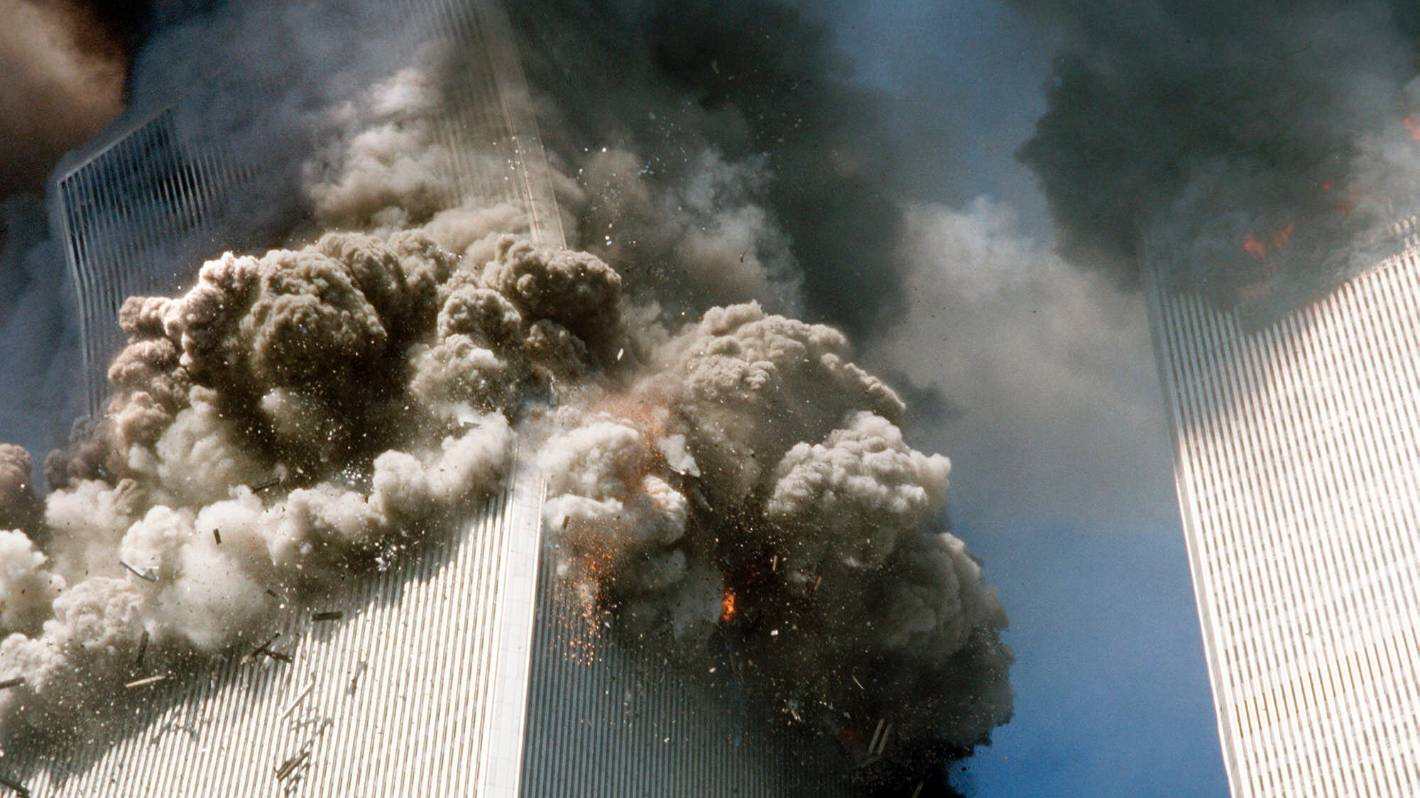 The top of the south building is tilted and smashed down

Because the plane impact strips off the fire and heat insulation layer on the steel structure surface, there is no automatic sprinkler and enough water to extinguish the fire in the building. The yield strength of a large number of steel pillars in the fire location is under the blazing flames for a long time.Lost 50%, bending and breaking under the huge load of dozens of floors above the building. Eventually, the whole building collapsed in 10 seconds, and the bottoming speed of the uppermost floor reached 200 km/h.

The collapse process of the World Trade Tower

Finally, we do a brief review:

The World Trade Center in New York City collapsed under the impact of the plane. It was not because it was unable to withstand the huge impact, it was not because the fire burned the steel, and it was not because someone buried explosives in advance. The lightweight structure of the twin towers was the main cause of the collapse.

You may ask where the dust comes from? Don’t forget that there are lightweight concrete floor slabs on each floor of the building, and the outer layer of the steel structure is also coated with thick fire-resistant asbestos. These things are under great pressureIt will turn into dust.

No one blames Yamazaki for this. He designed two buildings that Americans are proud of, but he did not expect that these two buildings will one day deal with a plane full of fuel. Perhaps after the September 11 incident, countries around the worldBefore building a super skyscraper, you must think more about how to deal with aerial attacks, but it is by no means only a few architects who really give people a sense of security.