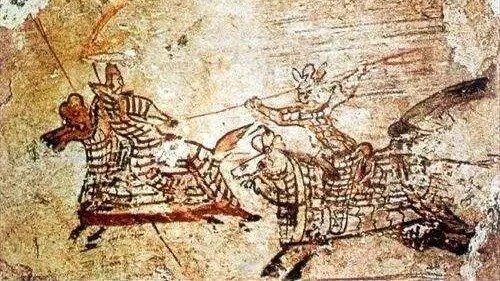 "One armor tops three crossbows, three armor enters the underworld", why the ancient private possession of armor is equivalent to a capital crime

In the era of cold weapons, the main weapons and equipment include crossbows, armors, war horses, etc. Generally speaking, ordinary people are inaccessible, such as war horses, which are important materials for war and are basically controlled by the state.

Cavalry is the strongest combat power in all dynasties. If there is a strong cavalry force that can even influence a country’s national fortune, its role cannot be underestimated.

Bows and crossbows can kill the enemy remotely. To a certain extent, it is like the current cannons and machine guns, but its lethality and distance are relatively limited. According to common sense, it seems that offensive weapons should be more important than defensive equipment, but the facts areThis is not the case. In many cases, armor is more important than crossbows.

Historical records "all privately prohibited weapons, only one and a half years. One crossbow, plus second class. One collar and three crossbows, flow 2,000 miles. Three collars and five crossbows, twisted."

According to the criminal law of the Tang Dynasty, possession of armor and weapons is a serious crime. The crime of stealing a pair of armor is the same as that of three crossbows, and once more than three pairs of armor or five crossbows, it will be hanged.

Then, why would the private possession of armor be crowned a felony by successive dynasties?

The production cost of armor is higher

The higher the cost, the higher the price. In ancient times, the production cost of armor was very high, and it was also built by the state.

The country spends a lot of money to make armor for the purpose of national defense. After soldiers wear armor, their defense and combat effectiveness will be significantly improved. Of course, such important strategic materials are not allowed to be privately hidden.

There are many kinds of armor materials, such as leather armor, cloth armor, iron armor, wood armor, etc., let’s take the Mingguang armor of the Tang Dynasty as an example. According to the restoration of the armor worn by the painted sculpture of the King of Heaven in the Mogao Grottoes of Dunhuang, it is composed of 1590 piecesIt is composed of fish scale armor and 644 long strips of armor.

The number of armor pieces in a pair of armor exceeds 2000, and the complexity of its production can be imagined. The process of making armor is very cumbersome and time-consuming. First, the iron is made into armor pieces, followed by punching and rough grinding., Perforation, wrong hole, combined cutting, wrong edge, fine grinding, the armor piece is finished, and the armor must be woven with leather strips, and there must be a lining inside.

The parts of Mingguang armor include pockets, neck guards, shoulder guards, Mingguang armor, braces, belly guards, buckle belts, arm guards, crotch gowns, wide mouth pants, greaves, etc. In 927 AD,Japan once imitated a piece of iron armor. It took more than 200 working days from the beginning to the completion of the finished product, and 41 workers were needed. The complexity is evident. 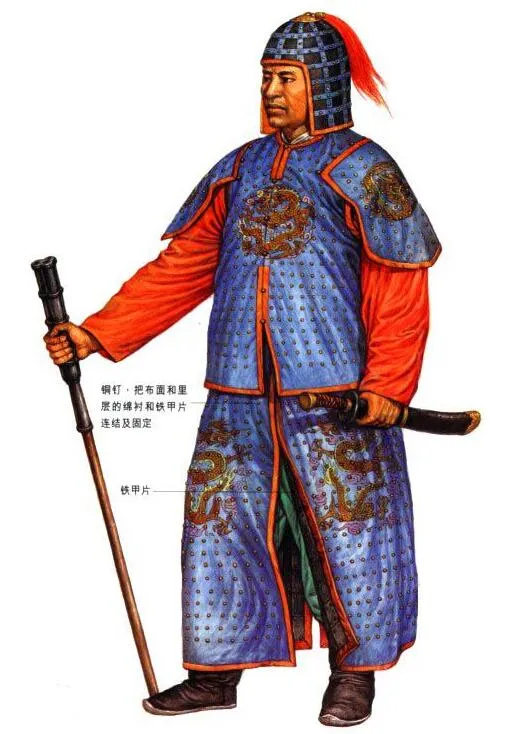 Historical records "Ten have one as wooden armor, ten have two as chain armor, and ten have three as vest."

The territory of the prosperous Tang Dynasty is vast, and its national power can be said to have taken the lead in the entire feudal era, but even so, the soldiers' large amount of armor is not made of iron, because its cost is too high, the productivity is limited, and the craftsmanship is too complicated.

Historical records "Qin Wang Shimin selected more than a thousand elite riders, all of them were dressed in Xuanjia, divided into left and right teams, so that Qin Shubao, Cheng Zhijie, Yuchi Jingde, and Zhai Changsun were divided into generals. In each battle, the people of the people were commanded by Xuanjia.As a forward, take advantage of the opportunity to attack, destroy all directions, the enemy will be afraid of it."

The reason why Li Shimin was able to make extraordinary achievements in the Tang Dynasty Unification War was largely because he had an elite cavalry force, this is the Xuanjia Army, this force is all black and black armor, but the number is not large.Only 3,500 people.

The Xuanjia Army can be said to be Li Shimin’s special forces. It is well-equipped and well-trained, so why doesn’t Li Shimin train more? Among them, it also has a lot to do with his armor. The high cost of armor also limitsThe combat power of soldiers. 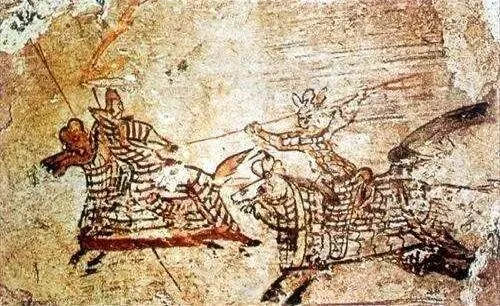 Above image of battle image of armor and riding equipment in the mural paintings of the three-chamber tomb of the Gaogouli tribe in Ji'an, Ji'an

Generally speaking, ordinary people have no access to armors and crossbows. From another perspective, if we want to defend ourselves, we can prepare a dagger or a knife, which is basically enough, and wearing heavy armor requiresWhat to do? It’s meaningless to wear armor just for self-defense, and this thing is very conspicuous. Isn’t it bad luck to wear it to the street?

In addition, only well-trained soldiers can be equipped with armor. If you don’t have enough physical strength and don’t know how to ride a horse, it’s more cumbersome to wear it. Therefore, there is basically only one purpose for hiding armor, and that is to rebel.Armor is needed only in the battlefield.

Historical records "The emperor's relatives belonged to his family, and he obtained one fake seal, wearing a palace brand five hundred, and armor, crossbows, mourning clothes, jade belts and other prohibited items."

Liu Jin, the eunuch of the Ming Dynasty, was charged with treason before his death. Liu Jin did bad things and had great power. Liu Jin not only controlled Jinyiwei and Dongchang, but also controlled the regiment camp. If he wanted to rebel, maybeSex is great.

The last thing that sent Liu Jin to death was the weapons and armor found from his residence. Then Zhu Houshao was furious and sentenced Liu Jin to death. It can be seen that the possession of the armor is not a joke. If you don’t pay attention, immediatelyHead moving.

For the private possession of armor, the law of the Ming Dynasty also has relevant regulations: "For those who are privately owned vests, plaques, fire tubes, artillery, flags, horn belts, etc., who should be prohibited from weaponry, one stick is eighty, and each one is one.Plus one class. Private creators, plus private crimes, one hundred rods for each crime, three thousand miles away." 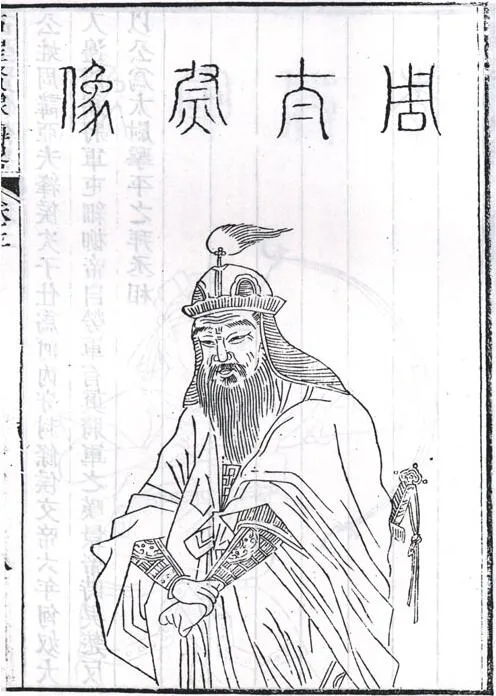 The death of Zhou Yafu, a famous general in the Western Han Dynasty, was also related to the private possession of armor. Zhou Yafu ruled the army very strictly. Under his leadership, the Han army put down the Seven Kingdoms Rebellion and made great achievements. But in his later years, Zhou Yafu's son secretly bought it.Five hundred pairs of armor, ready to be used for Zhou Yafu's funeral.

Perhaps because Zhou Yafu was a military commander, his son wanted to use these armors as funeral objects, but in the Western Han Dynasty, armors were prohibited items forbidden to buy and sell. Later, the incident was exposed, and Zhou Yafu also put on the hat of treason. In the endZhou Yafu was out of humiliation, went on a five-day hunger strike, vomited blood and died. In a sense, hiding armor and treason are equated, and this important strategic material must never be hidden. 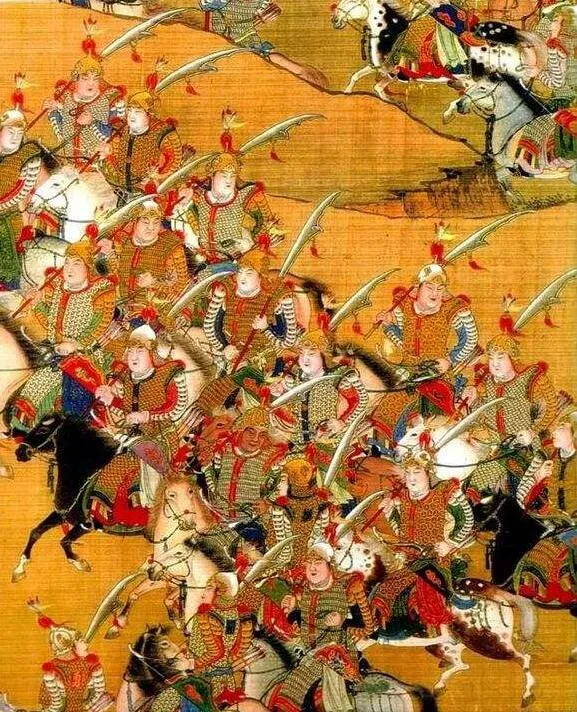 The armor is very useful on the battlefield

The most important role of armor is to protect the safety of soldiers. Bows and arrows were widely used in ancient times. If armor is worn, ordinary bows and crossbows are difficult to shoot into the body. Protecting your own soldiers is equivalent to increasing combat power.

We can imagine, a heavy armored cavalry and a soldier without armor, who has the advantage? Obviously, soldiers in armor are more likely to win. Because they are wearing armor, they may be safe even if they are chopped 10 times.Once the enemy is hit with a knife, the opponent may die.

In addition, the heavy armored cavalry is the meat grinder on the battlefield. Horses are more powerful than people. In ancient battles, the formation is one of the important factors in determining the victory or defeat. Once the formation is chaotic, it is easy to be defeated by the enemy.Divide and destroy, and the strongest weapon to attack the enemy is the heavy cavalry. 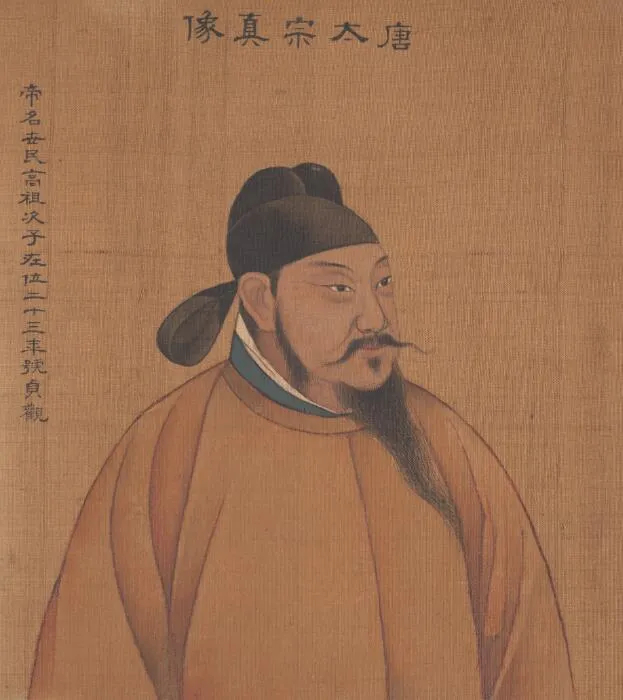 In the battle of Hulaoguan, it was Li Shimin’s heavy cavalry, the Xuanjia Army, that defeated Dou Jiande.Wan Dajun, even Dou Jiande himself became a prisoner.

The cavalry in heavy armor can not only protect themselves, but also increase the overall potential energy. In many cases, relying on the impact of the heavy armored cavalry alone can directly crush the enemy, rather than relying on one shot and one shot.

The reason why Jin Guo can rise is mainly due to a few elite heavy-armored cavalry units. Jin Wushu once had about 20,000 "Iron Futu" and "Crutch Horses". They were invincible on the battlefield until the Yue Family Army'sOnly when they appeared did they converge.

So, armor has a great effect on the battlefield. Cavalry has no armor, and its battle will be greatly reduced. Such important strategic materials must be prohibited from being private.

The text was created by the History University team, and the pictures are from the Internet and the copyright belongs to the original author