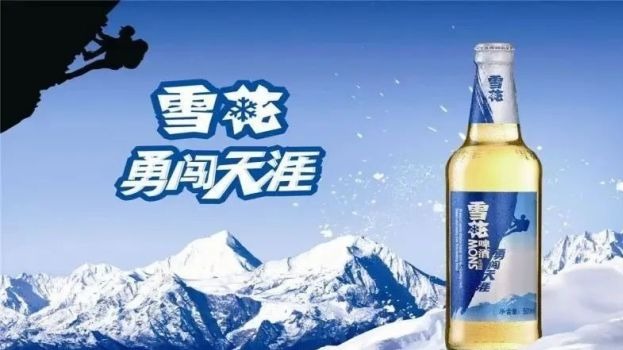 From the controversy of a hundred schools of thought to the Warring States period, the history of domestic beer development that you don’t know about

Recently, "Liquor Table Culture" has been on the hot search and has become the object of criticism. Regardless of men, women, young and old, as long as they go to the table, they must adhere to the principle of "If Qingdao does not fall, I will not fall, and if snowflakes do not float, I will not float."The belief of "make a sample" for everyone. 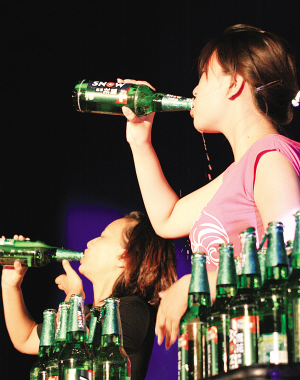 For people nowadays, this kind of wine bureau full of "persuade, accompany wine, toast, and fight wine" is to flee or hide if you can, but it does not mean that people do not love the wine table culture.drink wine.

How much do Chinese people like to drink beer? In 2017, the per capita beer consumption in mainland my country has surpassed the world average, and beer has increasingly become our “necessity of life”.

After the founding of New China, due to food supply problems, beer has been supplied in limited quantities and basically only circulated in big cities. It was not until the food crisis was lifted in the 1970s and 1980s that beer entered thousands of households.

Because bottled beer has not yet become popular, people drank bulk beer at that time. People often queued up, carrying containers such as thermos and washbasins at home, to restaurants, large tank trucks to "beat" loose beer, and then go homeThe scene of drinking with a cup. 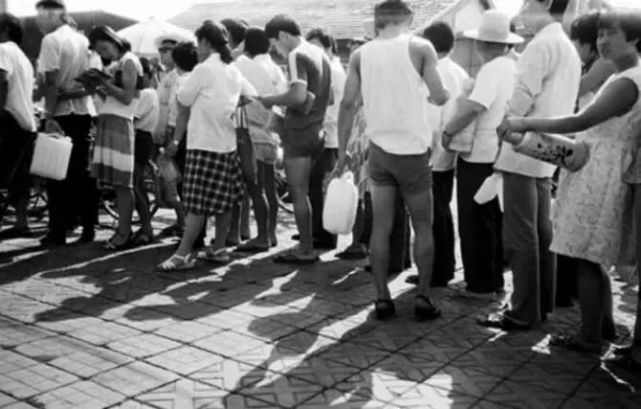 In 1985, the state began to carry out the "Beer Special Project". With the strong support of national policies, various cities and counties have set up their own breweries one after another.

In just three years, 813 breweries have emerged across the country, including Libo and Guangming in Shanghai, Great Wall in Tianjin, Mountain City in Chongqing, Pearl River in Guangdong, Jinwei...There are breweries of their own all over the country.It kind of means "one city, one beer".

Yenjing Beer, which now resounds all over the country, was built by the wind at the time. But thirty years ago, Yanjing was just a little brother who followed other people's ass. 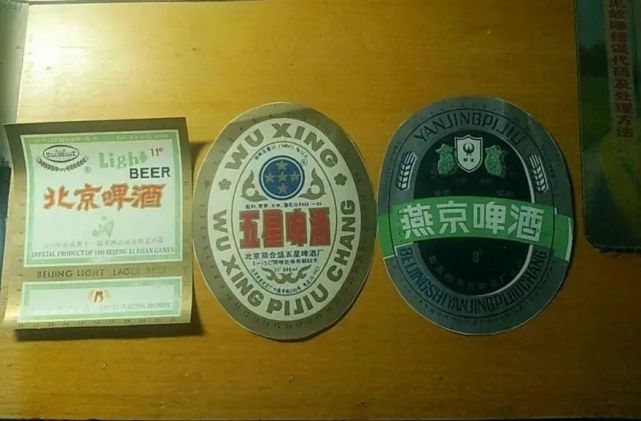 It’s not okay to be a spare tire so often. The owner of Yanjing Beer wondered how he could let everyone buy my wine? One day he had a flash of inspiration. Which wholesaler came to Yanjing to buy beer and gave a free one.Tricycles, I don’t believe that wholesalers don’t buy Yanjing beer.

Facts have proved that the tricycles were not given away for nothing. When the major wholesalers heard of such a good thing as the purchase and delivery of the tricycles, they immediately acted. The sales of Yanjing Beer also soared like the Rockets. In 1996, Yanjing Beer soldThe sales volume of 570,000 tons overwhelmed the big brother Tsingtao Brewery and became the king of domestic beer at that time.

In terms of qualifications, Tsingtao Brewery was established in 1903, and he is one of the best in the beer industry, and now he has a younger brother overwhelming the limelight. If the tiger doesn’t show off, you think I’m HelloKitty? Just sit firmly in Yanjing Beer’s domestic beerAt the first place, Tsingtao Brewery also secretly charged up. 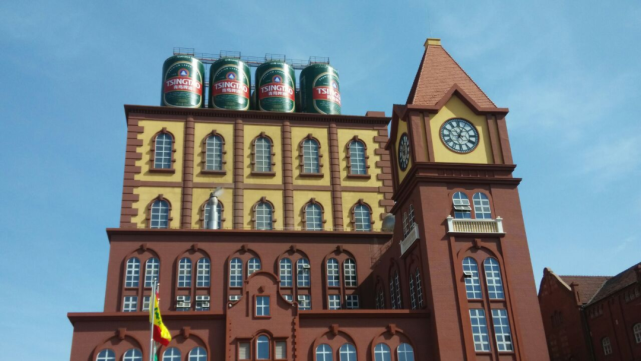 The situation at that time was that due to the excess beer production, many small and medium-sized breweries were unable to make ends meet in the cracks, either waiting for the closure of Zhangzhang, or facing low-cost acquisitions.

Afterwards, Tsingtao Brewery entered Liaoning and Anhui, and even Jiangsu and Shanghai in the south did not let it go.

By 2001, Tsingtao Brewery's "power" has spread to 17 provinces and cities across the country, with 46 breweries, and once again has the confidence to "compete with the Central Plains".

In the subsequent competition, Yanjing Beer was surpassed by Qingdao, China Resources, Anheuser-Busch InBev and other brands due to rejection of foreign investment and improper sales strategy, and fell to the fourth position in the domestic market.

While Tsingtao Brewery is advancing all the way, so far, Tsingtao Brewery has more than 60 beer production companies in 20 provinces, municipalities and autonomous regions across the country, and the company's scale and market share are in a leading position in the domestic beer industry.

Speaking of drinking, the Northeast people have never served anyone. As the saying goes, "You have to clink glasses when you leave Shanhaiguan." Naturally, you can't miss your own beer in the vast black soil of the three provinces. For the Northeast people, haBeer and Snowflake are undoubtedly the most well-known brands. Snowflake has become the most classic slogan in the hearts of a generation. 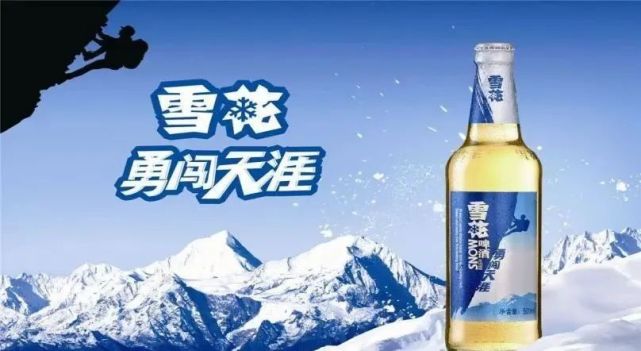 In 1994, Snow Beer was formally established, backed by the rich and powerful China Resources Group, Snow Beer took the Liaoning market without any effort, and then went down the coastline all the way south, in Tianjin, Zhejiang, Jiangsu and other provinces.Stabilize your heels.

Lian Zhan and Lianjie’s snowflakes quickly set their sights on the Sichuan market.

Sichuan has been a battlefield for military strategists since ancient times, and this sentence is still used in the beer industry. Just as Snowflakes was preparing to march into Sichuan to show its grand plan, a hard bone was in front of him. The famous local snake in Sichuan——Blue Sword Beer.

Slightly older Sichuan friends are no strangers to Blue Sword Beer. At the end of the last century, the saying "North Yanjing, South Pearl River, East Qingdao, West Lanjian" has been circulating in the rivers and lakes.The sales in Chongqing, Yunnan, Guizhou and other places are extremely impressive, and they were veritable "Southwestern Beer Kings" at that time.

The newcomer Snowflake threw an olive branch to Blue Sword Beer based on the principle of peace and friendship, but Blue Sword Beer, which has been living in the southwest for a long time, did not take Snowflake as a "junior" seriously, and refused without even thinking about it.How can people sleep soundly on the side of the couch?

I touched the gray snowflake and did not give up. In order to be able to penetrate into the "enemy", Snow first bought the Asia-Pacific Brewery in Mianyang with an anger of 90 million, and then purchased Leshan Cordon Bleu for 50 million.Afterwards, these two Sichuan local beers changed and became the pawns of Snowflake and Lanjian in the battle against Sichuan. 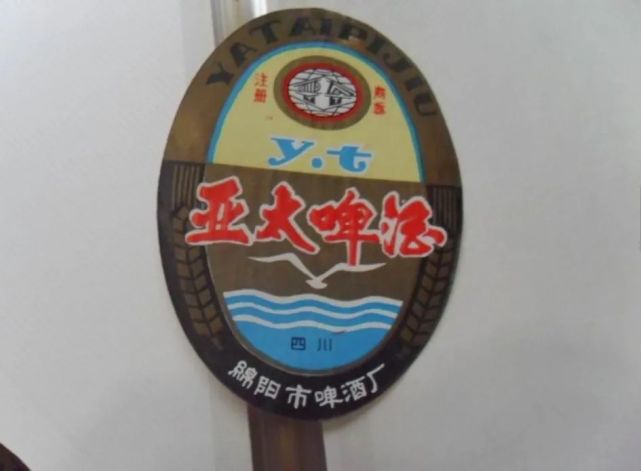 Lan Jian did not show any weakness and bought 10 local breweries in one go. The war was about to start.

On January 16, 1999, a "suspected" weather forecast advertisement appeared in all major newspapers in Chengdu. It was going to snow in the land of abundance? Chengdu people looked dazed, and everyone rushed to tell each other.Snow will definitely be seen in two days, so don’t hurry up to ask for leave to see the snow. 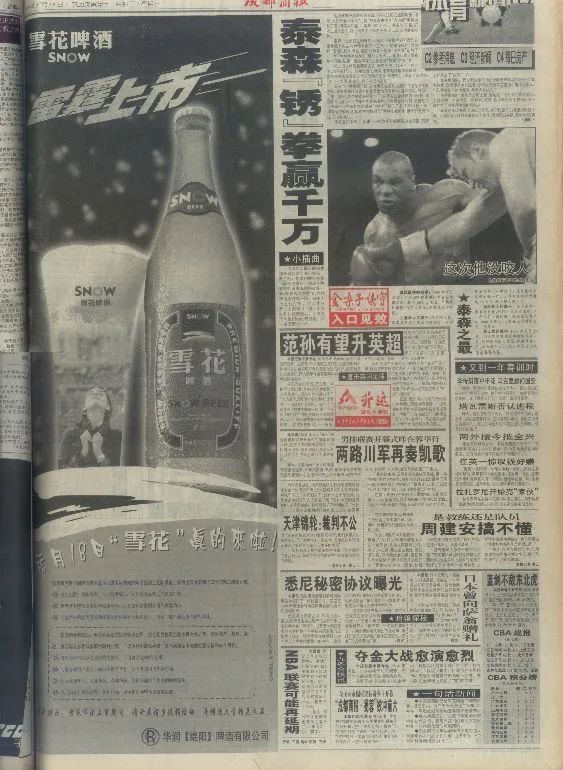 The "induction" of the advertisement for three consecutive days raised the appetite of Chengdu citizens to the highest point. On January 18, the mystery was finally revealed, and the major TV stations broadcasted it in a loop. It turned out that a brand-new beer brand "Snowflake" was about to go on the market., Everyone remembers Snow Beer while laughing.

Xuehua and Lanjian subsequently launched a "fire fight" regardless of cost. Advertising, rebates, free drinks, lotteries, price reductions, etc., were all used to suppress opponents. In order to compete for purchasers, the two did notProvide discounts at the lower limit. Later, there was a phenomenon that wholesalers came and could take away the wine without paying, and then settle the bill later. 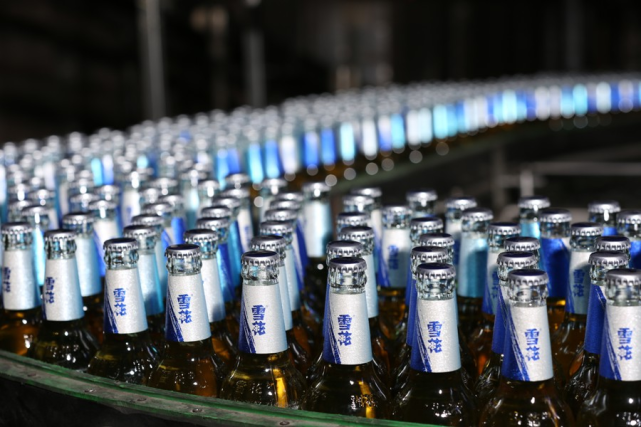 On the surface, Lanjian and China Resources finally reconciled and reached a win-win situation. However, as time goes on, Lanjian has found more and more that the sales of Snow Beer has been rising, while the sales of its own beer have beenIt is declining. Facts have proved that Blue Sword eventually paid the wrong way.

So Blue Sword Group stopped the loss in time and transferred all 40% of its shares to China Resources at a price of 2.5 billion. So far, China Resources Snow has officially swallowed Blue Sword, and Blue Sword Beer left a sentence "Young people don’t speak martial arts."Then disappeared.

In 2007, Sichuan men who love to drink beer were surprised to find that the Blue Sword, which they had been drinking for more than 20 years, disappeared from major night markets and food stalls. This Sichuan local beer brand, which was once famous as Tsingtao Beer, will foreverThe land has disappeared in the long history of the Chinese beer market.

When it comes to local beer, you have to mention the "Death-Death Wusu" characteristic of Xinjiang. There is such a video circulating on the Internet that there is a guy, Wuwu Xuanxuan, drinking a few bottles of Wusu and he is drunk.Almost ascended to heaven. Everyone thinks that Wusu wine has a great stamina. Drinking two bottles will make you dizzy. When you wake up, you are still groggy, and you have the title of death.

Actually, it is called "Desperate Big Wusu" because people who love beer feel uncomfortable if they don't drink it for a day. Just like losing one's life, it expresses Xinjiang people's love for Wusu beer.

But when "Death" Dawusu was founded in 1986, let alone outsiders, even Xinjiang people didn't like it very much.

Because the Xinjiang people at that time only recognized one kind of beer, that is, Xinjiang Beer in Urumqi. For this reason, Wusu could only bear the humiliation. Because of the various Stan in Central Asia, Wusu beer was once exported for a living, this is20 years.

In 2006, Wusu Beer, which had been dormant for many years, took advantage of the failure of Xinjiang Beer’s state-owned enterprise restructuring and mismanagement. It acquired Xinjiang Beer Group in one fell swoop. This acquisition even brought Xinjiang Beer’s Changji Beer, Kashgar Beer, and HuoA number of Xinjiang beer brands, including Cheng Beer, Tianshan Beer, and Tuofeng Beer, were purchased together.

In 2015, Wusu Beer was acquired by Carlsberg. Despite this, Wusu Beer was not delisted. Instead, it continued to carry the legend of "Death Wusu" to the whole country.

In addition to these common beers, there are many places where beer brains are open, trying to introduce their own beer in innovative ways, such as ginseng beer from Jilin, and later wolfberry beer, maca beer, bitter gourd beer,"New taste" beer like Gongju Beer. 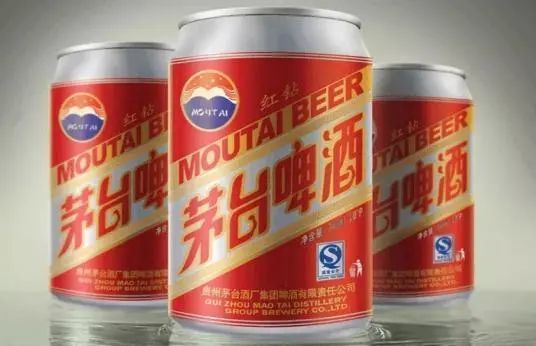 In addition, there are also "cross-border" beers such as Moutai Beer and Tianjin Goubuli Beer, as well as Zhonghua Beer, which is far less famous than Zhonghua Tobacco, and so on. Most of these beers have now become legends, except for the greatOutside of eye-opening, it's really hard for people to have the courage to taste it.

In your memory, what other unique hometown beer is there? Tell me and share with you.