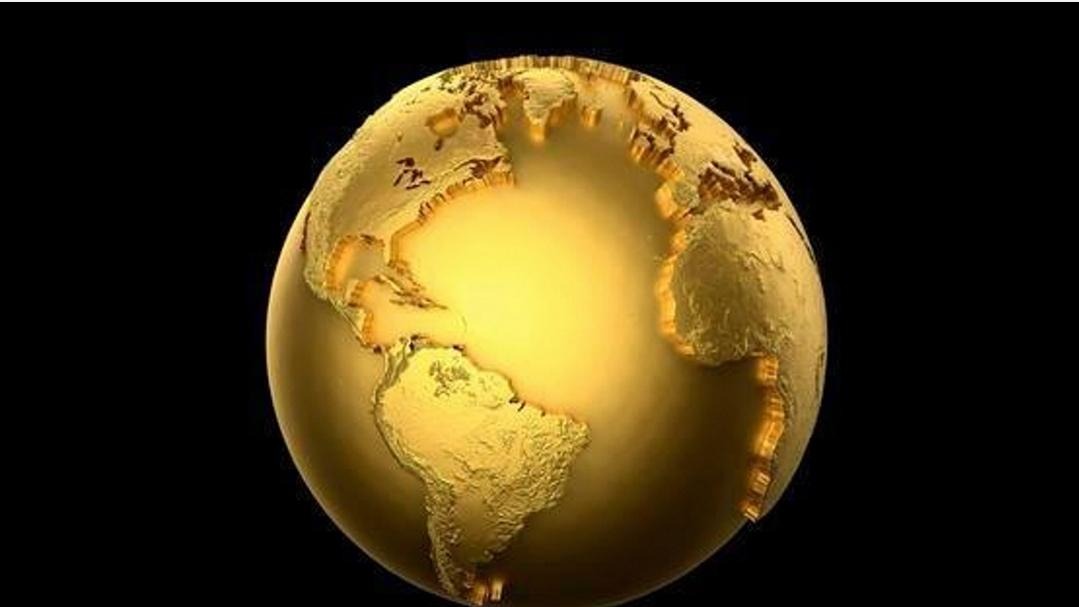 There are 400 million tons of gold on the earth, with an average of over 5.5 million tons per capita. Why is gold so rare?

Gold chemical symbol Au is a metal element with atomic number 79 in the periodic table of chemical elements. It is a metal with very good conductivity, corrosion resistance and ductility, such as the gold finger on the memory stickThe top is gilded.

According to related theories, most of the elements in the periodic table are synthesized through nuclear fusion based on hydrogen, and the melting furnace for these elements is the star. However, the elements after iron are not inside the starIt is synthesized, but was born during the violent explosion process at the last moment of star life. This process is called supernova explosion. The gold element on the earth and the sun is mainly the product of the death of the first or second generation stars.Because of this, there are not as many elements of gold as iron and oxygen in the universe. 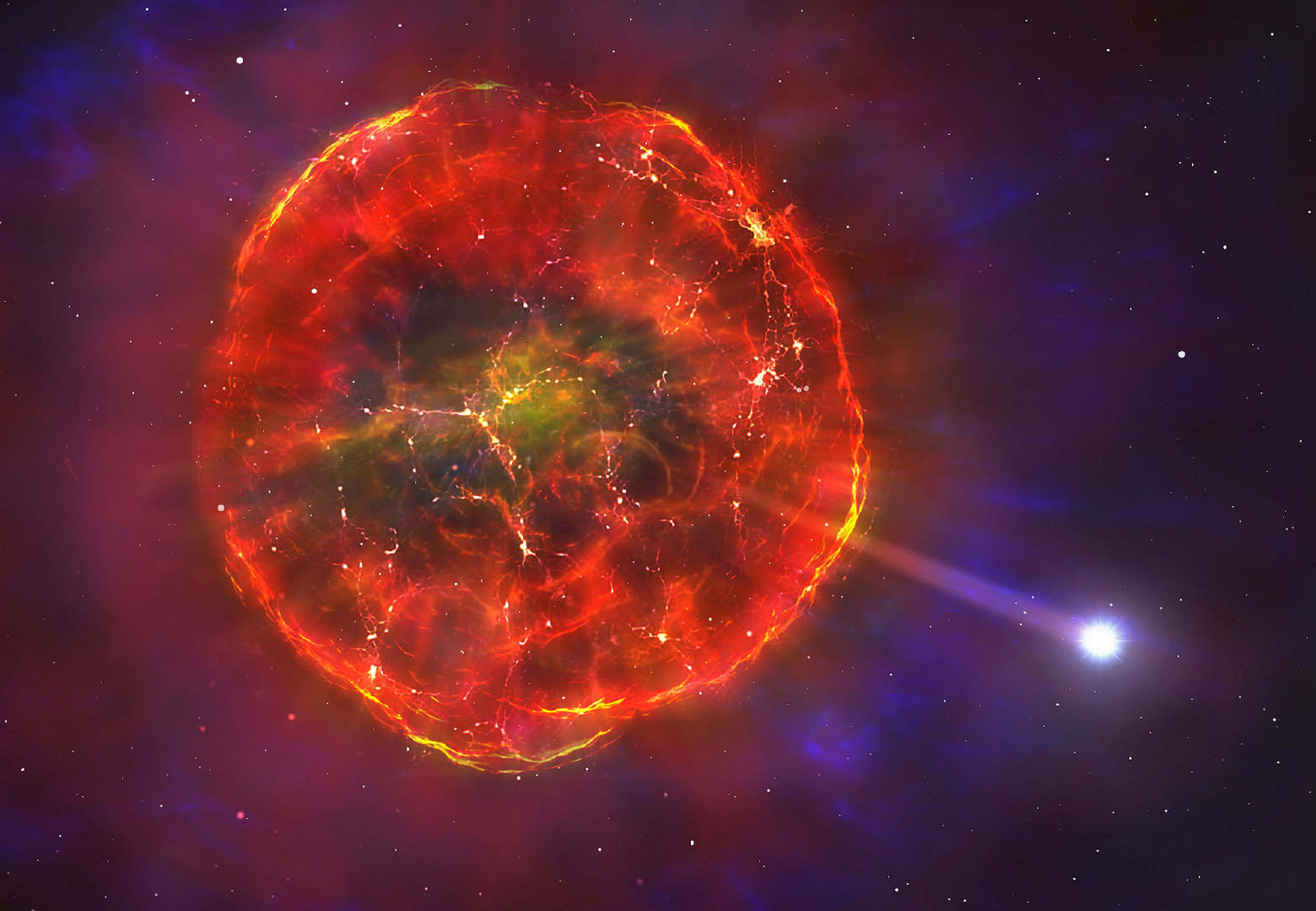 It is said that gold is very rare, so how much gold is there on earth?

Gold is indeed rare, but not too rare. The mass of the earth is about 60 trillion tons, and according to scientists’ estimates, the total amount of gold on the earth is about 400 million tons, accounting for 150,000 of the total mass of the earthOne part. Now there are about 7.2 billion people in the world, evenly distributed, and each person can distribute at least 5.5 million tons of gold. This data looks really gratifying. If this distribution aspiration is really realized, everyone can spend money like the earth, and gold will beBecome the price of cabbage. 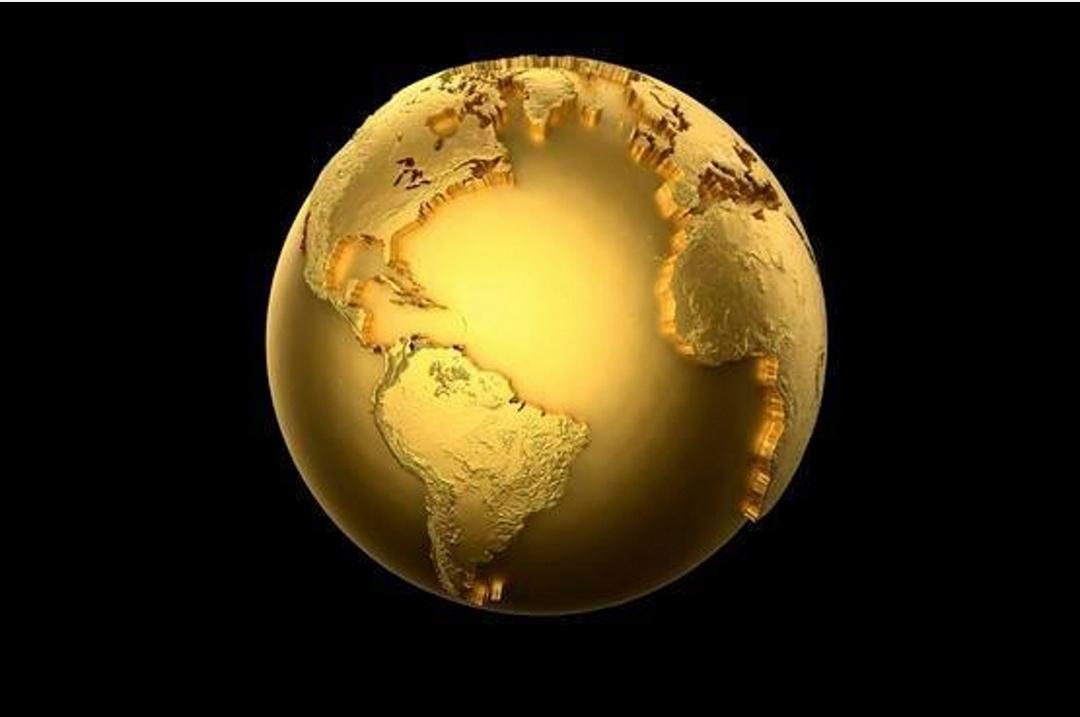 The above data is not wrong, but the distribution of gold on the earth is not balanced. This is 400 million tons of gold, most of which are located in the core of the earth, and there is basically no possibility of mining. Only the gold located in the upper part of the earth's crustIt has a chance to be mined by humans. The reason why gold is distributed like this is because its density is relatively large, about 19.32 grams per cubic centimeter. In contrast, the density of iron is only 7.87 grams per cubic centimeter. Because of its high density,When the earth was formed, it slowly settled into the core of the earth.

The inside of the earth can be divided into three layers from the inside to the outside, namely the crust, the mantle and the core. The mantle is the thickest and the thinnest is the crust. The earth is not a standard spherical shape, with a radius of about 6371Km, and the average thickness of the crust is about 17 km. Compared with the earth, the crust is equivalent to the shell of an egg. At present, the maximum drilling depth of human beings is only 12 kilometers. Therefore, even if there is gold in the deep crust, human beings are currentlyCan not be mined. 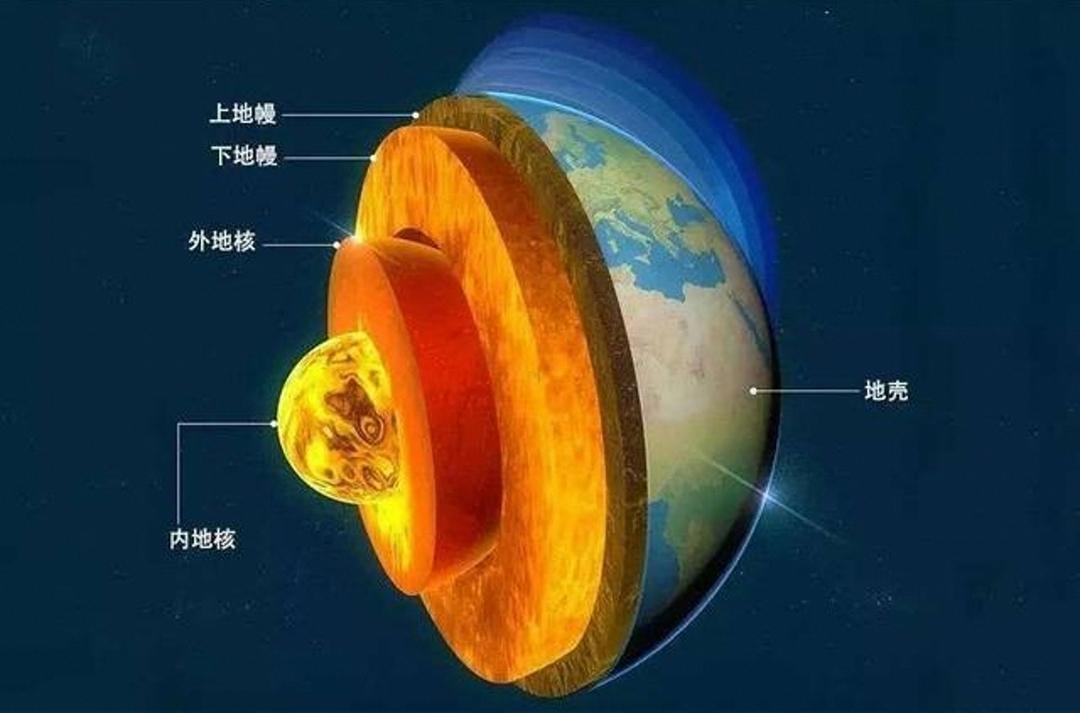 According to scientists' determination, the mass abundance of gold in the earth's crust is about 0.003 ppm. Here ppm means gram per ton, that is, every ton of earth's crust contains only 0.003 grams of gold. This is just an averageAccording to estimates, the gold content in the upper part of the continental crust is less than 0.001ppm, that is, less than 1/100 million. Most of the gold in the crust is distributed in the ocean crust and the middle and lower parts of the continental crust.The content has reached more than 5%, which shows that it is not unreasonable that gold is more expensive than iron.

The reason why we feel that the difficulty of gold mining is not as great as we imagined is mainly because during the long-term geological changes and crustal movement, gold elements have been enriched in certain areas and formed gold mines. However,The gold content in these gold mines is not high either. The gold content can reach a few grams per ton. It is very good. A few grams per ton, from our naked eyes, such gold ore is stone. It can be seen that the mining difficulty is still pretty good.Large, especially the smelting process is very time-consuming and labor-intensive. 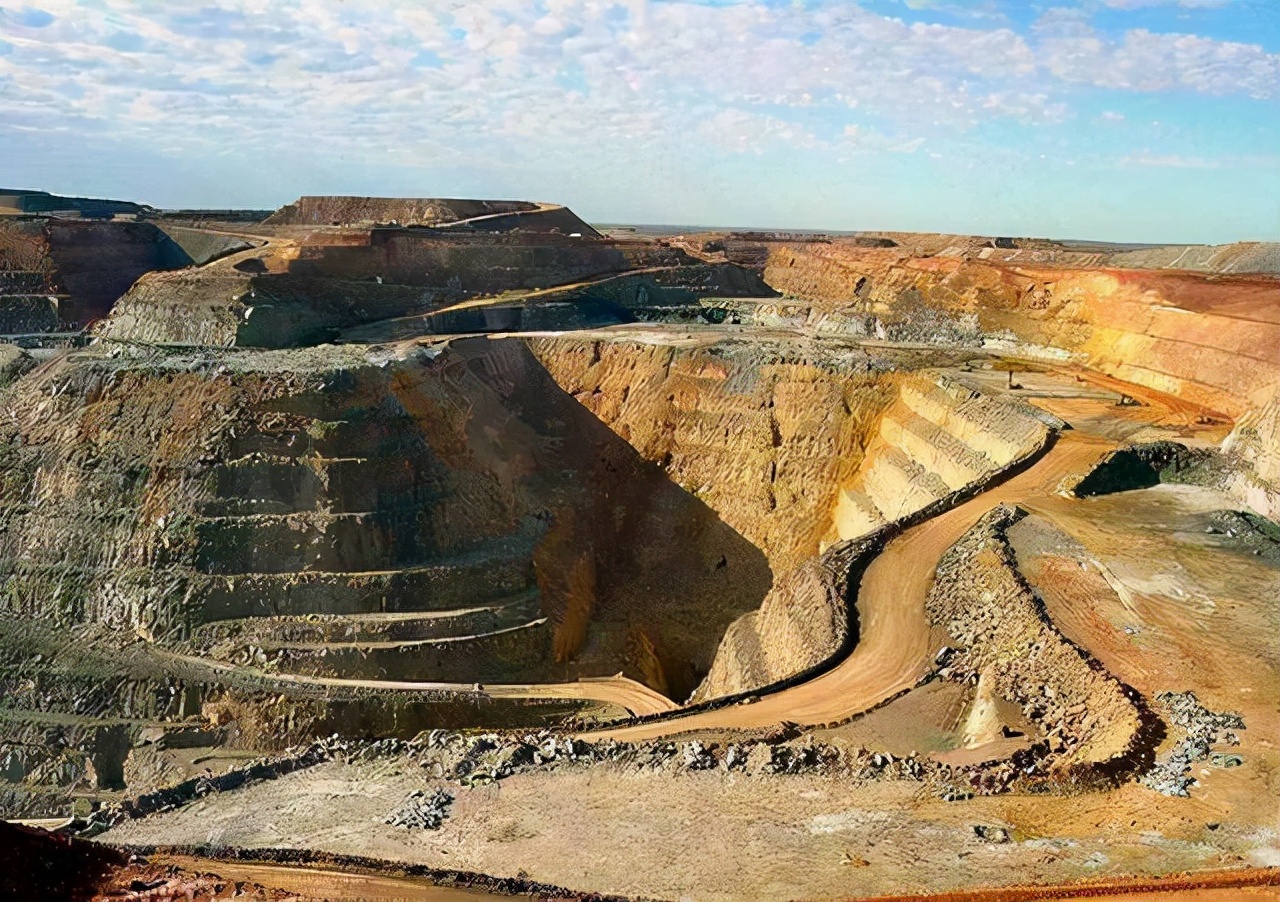 Up to now, humans have mined about 200,000 tons of gold in thousands of years. If it is cast into a cube of gold ingot, its side length will be more than 20 meters. This 200,000 tons of gold, if divided equally,Everyone in the world can only get 27 grams. The total amount of gold circulating on the market is even less. 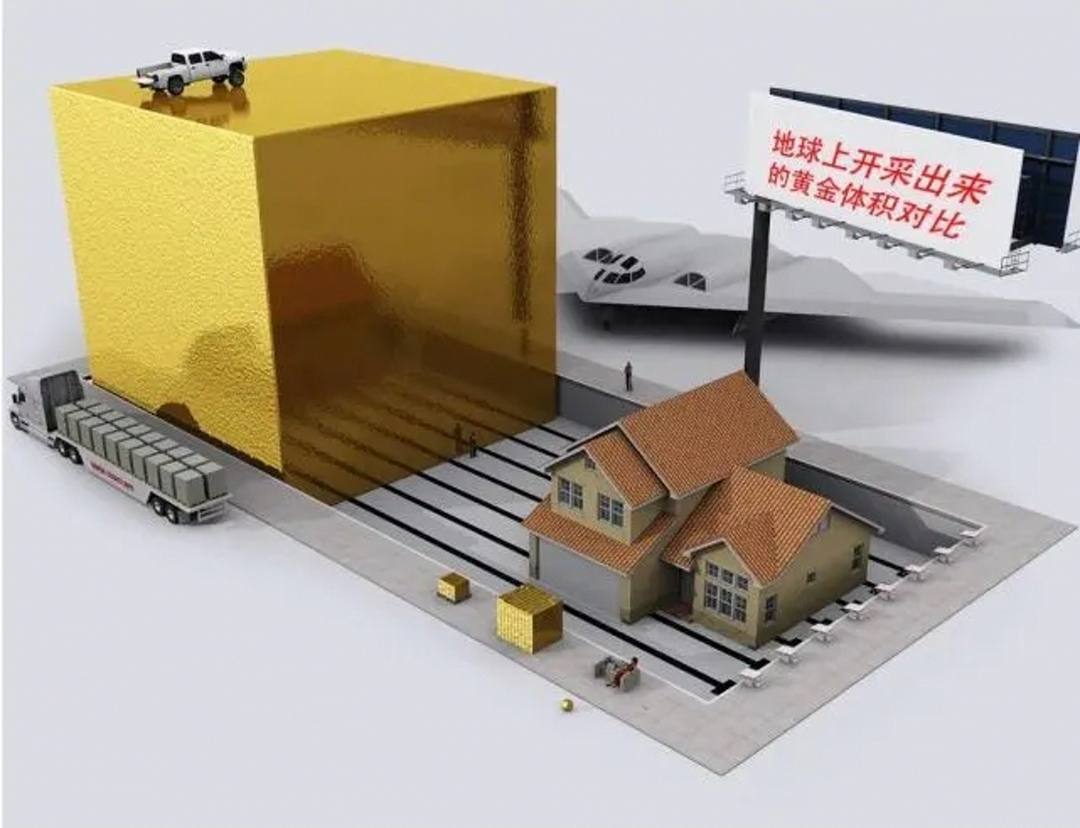 At present, the proven gold reserves are about 100,000 tons. The annual gold mining volume of mankind is only a few thousand tons. It seems that it can be mined in a few decades. In fact, mankind will never be able to mine the gold on the earth, butAs time goes by, gold rich ore is becoming more and more rare, and mining will become more difficult. It is estimated that the total amount of gold in the earth’s crust is about 60 trillion tons.