What should I do if the gas tank suddenly ignites while cooking? The man used an umbrella to pull the tank to escape from his birth

According to "Xiaoxiang Morning News" report, on September 11, a liquefied petroleum gas tank in a household in Nantong, Jiangsu Province leaked due to aging. It caught fire during cooking and suddenly deflated. The liquefied petroleum gas tank burst into flames.I used an umbrella to reach all the way from the corridor to the downstairs, the scene is comparable to a Hollywood blockbuster! 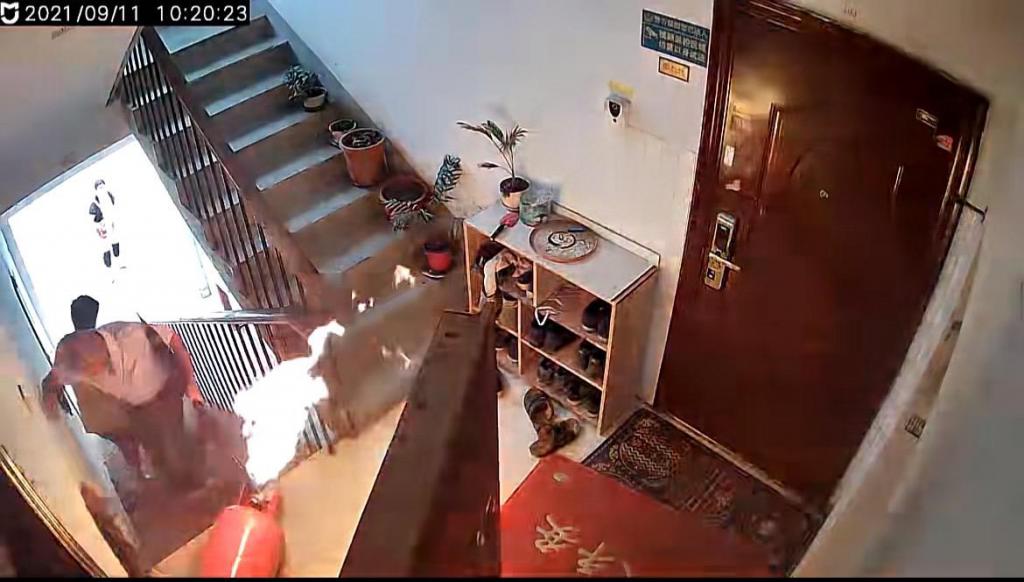 Is there a better way to escape with an umbrella and a gas tank?

According to the neighbors of this resident, this resident’s house suddenly burned to the liquefied gas tank under the gas stove when it was on fire during cooking. It should be a leak in the pipe. After it was on fire, it was directly lit along the gas.The gas tank was removed, but fortunately the male host reacted calmly and dragged the gas tank out directly. 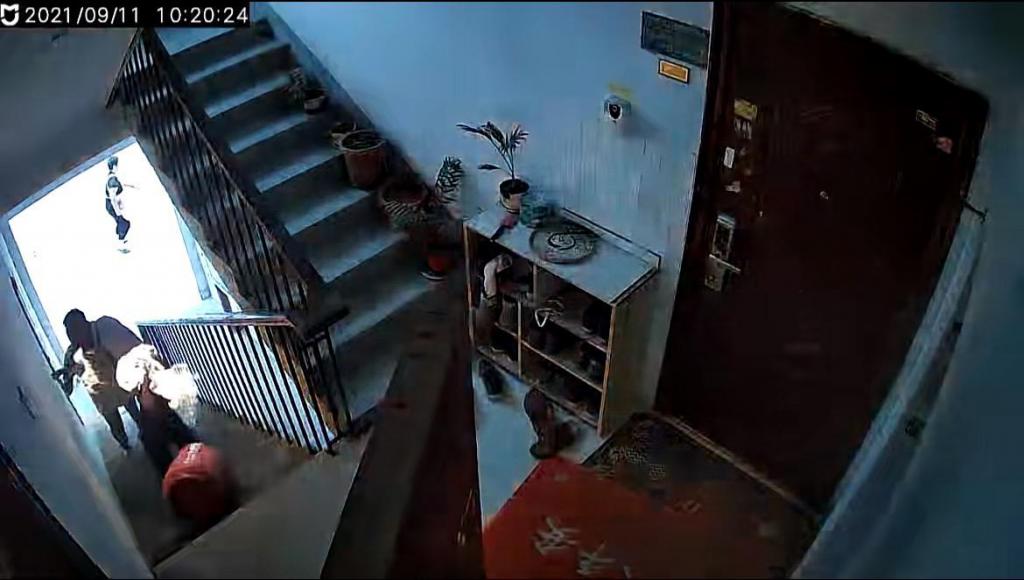 It can be seen from the surveillance video that this resident used the elbow of a long umbrella to drag a burning gas tank all the way down the corridor. The hostess ran in front and was approaching the bottom of the corridor.One staggered and fell to the ground, and the host's was also tripped by the falling gas tank. The flames directed at the hostess, it should be burned.

The fallen host hurriedly dragged the hostess away, and then dragged the gas tank away. The neighbor called 119 to deal with it. According to reports, both of them should have been burned. The hostess may have more serious burns.

What should I do if the gas tank is on fire?

This result tells us, don’t heat the liquefied gas tank casually. Its wall thickness is only about 2.5 mm. It will burst if it can’t bear the pressure. The leaked liquefied gas will cause a big explosion, so don’t set the gas tank on fire.Or soak it in boiling water to thoroughly use the bad habit of liquefied gas.

Then what should I do if it catches fire, will the gas tank definitely explode?

In fact, we know that the inside of the tank is liquefied petroleum gas, including propane, propylene, butane, butene and other mixtures, but there is no oxygen required for combustion, so the gas tank will not explode from the combustion and explosion inside, onlyIt will only break when the heating pressure exceeds the limit, so we know what to do when the gas tank is on fire!

At the beginning of the fire, when the leak is not hot, avoid the front of the flame, put on a glove to block the gas leak from the side to extinguish the fire, and then tighten the gas valve.

The other is already burning very hot, then the glove is soaked and tighten the gas valve directly, as long as the person is not burned, do not worry that your screwing valve will detonate the gas tank, unless the gas tank explodes due to excessive pressure.

If the gas tank has been burning for a long time, then the only thing you can do is to run quickly, because the pressure in the gas tank may be close to the critical state at this time, it may explode at any time, notify the nearby residents as soon as possible, do evacuation work, because the gas tankOnce it explodes, it is very powerful, it is said that it is quite a hundred kilograms of explosives.

It is said that the explosion of a gas tank is equivalent to 100 kilograms of explosives. Is it true? 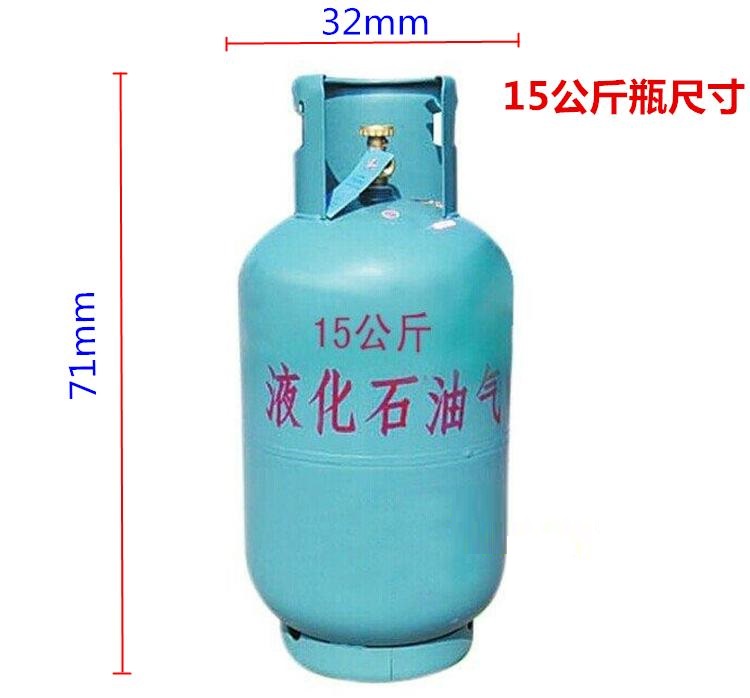 A tank of liquefied petroleum gas is equivalent to 161 kg of TNT. I guess everyone should be scared. Everyone has 161 kg of explosives in their homes. This should be dangerous, but in fact it is different from what you imagined!

These are the three common "burning" behaviors. The conditions are different. After the gas is released by the gas stove, it is ignited. The continuous combustion of the liquefied petroleum gas after contacting oxygen can be used for cooking, frying, cooking. 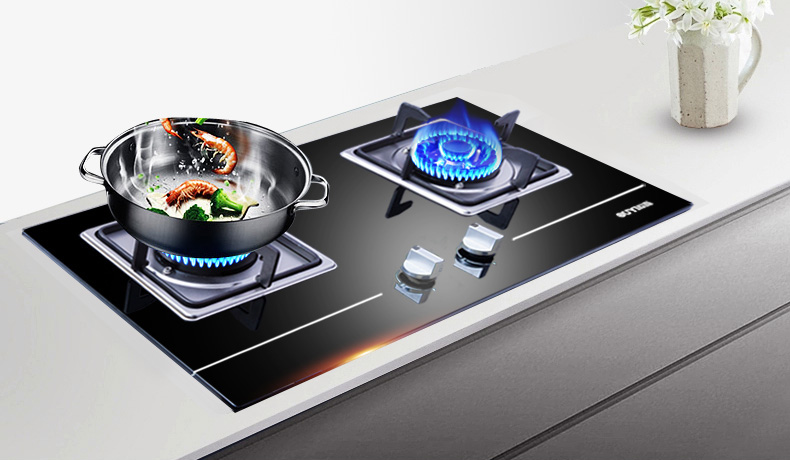 But it’s not easy to distinguish at the scene. For example, the gas tank deflagration mentioned above, usually because the leakage concentration is relatively high, and when it has not diffused to form a uniform mixture of gas, there will be a "boom" when it is lit.The phenomenon of rapid flame disappearance, if there is a source of flammable gas, generally it will eventually catch fire at the source, just like in this case.

This is a typical deflagration

The other is explosion, which is different from deflagration. Explosion requires concentration. It is a way of igniting nearby combustible gas molecules by detonation waves, so the speed can exceed the speed of sound, and the process of dust explosion and mixed gas explosionThey are very similar, but the speeds of the two are slightly different. For example, the explosion speed of dust explosion is generally 1400 to 1650 m/s, but natural gas explosion can reach 1600 m/s to 1800 m/s, and some can even be as high as 3000 m/s.Second. 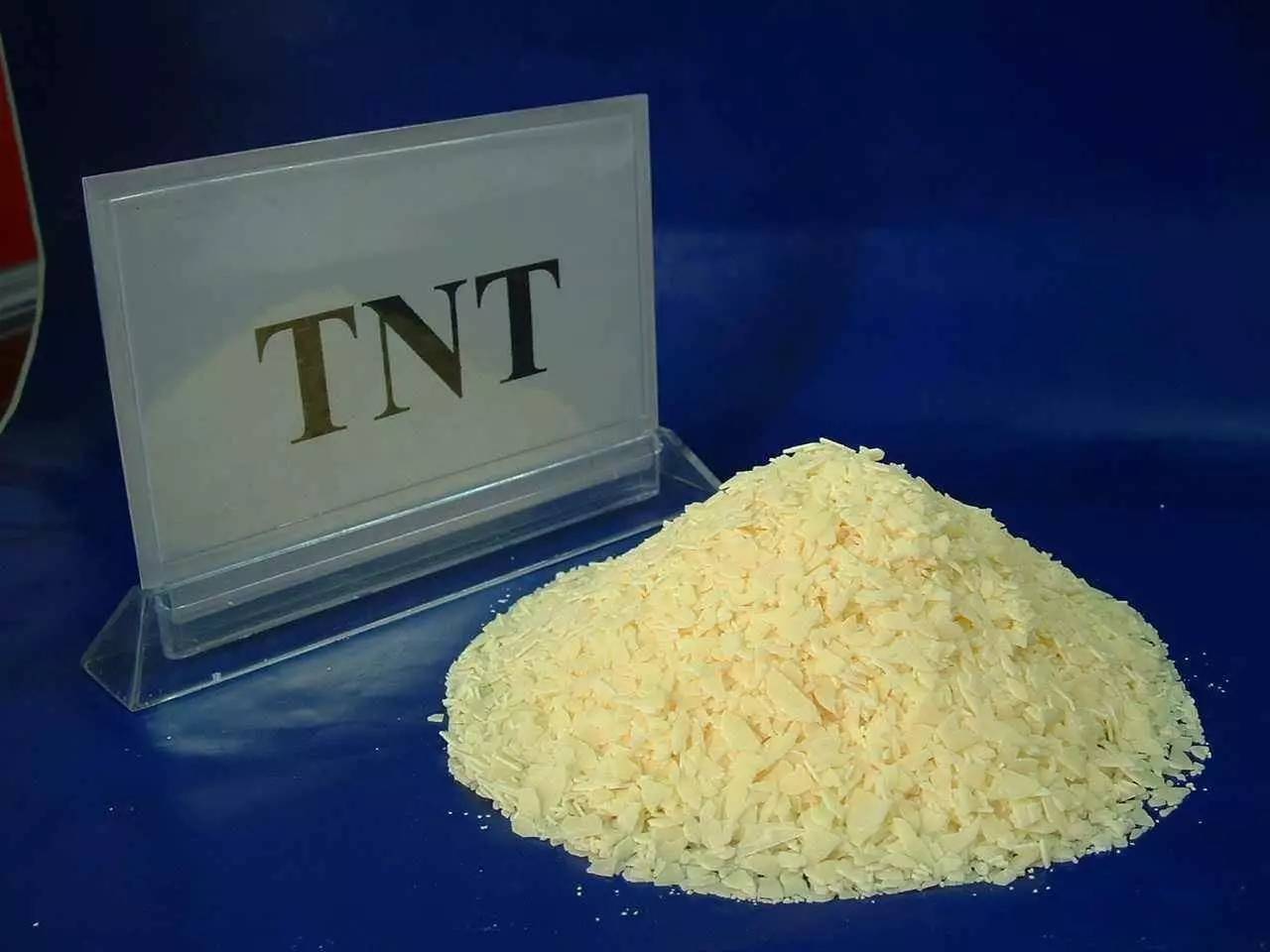 The main cause of deflagration is fire and burns, but when dust and gas explode, there are explosion overpressure, high temperature and oxygen deficiency, and explosives and dust or other explosions cannot distinguish between high and low, from destroying buildingsFrom a physical point of view, the explosion of dust and flammable gas is simply a dismantling artifact. 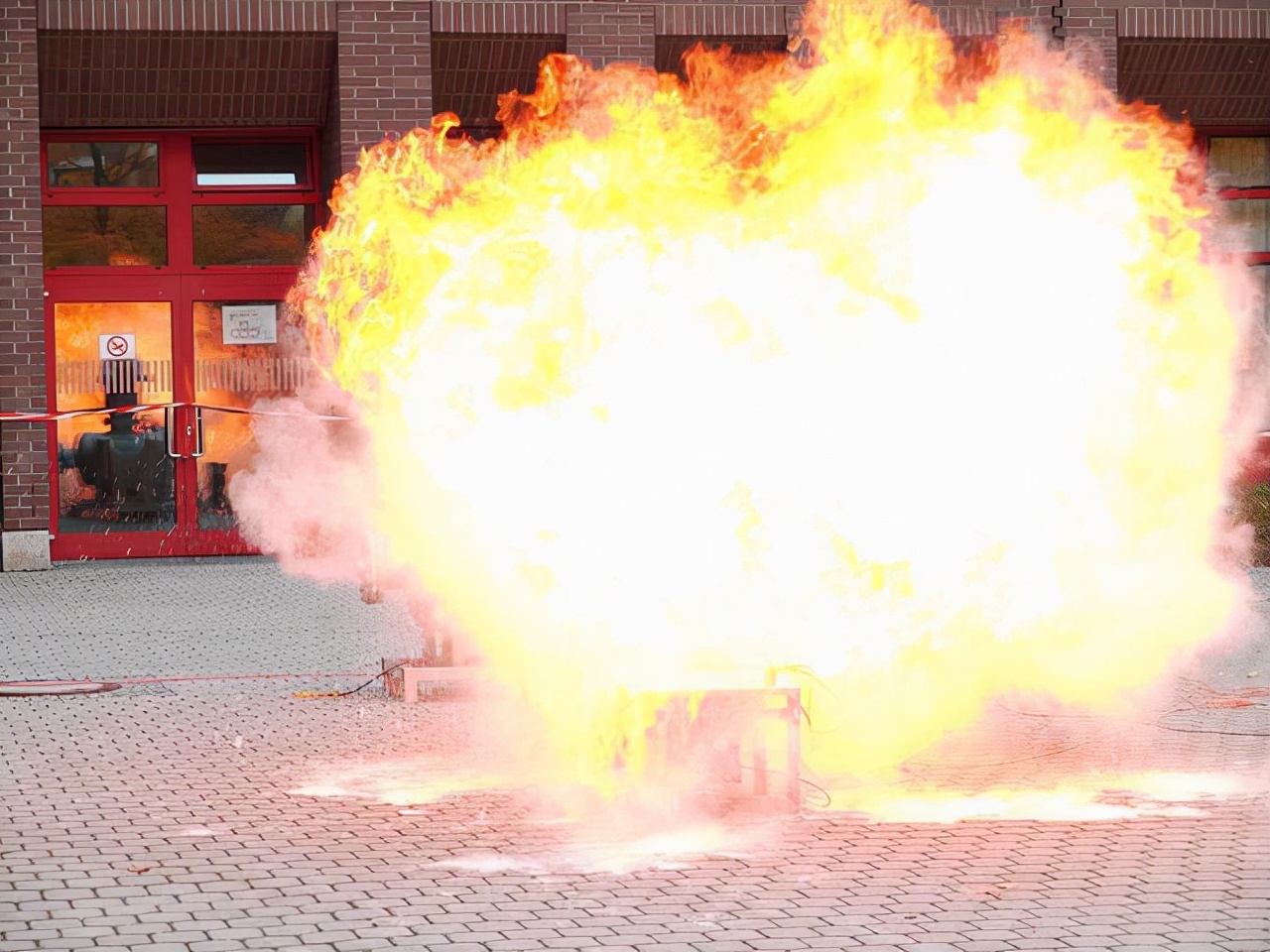 And explosives are known for their accuracy and fixed point. For example, the explosion of this column can not even affect the safety of personnel a few meters away. This is impossible for dust and gas explosions.

In enclosed buildings, dust and gas explosions are much more powerful than explosive explosions of the same quality, because the former has a full range of high temperature and high pressure without dead ends, and it is difficult for anyone to survive, while explosives explode, and there are dead ends of shock waves everywhere.The probability of escape is relatively high.

So it is true that the explosives of the same quality of gas tank explosion are very powerful, but the gas in the gas tank needs to be evenly mixed, and the concentration of 1.5%~9.5% will cause the explosion, too low or too high will not work, but deflagration does notThere are so many restrictions, so the liquefied petroleum gas valve in the home should be overhauled frequently, the hose should be replaced according to the regulations, and be careful not to wear, otherwise it will be very powerful whether it is a deflagration or an explosion.

At 23:39 on September 10, a gas explosion occurred in the home of a household in Xinhe Community, Fengrong Street, Pulandian District, Dalian, causing 8 deaths and 5 injuries.

According to eyewitnesses, there was a sense of tremor from a kilometer away. According to the damage range and the eyewitness’s perception, the accident should be an explosion. Judging from the published pictures, multiple rooms are burning, which is quite powerful.The public information said it was caused by the leakage of liquefied petroleum gas, but the specific reason is still under investigation! 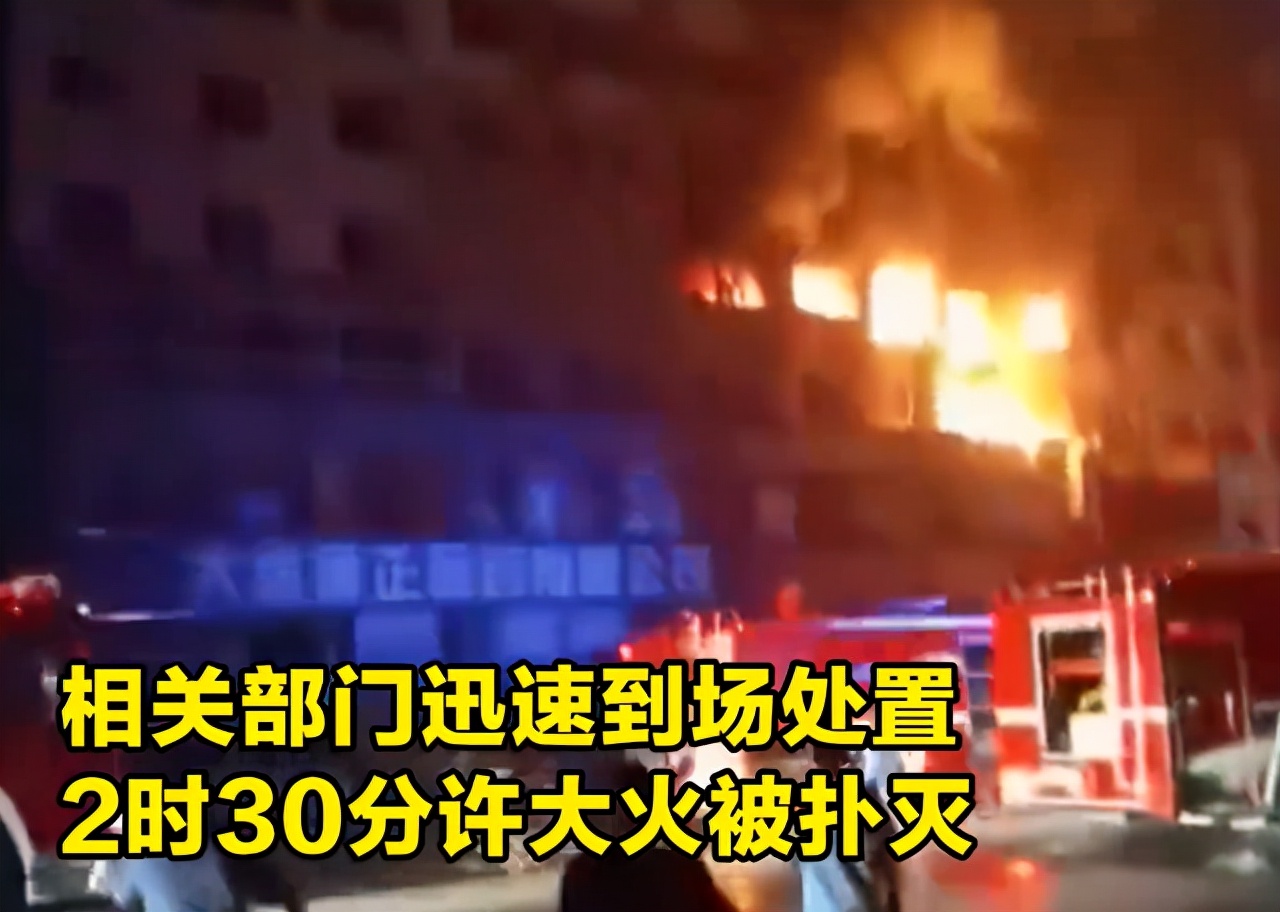 You must pay attention to gas safety, the bloody cases are shocking, so please be diligent, check more, turn off the gas when you use it, and don't place hope on the gas stove switch.