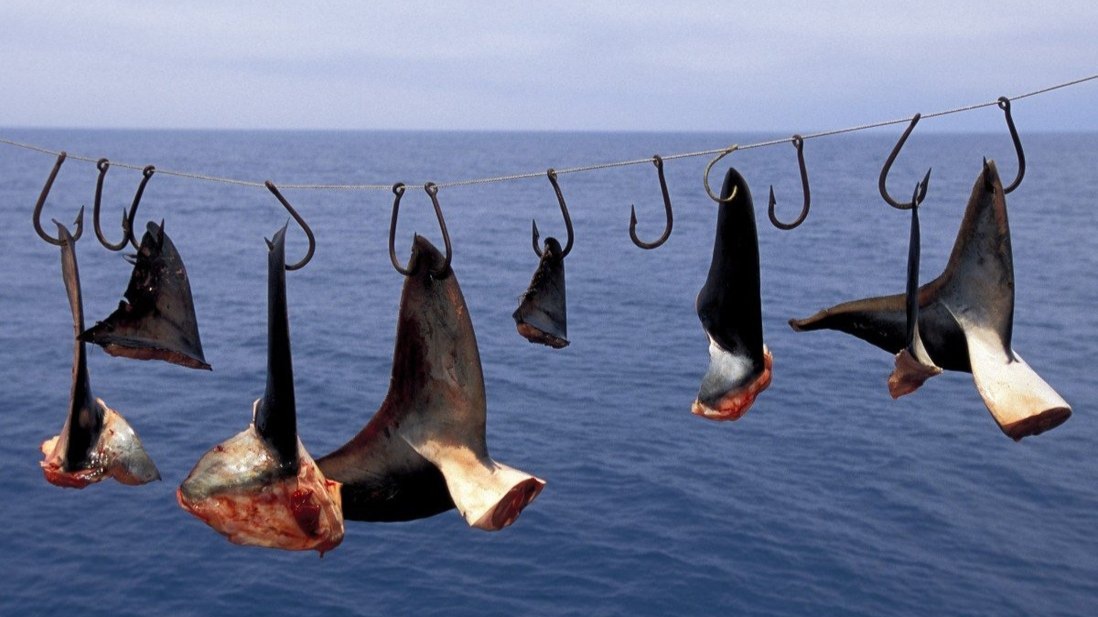 Speaking of sharks, many people will shudder. This marine beast is a natural predator. It can hear the sound of prey struggling from more than ten kilometers away; its sharp nose can distinguish blood from far awaySmell; then it comes straight at a speed of 19 kilometers per hour. You must know that the men's 100-meter freestyle world record is 46.91 seconds, and the shark's speed is 2.5 times his speed!

Shark originally means "predator" in English, and Dutch schurk means "villain, rogue", which shows that people have a heartfelt fear of this animal. In fact, sharks generally do not attack activelyHumans, only about 4 to 5 people in the world are killed by sharks every year. 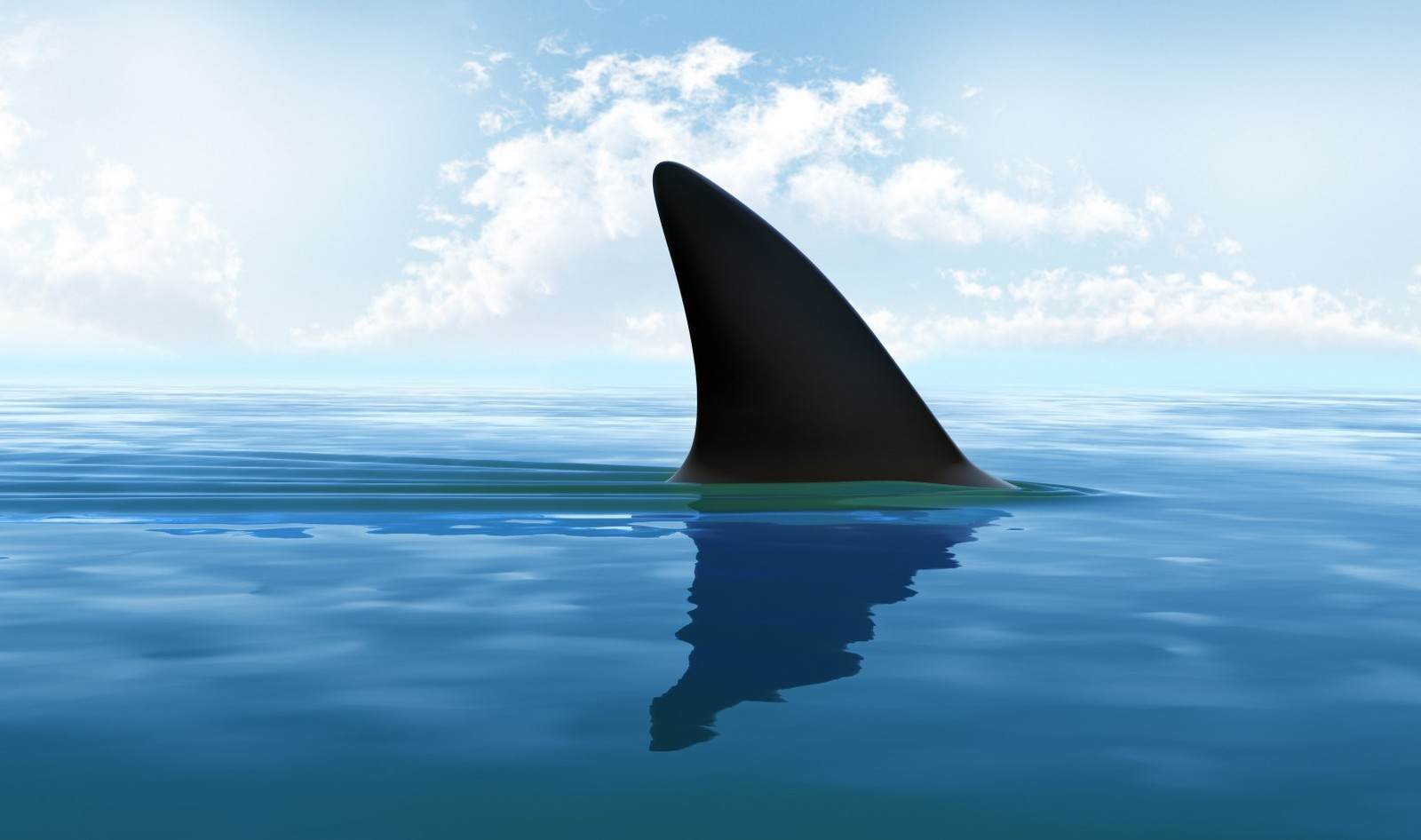 However, when many people see sharks, the first thing they think of is not death, but the smooth and elastic shark fin soup in the bowl. Due to the huge demand for shark fin and cod liver oil for many years, and the unrestrained hunting of fishermen,Just eat a quarter of this species that has dominated the ocean for 450 million years to the end of extinction!

There is a Wang surnamed "Gourmet V" recently posted a video on the Internet, saying "It took 5 days to cook a Buddha jumped over the wall", and the shark fin used was "artificially farmed" and not from wild individuals.

It is said that there is no killing if there is no sale. The public service advertisement that refuses to eat shark fin has become popular since it was broadcast. Many people consciously use fans instead of shark fin to protect sharks. But if sharks can be farmed in large numbers like cattle and sheep,The appetites of the gluttons are satisfied, and the lives of wild sharks and marine ecology are protected. Isn’t it the best of both worlds? 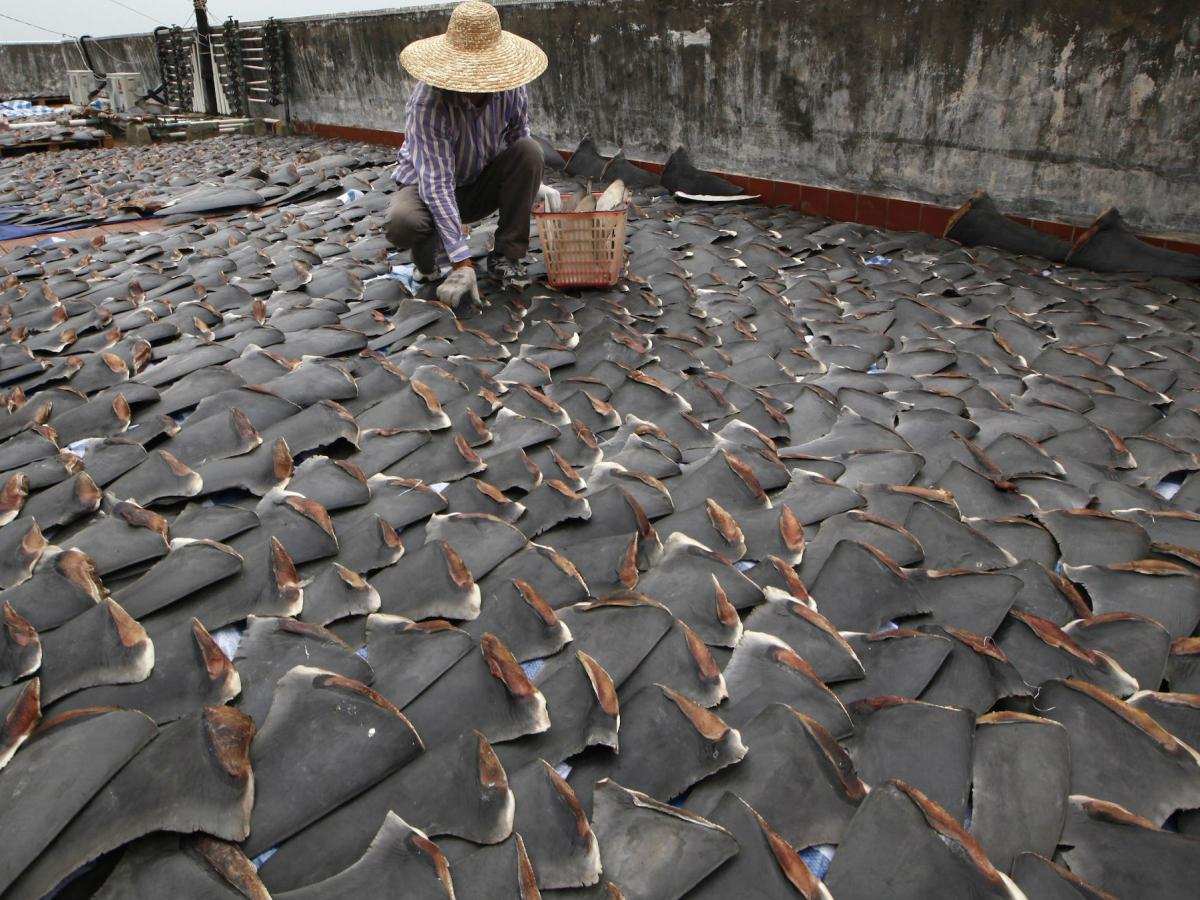 Shark fin is the shark's fin. After processing, the shape is not much different from that of the fans. About 80% of it is protein, and there are a small amount of fat, sugar and minerals. These things are not easy to absorb after people eat, and they are actually different from you.The composition of my fingernails is not much different. Orientals like to eat shark fins not because it is nutritious, but because the fishing industry was underdeveloped in ancient times, and the sharks that can be caught are very few.The rich and wealthy are compared with the luxury goods they consume. 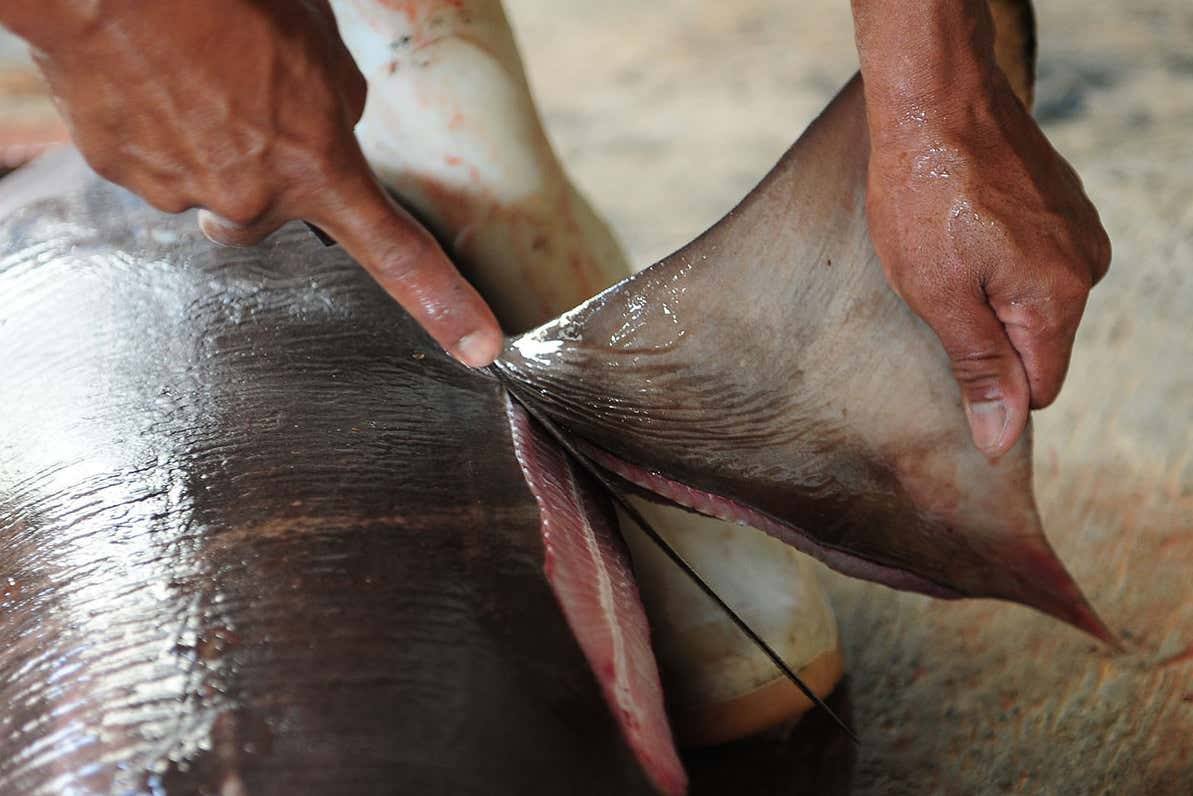 Fishermen cut off the fins with a sharp blade

The meat of the shark is easily broken into powder after being boiled, and it is not delicious. Not many people like it. After catching the shark, most fishermen cut off the most expensive fins and throw the fish back into the sea.

The shark relies on fins to swim. It does not have a swim bladder. Only by continuously swimming forward can it keep it from sinking. At the same time, let the water flow through the gills to filter out oxygen for survival. Once the fins are lost, the shark quickly sinks to the bottom of the sea and is not dead.Will die slowly in pain. 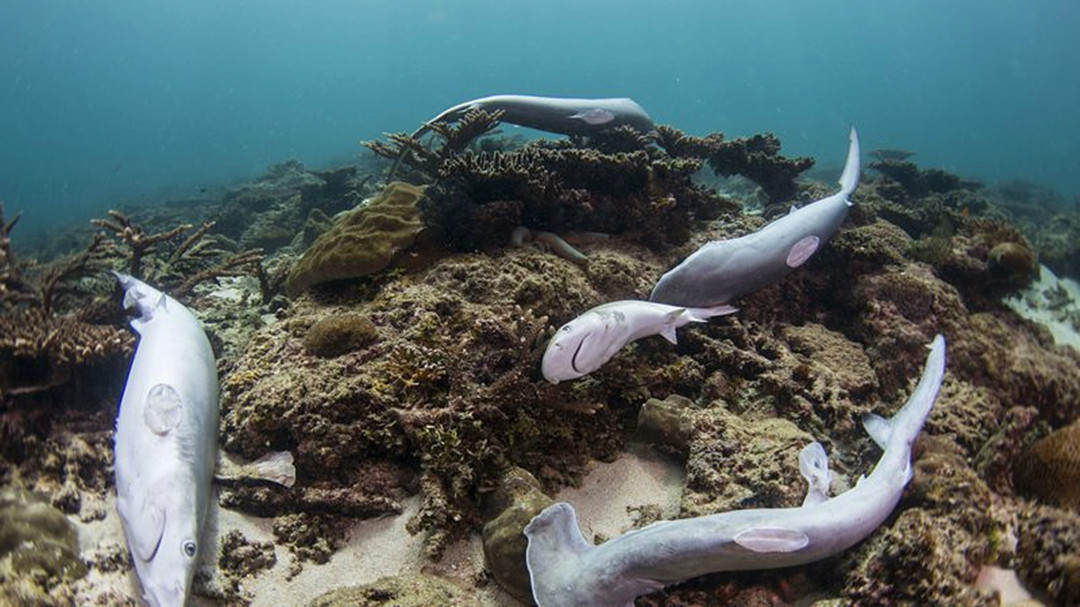 According to the Ocean Conservation Organization's estimates, the output of shark fins in 2000 was 1.44 million tons, and in 2010 it was 1.41 million tons. It is estimated that 100 million sharks are killed each year. Because the international price of shark fins 2009 is as high as US$300Per pound approximately 2260 yuan per catty, sharks were hunted and killed by fishermen in some European, American and Australian countries, causing hammerhead sharks, nurse sharks and other sharks in many waters to be on the verge of extinction.

Some people say that since there are not many wild sharks and the market has a strong demand for products such as shark fin and cod liver oil, we can artificially breed sharks! Now cage culture is very common, and even large migratory fish salmon salmon can be nettedBox farming, artificial shark farming should be fine too.

Is it feasible to raise sharks in captivity?

Indeed, with the advancement of marine fishery technology, cage aquaculture has become more and more mainstream. Many fish we eat today are raised in large net cages set up offshore. It was once thought that salmon is a large carnivoreFish need to migrate over long distances, and now they can also be kept in captivity in huge steel cages located in cold waters and make good profits.

Salmon can be artificially farmed into a commodity, can sharks also work? The answer is no.

Unlike salmon, sharks are a highly free carnivore, they need a very wide sea area for survival, which means that captive sharks require a large cage beyond your imagination, and an astronomical investment.

However, only a huge cage and a large iron cage can be used to raise sharks? No.

So far there is no successful example of large-scale commercial breeding of sharks. The reproduction speed of sharks is slow, and it takes 7 to 13 years to mature. Female sharks have a gestation period of 1 to 2 years and give birth to about 4 to 6 juveniles at a time.Sharks, if they can survive smoothly, you need to wait more than 7 years to harvest the fins. No fisherman is willing to wait such a long time. 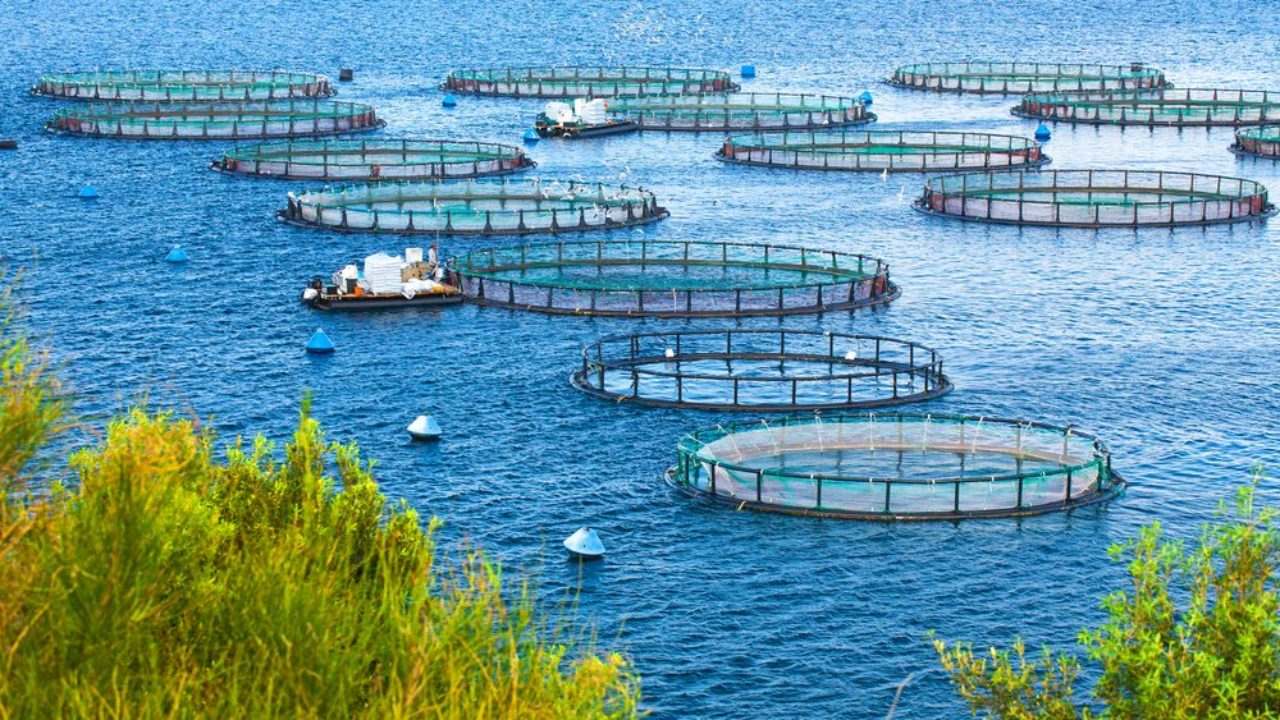 Take pig raising for example: the pigs on the farm are about 3-12 months old, the sows have a gestation period of 114 days, and have 7-12 litters, twice a year. One word: fast!

Norway farms salmon in the cold sea at high latitudes, and its natural conditions are similar to wild salmon, but in order to save costs, fishermen often pack several times as many fish in a cage. Crowded fish schools are full of feed and excretionIt grows in the dirty sea water and is covered with parasites such as fish and lice, and the case fatality rate is as high as 20%. Even so, each fish can grow at least 10 kilograms per year, even if it is cheaper than wild fish, it can also bring richness to fishermen.profit.

Compared with other fish, sharks need more space, have a longer growth cycle, and the investment is disproportionate to the return. Competing with "shark hunters", shark fishermen will inevitably lose out. 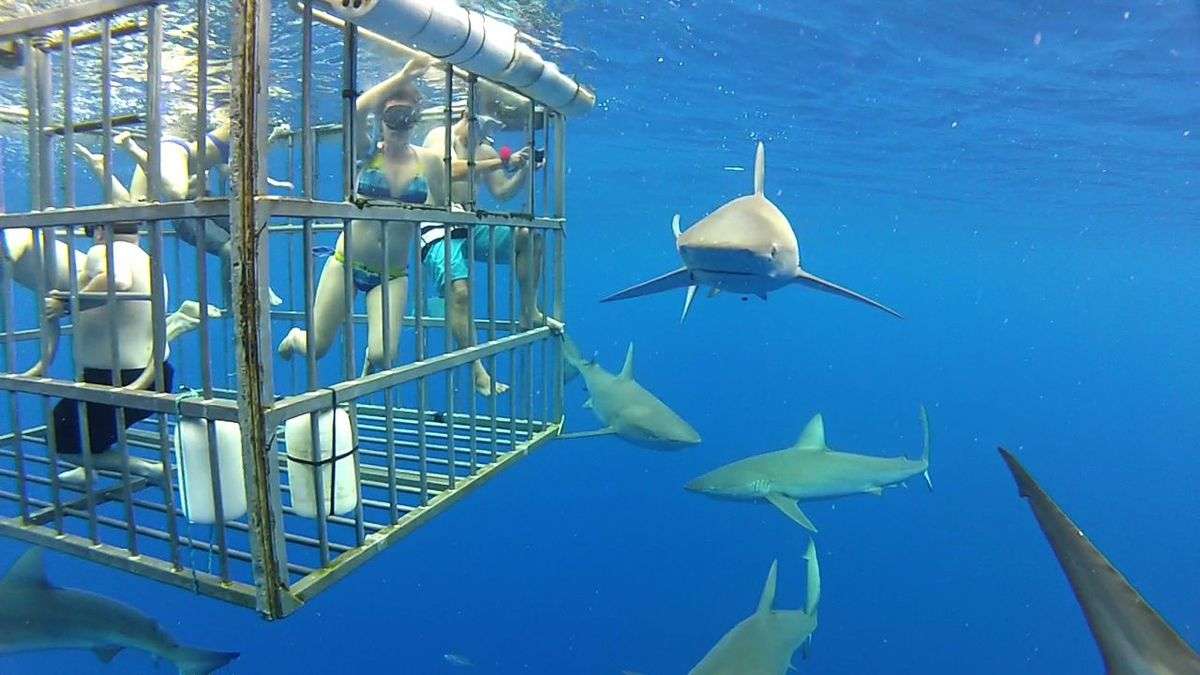 Sharks are more suitable for living outside the cage

So, why do some people insist on artificially farming sharks and selling "sustainable" shark fins?

If you count the shark fins sold by the "shark farmers" in a year, you will understand that the sharks they raise and the shark fins they sell are not in the same order of magnitude. The so-called "sustainable shark fins" are just an indiscriminate killing.A pretense, and at the same time give the diners an excuse for peace of mind. 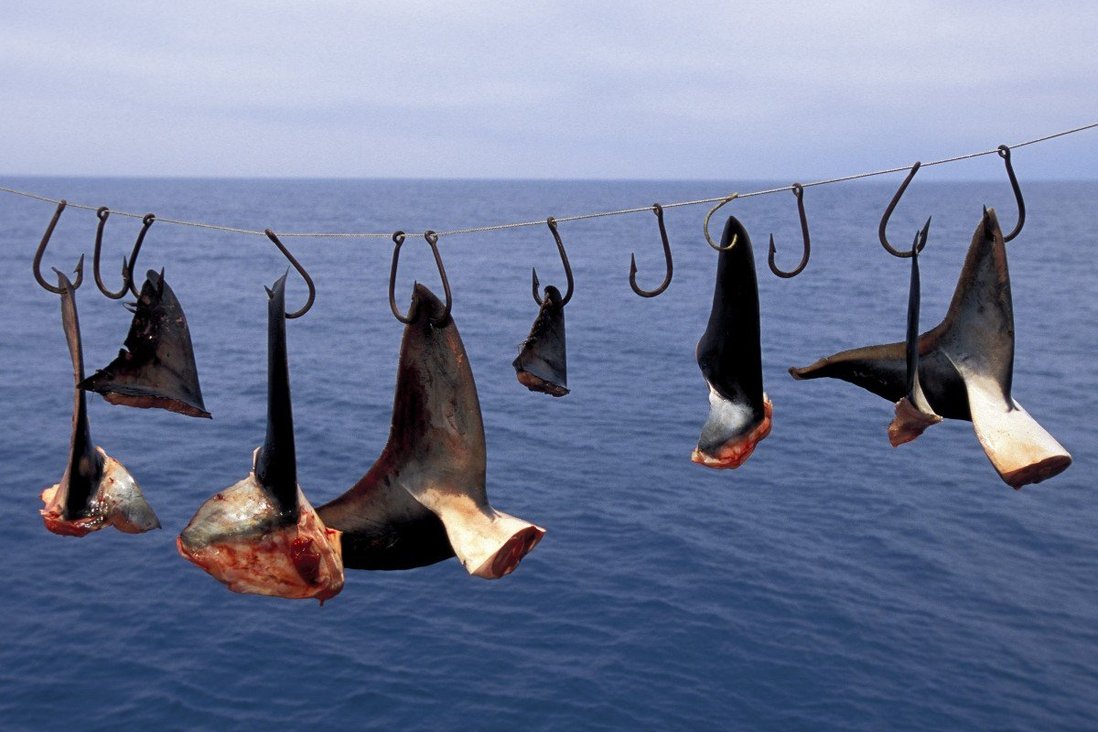 There is no killing without buying and selling

The good news is: With the continued promotion of "no sale, no killing", the global trade volume of shark fin has declined in recent years, and shark fishing has been banned in some areas. I believe that after some years of hard work, our future generations will not go.Only museums can find this kind of marine overlord. 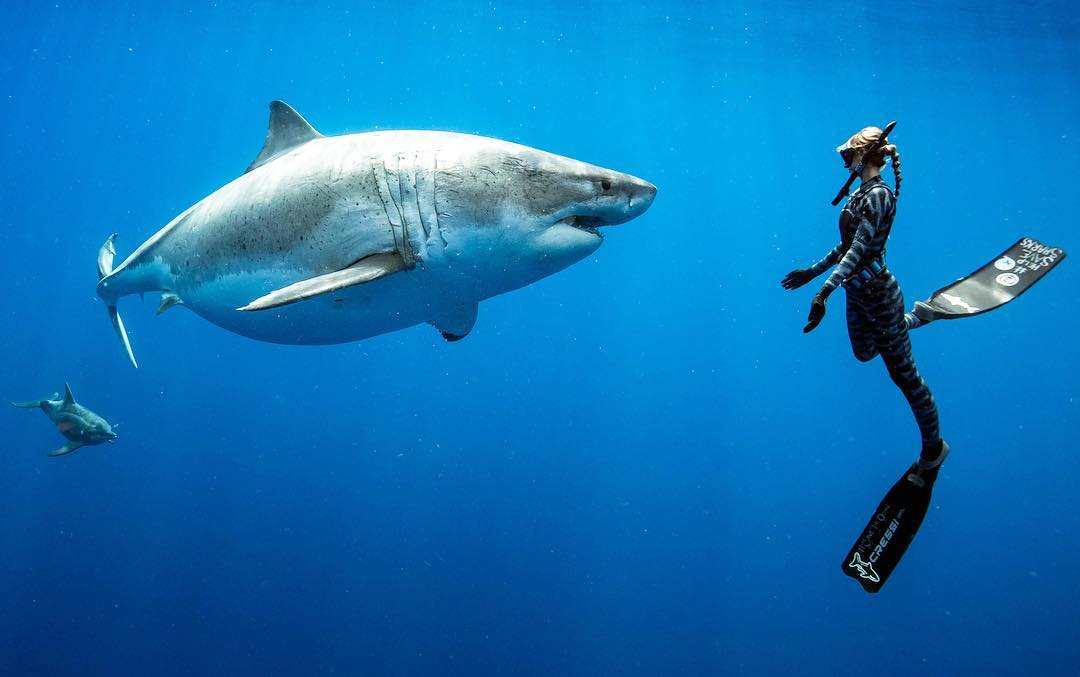 Most sharks do not actively attack humans